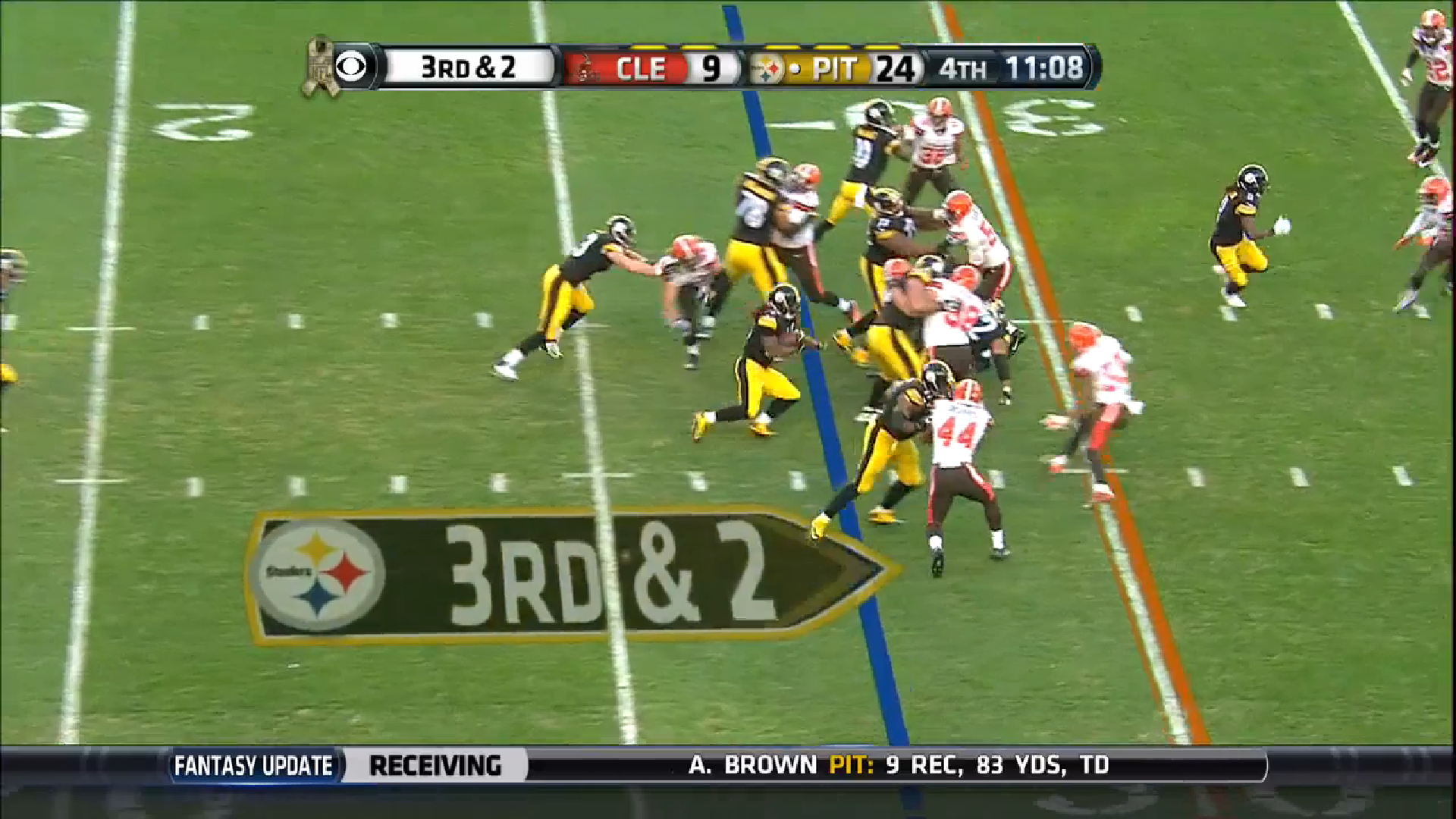 When all was said and done, the Pittsburgh Steelers finished the regular season as an offense that, overall, statistically, was just average in terms of converting on third down. They ended up ranked in the middle of the pack in terms of conversion rate. And in the postseason, they fell off a cliff entirely, converting at less than 20 percent.

Over the course of the season, the Steelers executed 193 plays on third down, sans penalties. 169 of those players were intended to be passing plays, as one might expect, versus only 24 designed running plays, though a handful of scrambles and kneel downs technically brought the run total up to 31 carries.

Of their 24 actual meaningful, intentional running plays, however, the Steelers gained a total of 51 yards, averaging just 2.125 yards per rushing attempt on third down. The average distances to go in those situations was 3.33 yards, but those figures include efforts to run out the clock, as well as draw plays not necessarily designed to get the first down.

Let’s look specifically at short-yardage running plays on third down, which will give a better estimate of the Steelers’ ability to run the ball in necessary situations over the course of the year. Of their 24 rushing attempts, 15 came in ‘short-yardage’ situations, defined by needing three yards or fewer to achieve a first down.

On those 15 carries, they needed an average distance of 1.267 yards, and gained an average of 1.067 yards, numbers that include losses of five and three yards. In all, they were successful in converting nine times, or exactly 60 percent of the time. Of the nine other plays, only a third and five was able to be converted successfully with a seven-yard gain.

Six of those 15 plays were run out of 11 personnel with three wide receivers on the field, and it produced five first downs, the dual threat of possibly throwing producing a layer of confusion against which the offense was able to run the ball.

In more traditionally run-heavy sets, the Steelers fared less favorably. Of four snaps that involved a leading fullback, the team only converted for a first down once, and that was the lone short-yardage snap out of which they ran from the 23 personnel, which involves three tight ends, or, as in this case, a tackle-eligible.

Interestingly, they only managed to convert twice in four snaps with three tight ends on the field in these short-yardage situations, including the 23 personnel snap. But they converted both snaps out of a 12 look, which provides the best balance between not tipping your hand as to the play call while being able to successfully run or pass.

It should be noted that only four of these snaps came within the opponents’ 10-yard line, and only two were in goal-to-go scenarios. In these scenarios, they scored one touchdown from one yard out and secured a first down to set up first and goal, while the other two run plays failed.