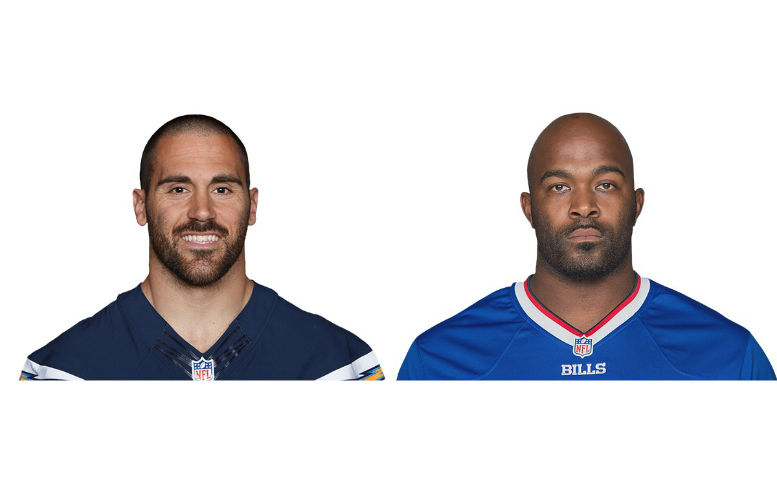 With the 2015 NFL regular season winding down, we already have a good idea as to which players from other teams will hit free agency during the offseason due to their current contracts ending or them having their contracts terminated early by their current teams. Two such players, San Diego Chargers safety Eric Weddle and Buffalo Bills edge rusher Mario Williams, already appear to be firmly planted on the wish list of several fans of the Pittsburgh Steelers.

We’ve talked about Weddle possibly landing in Pittsburgh way back in Week 5 thanks to Steelers head coach Mike Tomlin gushing over the veteran safety during his weekly press conference leading up to the team’s Monday night game against the Chargers. Would Weddle be a good fit in Pittsburgh both defensively and in the locker room? Absolutely he would, but he will also turn 31 in a few more days and will likely command $4 million or more a season on a multi-year deal in the coming months.

Weddle’s 2015 season came to an end this week as the Chargers placed him on their Reserve/Injured list with a groin injury that has caused him to miss 3 games this year. This year also marked the first time since 2009 that Weddle failed to play in all 16 regular-season games. Is this the beginning of more problems for him?

As for Williams, the Bills will likely cut him prior to the start of the new league year as he’s scheduled to earn $11.5 million in 2016.  Additionally, Williams, who like Weddle will turn 31 in January, saw his sack production drop off tremendously in 2015 as he’s recorded just 4 of them after registering 14.5, 13 and 10.5 in his previous three seasons with the Bills.

While Williams is no longer worth a yearly average of $16 million a season, he’ll still likely command a third of that in free agency if he indeed winds up being a cap casualty. Here’s one other thing to remember about Williams. He’s not fond of dropping into coverage in a 3-4 and is best-suited to play defensive end in a 4-3 defense. Additionally, Williams is rumored to not be the greatest person to have in a locker room.

Of Weddle and Williams, the former would be more likely to land in Pittsburgh in 2016 than the latter would. With that said, it’s worth pointing out again what I have written several times and that’s the fact that the Steelers generally don’t go after defensive free agent players on the wrong side of 30. However, if Weddle’s price is right, he would be worth the risk and especially if the guaranteed money is low.

The Steelers will need help at the safety and outside linebacker positions in 2016 and while they’re not normally big players in free agency, they should think long and hard about filling those two positions with experienced players who still have a few productive years left in them while also addressing the needs in the draft.