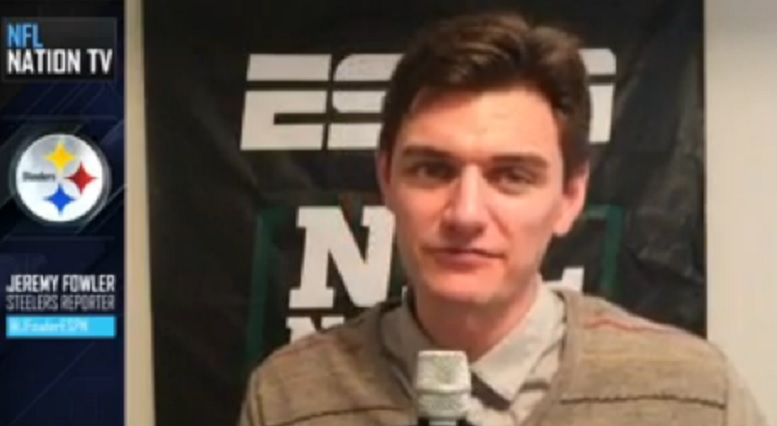 During his recent end of the season press conference, Pittsburgh Steelers head coach Mike Tomlin let it be known that he’s uncertain as to how the team’s backup quarterback situation will play out in 2016. In that declaration, he certainly didn’t give former fourth draft pick Landry Jones a ringing endorsement when it comes to him possibly being the backup to starter Ben Roethlisberger next season.

“Depends on what my options are,” Tomlin said when asked if Jones might be the No. 2 next season.

Due to Tomlin’s recent comments, combined with the fact that veterans Bruce Gradkowski and Mike Vick aren’t currently under contract for next season, several are speculating that Steelers might just select another quarterback in the 2016 NFL Draft. In fact, in a recent video for ESPN.com, Jeremy Fowler went as far as to suggest that the Steelers will take a long look at the quarterbacks that are taking part in this year’s Senior Bowl.

“Watch out this week at the Senior Bowl, I think the Steelers are going to look at the quarterbacks and take a very hard look,” said Fowler in his video report. “Dak Prescott, Carson Wentz, a lot of guys they can look at as potential backup quarterbacks to Ben Roethlisberger.”

Outside of North Dakota State quarterback Carson Wentz, this year’s crop of Senior Bowl signal-callers isn’t very appealing as a whole. In other words, unless Wentz were to somehow fall to the Steelers 25th overall selection in the first round of the 2016 NFL Draft, you can probably assume they won’t be drafting one in the first three rounds as they just have too many areas of need at other positions that have to be filled.

Even if Wentz were to fall that far, the Steelers would be wise to trade away their pick in order to acquire more early-round draft selections.

Personally, I will be surprised if the Steelers draft a quarterback at all in the draft. However, even if they do select one, the chance of that player being the backup to Roethlisberger in 2016 would probably be very slim.

While I’m not a huge fan of Jones, who is about to enter the final year of his rookie contract in a few more months, at least he improved some this past season. While him jumping Vick on the team’s depth chart midway through season shouldn’t be seen as a huge accomplishment, he made the jump nonetheless.

Look, Roethlisberger’s new contract that he signed last offseas9on now has him tied to the Steelers through the 2019 season. In other words, they fully expect him to be their starter for the next four seasons. Could the Steelers stand to upgrade their backup quarterback situation? Absolutely, but I’m not convinced they’ll be able to do just that via this year’s draft and especially if they don’t select one in the first three or four rounds.

Fowler, in my opinion, is sensationalizing the Steelers possibly wanting to draft a quarterback this year. Is the organization currently scouting this year’s crop of Senior Bowl quarterbacks? Sure, probably, but just as they do every year while down in Mobile, AL, they’re likely scouting most all of the players in attendance in order to learn more about each and every one of them.

Ever since Roethlisberger was drafted back in 2004, the Steelers have always had a backup with experience on the roster to back him up. If they ultimately decide that Jones, Gradkowski or Vick are no longer able to fulfill that role, I fully expect them to sign one on the cheap during some point of the offseason.