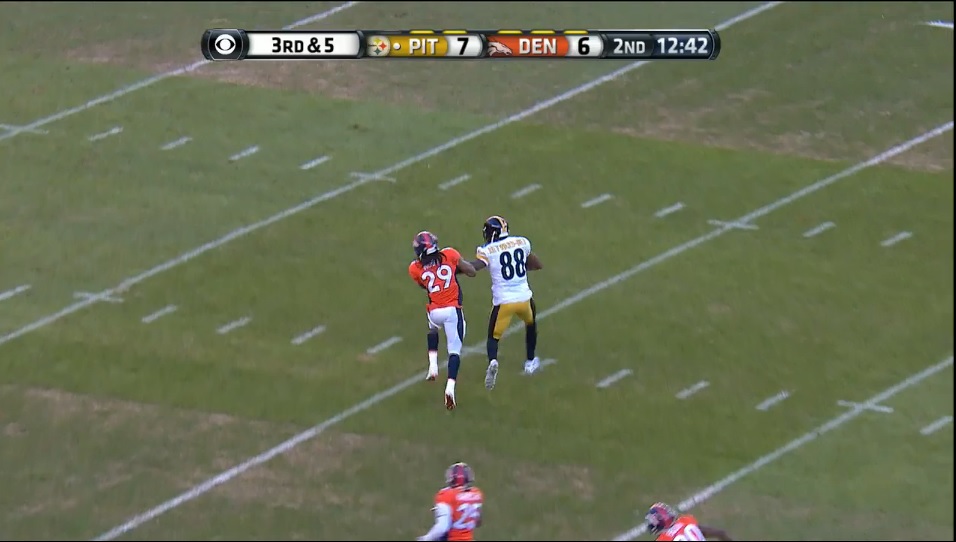 If you’re a fan who has been paying attention, you should want Darrius Heyward-Bey back. He’s fast, the Pittsburgh Steelers’ best blocker, multi-facet special teamer, and a hand-in-the-pile guy. But getting a first-hand look at Sammie Coates yesterday could be the decision that causes him to bolt out of Pittsburgh.

Like any to-be free agent, it takes two to tango. The team has to want him back and the player has to want to come back. The first box is checked, at least, it should be. If DHB came to me saying he wanted to return, I’m all over it. But he has to see the writing on the role. This isn’t a player whose role is going to expand. It’s going to shrink. There’s only so long he can hold off Coates, who gave fans a glimpse at what he had reportedly been showing in practice the past two months.

Heyward-Bey turns 29 in a month. The shelf-life for a backup WR, as much as I like him that’s who he is, isn’t very lengthy. That speed, the first thing that comes to mind with him, will only be around for so much longer. If there’s a time to wring out one last opportunity to be a little more than what Pittsburgh holds for him, a chance to be a #3 in another system when he’s firmly planted as the #4 here and with Coates – maybe worse than that – it’s now. And that’s hard to ignore, regardless of whatever personal feelings he harbors for the organization.

Take another two year deal with Pittsburgh, fight, claw, and scrap for snaps, and then you’re 31 and your career is basically over. I bet his heart is telling him to stay in Pittsburgh, a strong organization, a winning culture, good teammates, but his brain is telling him there is a better opportunity elsewhere.

There are plenty of teams who don’t have near the depth and talent, and his play this season rebuilt some of his value. He made some splashy plays, some gritty ones, and showcased his talent about as well as you can. Averaging 15 yards per catch and two touchdowns isn’t a bad year for what he had to work with.

As you can probably tell, losing him would have an underrated impact. And it may put additional pressure on Coates to be a quality special teamer, full well knowing that Coates isn’t going to bring the value DHB has on that unit.

He isn’t going to headline this group and the team will not implode if he doesn’t return. Special teamers are nomads, rarely settling in one spot for an extreme amount of time. Talented guys in the same light as him have come and gone before: Sean Morey, Clint Kriedwalt, Chidi Iwuoma, Arnaz Battle, Patrick Bailey, and Anthony Madison. Heyward-Bey has offered more offensive value than that, sure, but the point remains basically the same. But it doesn’t make the chore any easier or less important.