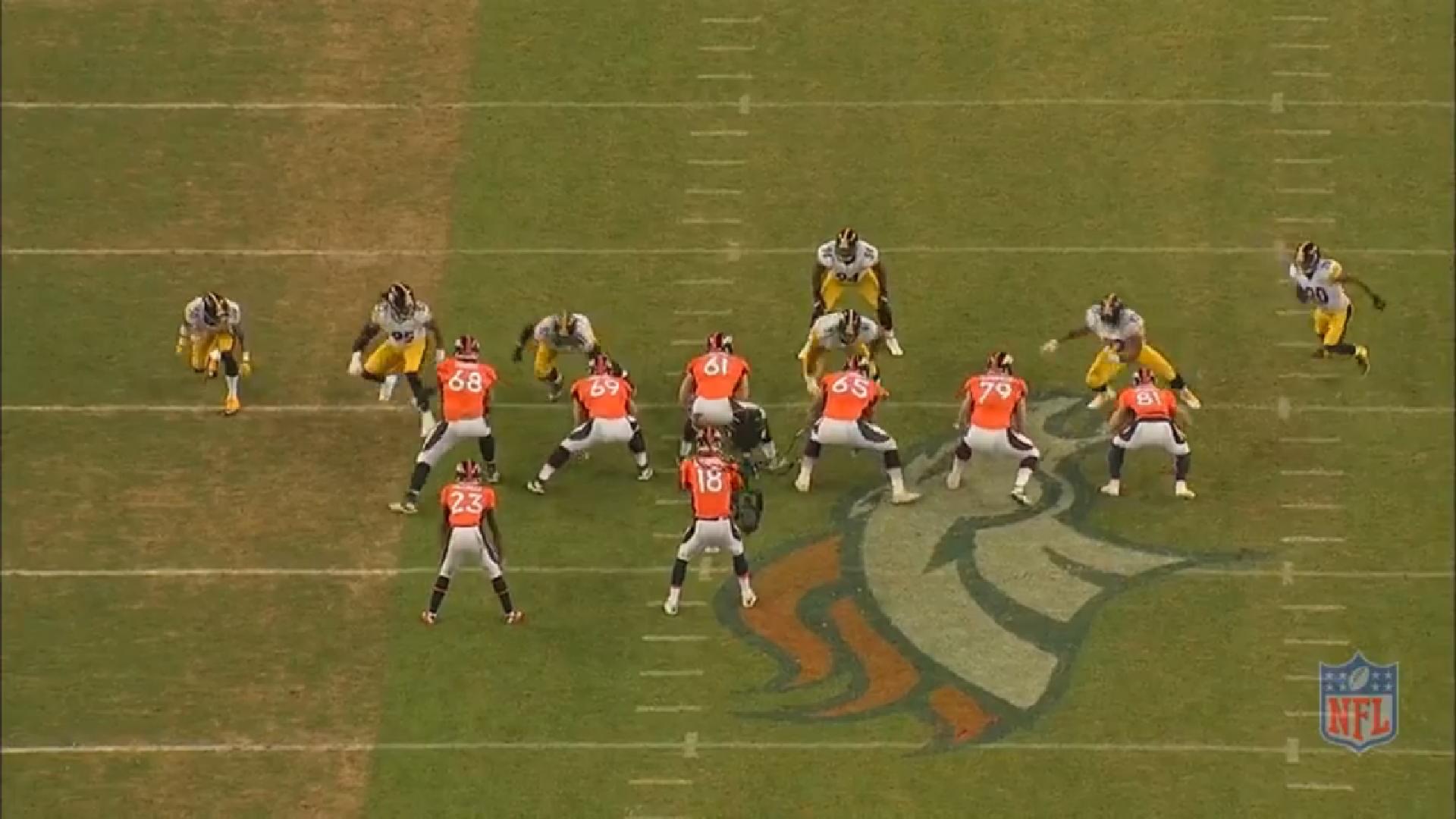 Pittsburgh Steelers outside linebacker Arthur Moats played just one snap in the team’s Divisional round loss to the Broncos, and it was on the punt coverage team. After the offense went three-and-out to open the game, he served along the wall immediately right of the long snapper, and as the return continue down the field, he made a forcibly awkward tackle attempt that resulted in a pectoral injury that knocked him out for the remainder of the game.

Correspondingly, that left a much bigger workload for rookie Bud Dupree to manage, and the Steelers really didn’t give him much rest against the Broncos’ 74 offensive plays run, the last of which was, of course, a kneel down—one of the handful of snaps that they gave him off, naturally.

The coaching staff did what they could to get him off the field, but there was only so much that they could do to tweak the four-man rotation that they had employed for all but one game this season, when Jarvis Jones missed one game in Week Six and Moats was asked to split time on both sides. Each of the three linebackers—including James Harrison—played 46 to 50 snaps in that game.

Harrison also missed a game himself, but rather than give Jones an increased workload or ask Moats to constantly flip back and forth, the coaching staff gave Anthony Chickillo about a couple dozen snaps to take some of the load off of Jones.

That was not the case for Dupree. Chickillo did not see a snap on defense, and Moats, the only one of the linebackers accustomed to and familiar with playing on both sides of the defense, was unavailable, so they were forced to improvise with their two right outside linebackers.

Not that they hadn’t done it before. In the Steelers’ second meeting of the season with the Bengals, Dupree suffered a minor injury that limited him to about a dozen snaps during the game. To make up for that, the defense used Jones and Harrison on the field at the same time as the edge rusher for about a dozen snaps or so.

In these instances, Harrison was consistently left on his familiar right side, while Jones shifted over to the defensive left end to take some of Dupree’s snaps in the rotation when Moats was not on the field. The defense was relatively successful in that formation.

Against the Broncos, they had to fill an entire game’s worth of snap with their three outside linebackers healthy, with Chickillo excluded perhaps because he had not been worked into the rotation during the week of practice.

In the middle of a Broncos drive that spanned the first and second quarter, Jones moved to the left side to replace Dupree while Harrison remained on the right side as the second quarter began. The defense got off in three plays.

In the middle of the third quarter, it was Harrison’ turn to flip over. After a 19-yard completion on the first play, the Broncos punted three plays later. The Steelers’ first defensive drive of the fourth quarter also consisted of four plays followed by a punt, with Harrison lined up on the left side for one of them.

Ultimately, Dupree was asked to play a career-high 62 snaps, while Harrison played 53, and Jones logged 33 snaps, curiously enough. It is a bit surprising that they didn’t give him more snaps on the left side rather than having Dupree log 85 percent of the team’s snaps.