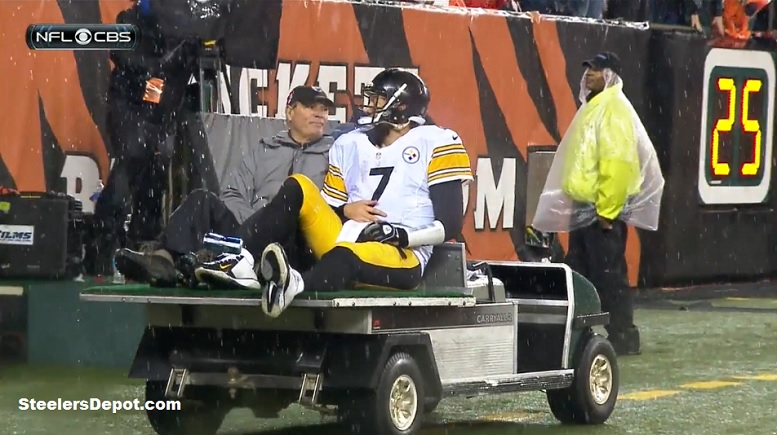 Every fan base has a group that is totally classless and the Cincinnati Bengals certainly had their portion of them in attendance Saturday night at Paul Brown Stadium for the AFC Wild Card game against the Pittsburgh Steelers.

When Steelers quarterback Ben Roethlisberger injured his shoulder late in the third quarter of the game, fans were not only cheering the injury, a few threw trash in the form of empty bottles from the stands as he was carted off to the locker room to be further examined.

If that wasn’t bad enough, when Steelers wide receiver Antonio Brown suffered a shot to the head from Bengals linebacker Vontaze Burfict, one fan really took it to another level, according to Tom Jackson of ESPN.

“One person, out of 75,000, yelled at the stadium when Antonio Brown was down, ‘I hope he’s dead.’” said Jackson Sunday morning.

I get rooting for your own team and being passionate, bur wishing injury on another player is certainly where I draw the line. Sure, the Steelers fan base is not immune to these kinds of people as I have seen it first-hand on Twitter.

There’s no need for these kind of reactions whatsoever and fans of teams need to do a better job of policing their own when it comes to stuff like this as it ruins the game for those that know how to act right.