The injury report has not been kind to the Pittsburgh Steelers as they prepare for this Sunday’s game, but we’ve gotten our first piece of real positive news regarding Antonio Brown.

On his Snapchat, which you can follow at ab84official, he said.

“Energy finally got back up. Been a long week. got hit in the head. Finally feeling better. Making good strides.”

The caption on the video he took implies he will be practicing tomorrow. 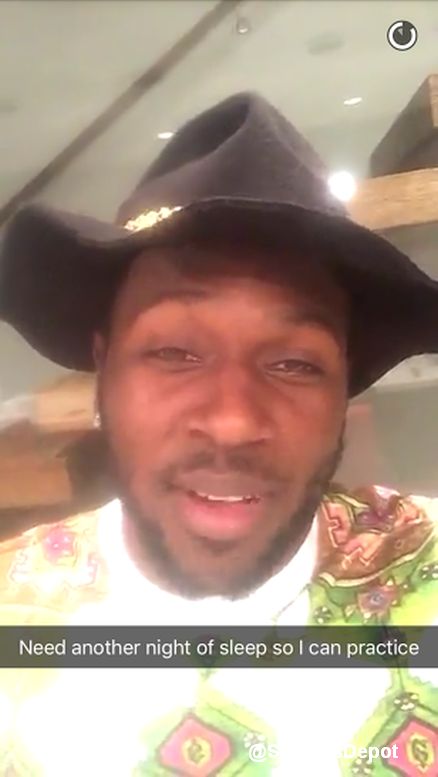 There have been contradictory reports on Brown’s status throughout the early part of the week. But the simple fact was that Brown had to go through protocol and see how his body responds. It’s not an injury that can be determined immediately right after the game.

Brown’s own prognosis is encouraging but certainly no guarantee he will be able to play Sunday against the Denver Broncos. How the body responds after exertion, like going through practice, is an important step of passing the league’s concussion protocol.

Look for the team to have an official update on his status tomorrow afternoon.