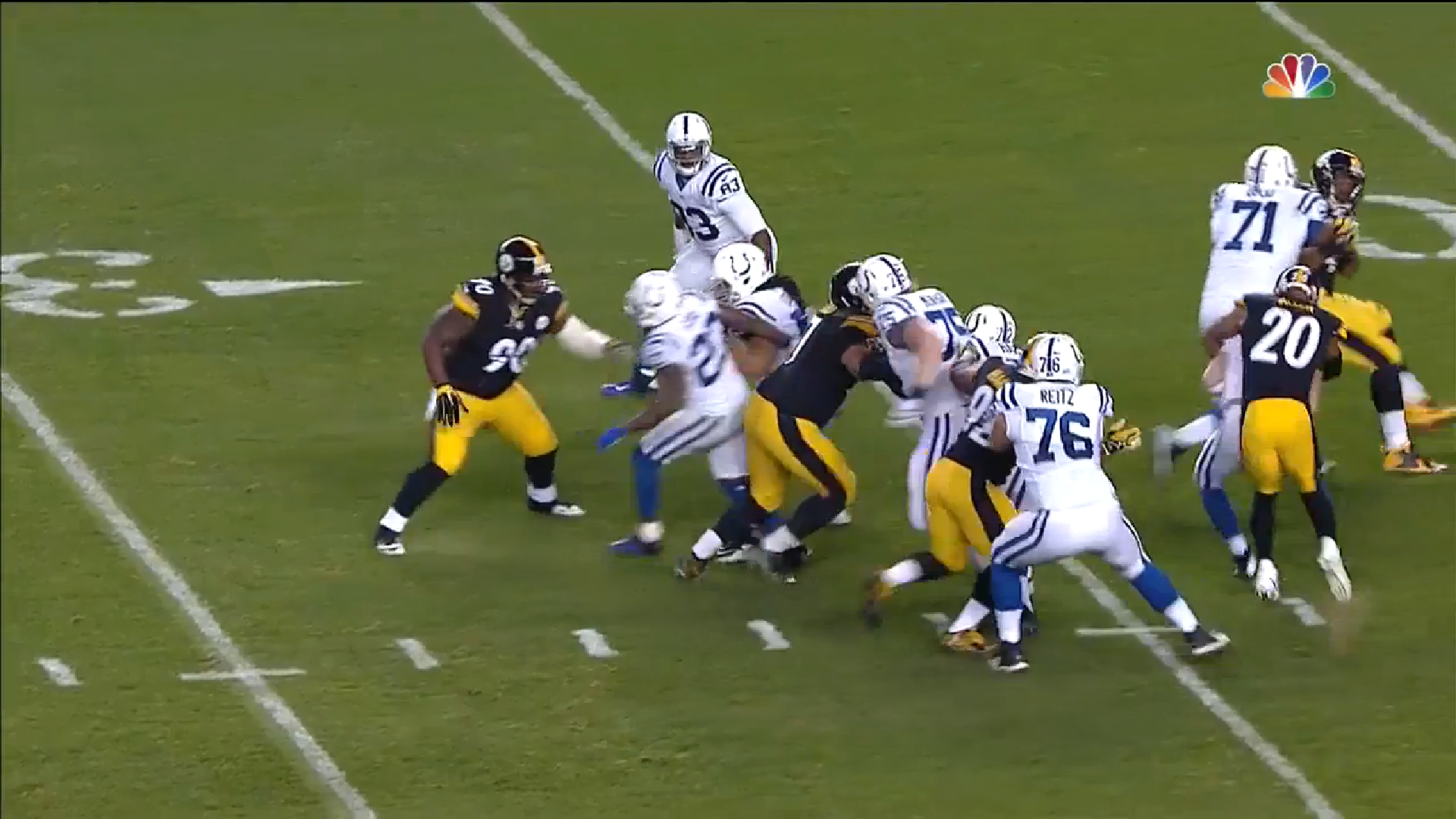 Secondary blitzes were once a pretty notable part of Dick LeBeau’s defense with the Pittsburgh Steelers, particularly at its peak around the time of the team’s most recent Super Bowl appearance. All of the other pieces were in place to make the blitz of a defensive back most effective, and it got results.

For example, in 2009, the Steelers managed to rack up three sacks from the secondary, with William Gay, Ike Taylor, and Tyrone Carter each notching one for themselves. In 2010, Gay had two sacks, as did Bryant McFadden. Taylor, Troy Polamalu, and even Anthony Madison added one, for seven sacks coming from the back line.

LeBeau’s defenses had begun to move away from pulling the secondary out of coverage as often over the course of the last few seasons as some core pieces of the front seven aged and eventually retired or let go. It became too much of a risk in his system.

But Keith Butler this season has given the defensive backs a bigger role this season in his blitz packages again, which is something that we saw even early on in the preseason. Shamarko Thomas managed to bring a quarterback down in one exhibition game.

The biggest evidence to this fact would have to be the sack column for 12th-year safety Will Allen. The 33-year old had gone 11 seasons without notching a single sack in his career. In spite of the fact that he has missed most of four games this year, he has been able to pick up two sacks on blitzes in 2015, including his second Sunday night against the Colts.

While Gay also has a sack this year, it’s not one that came as a result of blitzing. In fact, the 30-year old has not blitzed often this year—it’s typically been a safety that blitzes under Butler thus far—perhaps in part because he is needed in coverage.

No other defensive back has yet been able to get home on the blitz, but that is not to say that the safety blitz has not been a notable part of the defense, or that it has been ineffective. Both Mike Mitchell and Robert Golden have blitzed successfully this year for the Steelers, influencing throws and getting a takedown or two in the process.

Mitchell, you’ll remember, actually had four sacks with the Panthers the year before he came to Pittsburgh, though he has yet to notch his first sack in a Steelers uniform. He has generally done fairly well while blitzing, and has gotten close a couple of times. It’s just a matter of time before the first domino falls for him.

Under Butler—and maybe without Polamalu in the lineup as well—the roles and responsibility of the secondary have gotten a bit more varied this season, from exercising different coverages to becoming a bigger part of the pass rush. They have also used the run blitz effectively often this year. For as much as the secondary is rightly viewed as the Achilles’ heel of this team, it’s not a bad idea to keep in mind the things they have contributed and done well.