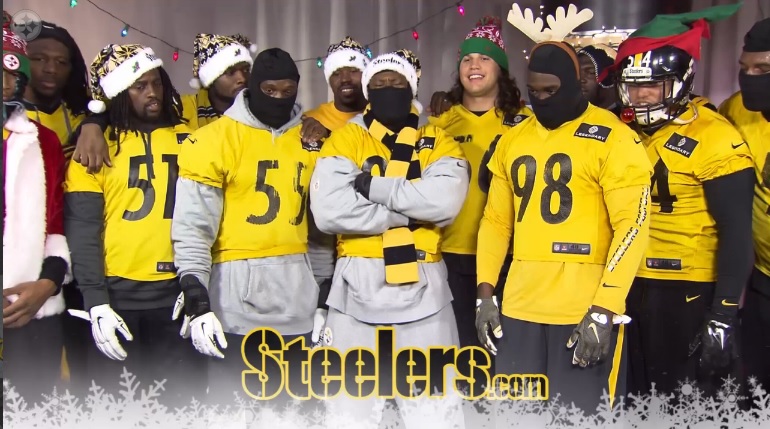 As is tradition, the Pittsburgh Steelers got together to bring you their rendition of some popular Christmas songs. Check out James Harrison and Vince Williams hammer out the baddest Christmas tune around and DeAngelo Williams hit some high notes.

See what other players feel the holiday spirit and which ones were Grinches, refusing to sing (we’re looking at you, Steve McLendon).

The songs were broken down by position groups and it was a nice touch to see almost every coach join in on the singing. Todd Haley will never be on American Idol but props to him for giving it a try.

As it feels like every year, the tight end group was the least spirited. When James Daniel is the most energetic one, you know you have an issue.

Regardless, this is a hilarious video featuring some of the worst singers you’ll see. Even TMZ crowned this bunch as the worst carolers ever, leading Arthur Moats to send out this tweet.

Again, check out the video. It’s one you don’t want to miss. In case you missed it, here again is the link.