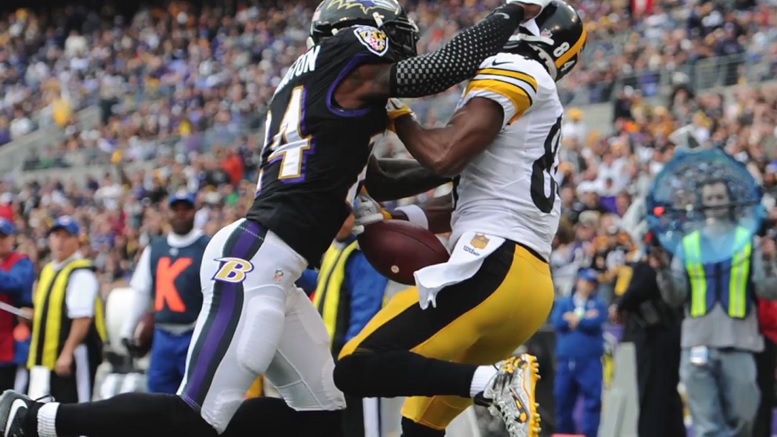 While it doesn’t mean anything at this point, Mike Pereira, the NFL’s former Vice President of Officiating and current rules analyst at FOX Sports, believes Pittsburgh Steelers wide receiver Antonio Brown was robbed of a touchdown early in the second quarter of the Sunday loss to the Baltimore Ravens.

On the first play of the second quarter, it appeared as though Brown caught a 16 yard touchdown pass from quarterback Ben Roethlisberger just inside the sideline. In fact, it was even ruled a touchdown on the field before it was ultimately reviewed and reversed. Pereira, however, believes the catch should’ve stood as it was called on the field.

I think, even though it was overturned and reversed to an incomplete pass, I think it stands, said Pereira. “The right hand is on the ball, then the left hand goes on the ball, the ball does move a bit, but does he lose possession totally in the process? I really don’t think he does and if I had my choice and I was the one making the decision, I would’ve left it as a touchdown.

Even though the play was overturned, the Steelers still had one more crack at the end zone on third down and he threw incomplete to wide receiver Markus Wheaton. The Steelers then had to settle for a field goal.

I will try to get a better slo-mo replay for you in the coming hours and while this play wasn’t the reason why the Steelers lost on Sunday, those extra four points certainly wouldn’t have hurt.