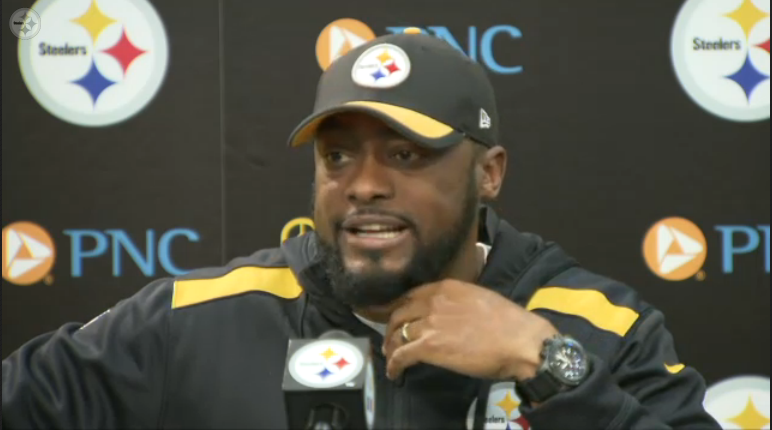 If you are one of the many hoping that Pittsburgh Steelers cornerback Antwon Blake will be permanently benched, you may as well give up.

During his Tuesday press conference, head coach Mike Tomlin was asked once again about the cornerback rotation he’s currently using and specifically about what his thought process when it comes to the usage of Blake, who played the first three defensive series Sunday in the teams win over the Cincinnati Bengals.

“We got a rotation there and we’re going to play all guys. Largely, at the end, we want to utilize all guys in an effort to spread the labor around and maybe get more quality contributions in special teams from all guys, said Tomlin. “So our approach hadn’t changed and from a week ago, I’m not going to get into the minutia of specifically why we choose to employ him, when we choose to deploy him in our packages. Just rest assured that were going to continue to play all of those guys and all of their contributions are significant and for a lot of reasons, not only defensively.”

Tomlin doesn’t have to go into the minutia because it’s pretty much spelled out already when you look at the snap counts and usage from the last two games. For starters, Tomlin uses Blake in both the base and nickel packages at the start of games for two or three series. Once Blake has a few special team snaps under his belt in a game, Brandon Boykin starts seeing the field in the team’s nickel package.

Now, the Steelers have had nice leads in each of their last two games and that obviously results in opposing offenses needing to throw the football more. That seems to be when Boykin is getting his most playing time. What will happen if games remain close moving forward? Will William Gay remain in the slot with Blake and Ross Cockrell playing outside? We’ll see, but I’m still willing to bet that Boykin will still receive his fair share of snaps even if he doesn’t play much in the first quarter.