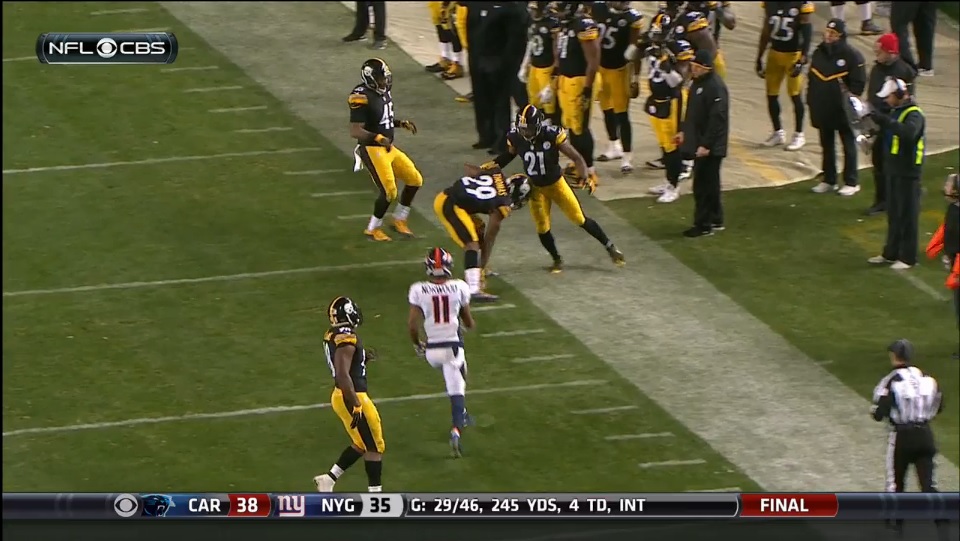 It wasn’t the first time Shamarko Thomas has shown a mental lapse. But Sunday’s mistake was nearly his most costly. Thomas failed to pick up the football on a punt he was attempting to down, allowing returner Jordan Norwood to pick it up and score. Had it stood, it would’ve given Denver a 34-20 lead late in the third quarter. Luckily for Thomas, even the Denver offense assumed the play was dead, and they were penalized for stepping onto the field, negating the touchdown.

Yes, Thomas’ left toe did appear to be out of bounds while grabbing the ball, possibly overturning the touchdown if the penalty never occurred. But it doesn’t excuse the mistake and with the state of officiating in 2015, no one should be comfortable in seeing the right call ultimately being made.

“I’m sure he’s very aware of the rule. I didn’t have a conversation with him because I didn’t deem is necessary. It’s like acknowledging that the sky is blue. He needs to pick the ball up and hand it to the official.”

Tomlin has referenced Thomas’ struggles “above the neck” before, issues that got him benched before the regular season ever started. It’s what has held back a promising skillset, a player who can fly to the ball and hit you, and reduced him to a core special teamer. There are worst things in the world than that but far from what the team expected after trading up to draft him.

As you’ll see in the GIF below, Thomas never picks up the football and lets it go despite never hearing a whistle from the official standing  next to him. He assumed the play was dead and it was an assumption that could’ve cost the Steelers the game. And maybe their season.