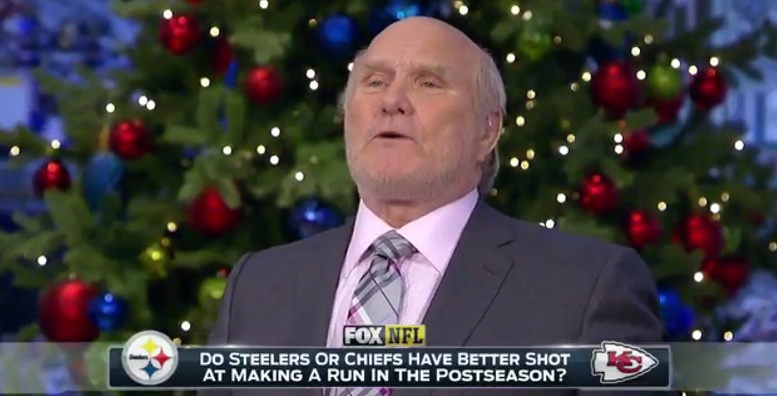 Pittsburgh Steelers Hall of Fame quarterback Terry Bradshaw has pointed to the fence and called his shot as it relates to which team will win Super Bowl 50 this season.

Bradshaw’s prediction this week really isn’t too far-fetched based on the way several things have transpired over the course of the last few weeks. For starters, the Cincinnati Bengals losing starting quarterback Andy Dalton for the remainder of the season last Sunday certainly hurts their Super Bowl chances. Additional, the New England Patriots have lost a few players to injuries recently.

Earlier in the week, Bovada released their latest Super Bowl odds and it included the Steelers now having the second-best odds in the AFC.

The Steelers certainly could use a win later today over the Denver Broncos as it would result in them being the No. 6 seed in the AFC with two weeks remaining.

"The @Steelers will WIN the Super Bowl" – Terry Bradshaw https://t.co/Tqmy1yYL21