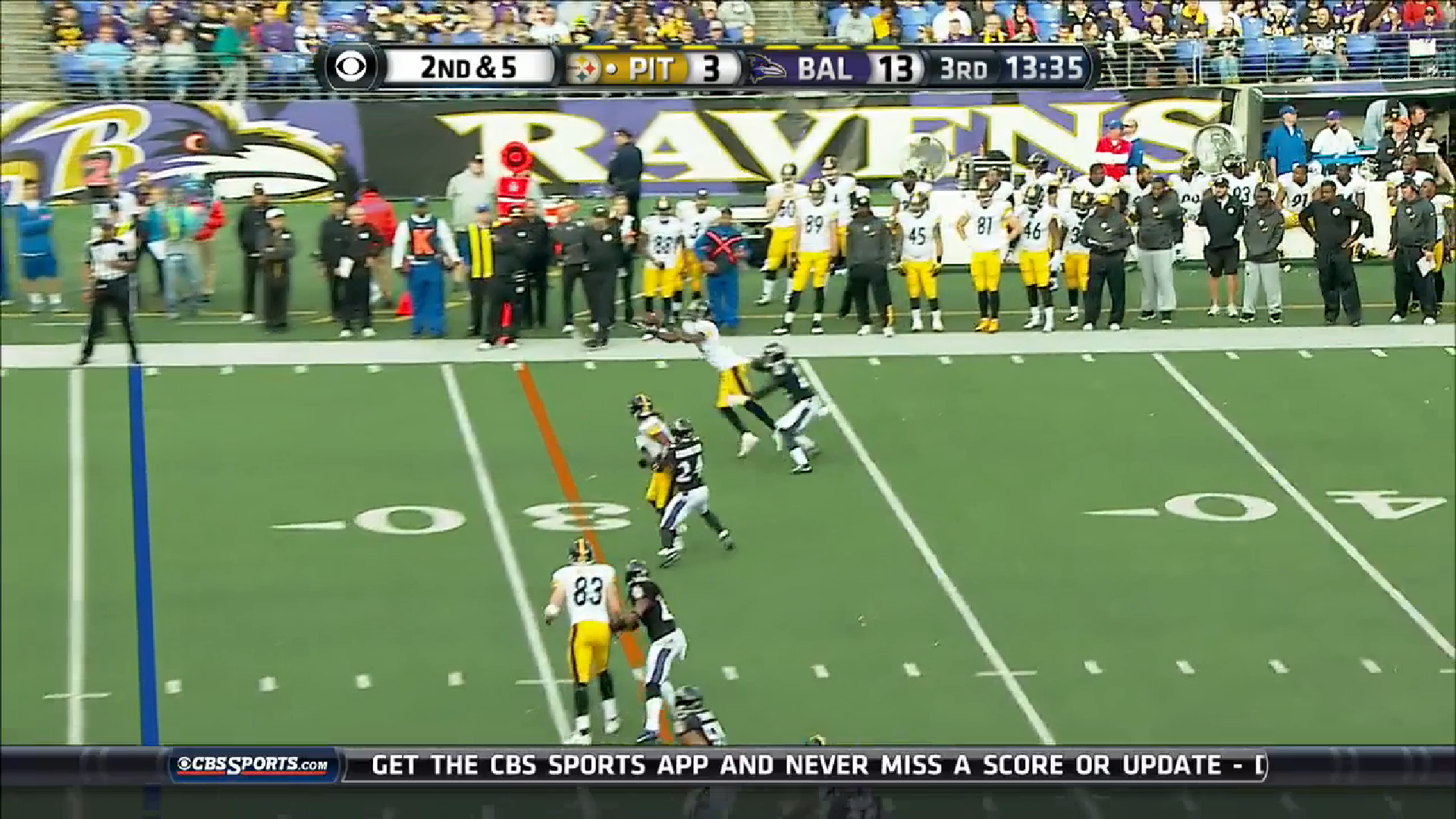 Among the many things that the Baltimore Ravens defense attempted to do to limit the Pittsburgh Steelers’ offense was to consistently put two defenders on Antonio Brown to try to take him out of the game. That strategy was only partly successful, but by the scoreboard, it is obvious that it was enough.

At the end of the game, Brown had seven receptions for 61 yards, which is an okay game, though he also potentially had a touchdown taken away from him, which at least one former NFL official believes should have stood.

Nevertheless, the point is that, with the Ravens’ concerted effort to limit Brown’s impact on the game, it became imperative that the Steelers’ other wide receivers—chiefly, of course, Markus Wheaton and Martavis Bryant—stepped up to fill the void. Largely, they did not.

Wheaton, at least, had three receptions for 41 yards, including a 19-yard gain, which was the Steelers’ fifth-longest play of the game. He caught three of six targets from Ben Roethlisberger, while a fourth drew a seven-yard pass interference call. Another pass was defended.

Bryant, however, totaled just 10 yards of offense on the day, including four yards on an end around and six yards on his lone reception. In the previous two weeks, he totaled 17 combined receptions. He was held without an explosive play for the third straight week after having never gone consecutive weeks without one previously in his career.

Bryant was targeted on four passes, needless to say catching only one of them, though another did also draw a pass interference flag, which went for 29 yards. He also dropped one of his targets for the only dropped ball by a Steelers receiver that I had down for the game.

Put simply, Wheaton and Bryant did not produce the level of offense that the Steelers needed from them with the Ravens expending so many resources to take away Brown for the bulk of the game. Roethlisberger’s performance did not help, either, of course, but Pittsburgh needed more from its other receivers, which they had been getting lately.

The Steelers entered this game boasting a wide receiving unit that totaled more yards among three players than any other in the league, and that was even with Bryant missing the first five games of the season. But the group totaled just 108 yards between them on Sunday. Wheaton and Bryant had 47 combined.

Were it not for DeAngelo Williams, the Steelers might not have been able to move the ball much at all. He rushed the ball 17 times for a total of 100 rushing yards, also scoring two touchdowns on the ground, but he also caught six passes for 53 yards, giving him 153 yards out of the Steelers’ 303 total yards of offense.

On 10 combined targets, Bryant and Wheaton caught four passes for 47 yards, with no scores and a dropped pass, though they also drew two pass interference penalties for 36 more yards. That is simply not enough in production or efficiency in a game in which Brown is limited to 61 yards.