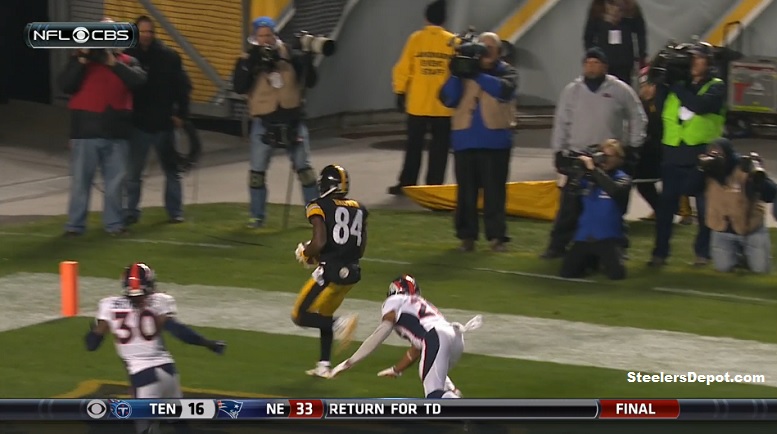 Denver Broncos cornerback Chris Harris Jr. is currently one of the best in the league when it comes to his position. Sunday at Heinz Field, he was matched up against the league’s best wide receiver in Pittsburgh Steelers Antonio Brown. Brown, won that matchup.

Brown, who caught 16 passes for 189 yards Sunday against the Broncos, also scored twice with both touchdowns coming against Harris, who hadn’t given up one in two years.

Browns first touchdown in the game came with 7:20 left in the third quarter as he beat Harris over the top from 9-yards out.

Brown scored his second touchdown with 3:24 left in the game after getting an inside release against Harris. On that play, Steelers quarterback Ben Roethlisberger threw a laser to Brown on a post route.

The last touchdown reception that Harris allowed was Nov. 24, 2013, vs. the New England Patriots.

Brown enters Week 16 with 116 catches for 1,586 yards and 9 touchdowns. While he’s unlikely to win it, you could make a strong argument that he deserves to be the offensive league MVP for 2015.