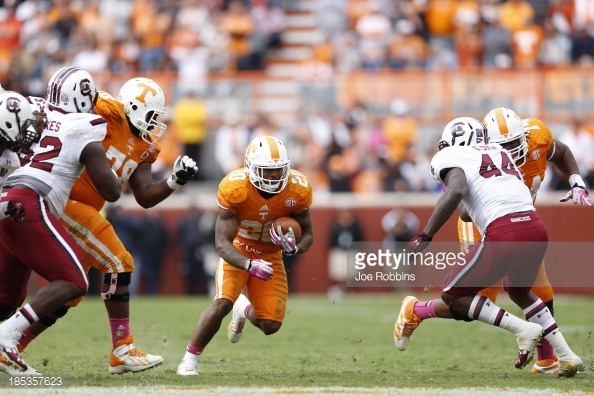 The Pittsburgh Steelers have filled their open practice squad spot, signing running back Rajion Neal, the team has announced today.

The #Steelers have signed RB Rajion Neal to their practice squad.

Neal, undrafted out of Tennessee in 2014, has spent time with the Green Bay Packers, Miami Dolphins, and Oakland Raiders. He was released two weeks ago by Oakland so he’s a player who is still in football shape, arguably a big reason why the team added him.

During his senior year with the Vols, he ran for over 1100 yards and 12 touchdowns while catching 27 passes.

Neal fills the void and helps the numbers at running back left by the release of Isaiah Pead. The team is now at the maximum of 10 players on their practice squad.