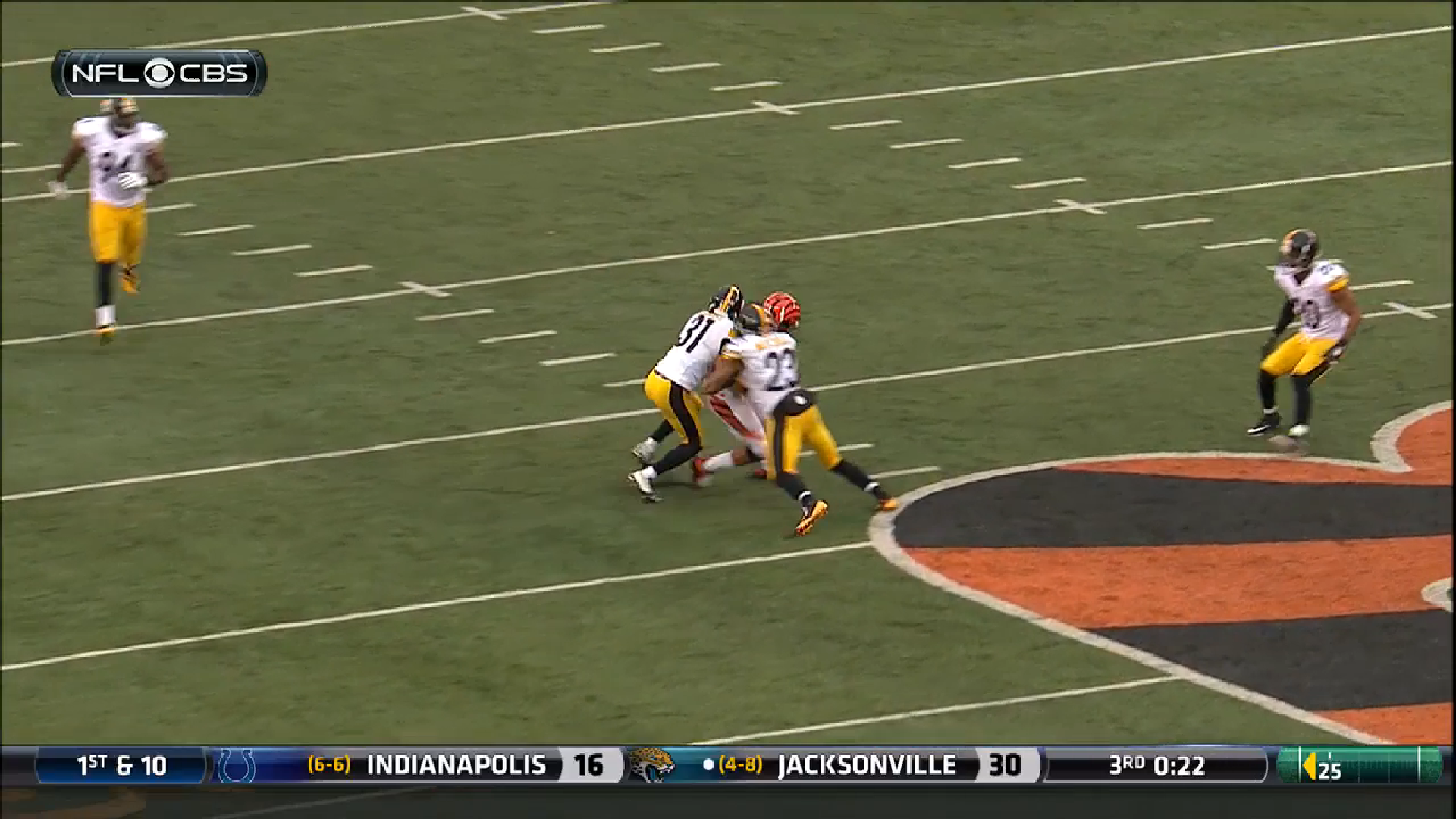 After the Pittsburgh Steelers secondary bottomed out in Seattle, giving up five touchdown passes and allowing over 11 yards per pass attempt, the coaching staff finally resolved to offer up a change in the back end.

During the course of the past two weeks, fourth-year cornerback Brandon Boykin has been rotated in liberally as the primary nickel back, playing in the slot for the majority of each of the past two games, which means that he has played a majority of the team’s snaps.

That obviously represents a substantial change of pace in comparison to the first 11 games of the season, and he has doubled his season total snap count many times over in the process.

Correspondingly, we have also seen the snap count of Antwon Blake take a nose dive. While he has opened up each game as the left outside cornerback both in the base and nickel packages, the only role that he holds on to throughout the game is in the base.

As the Steelers rely more upon the nickel defense as the game wears on and opponents have resorted to throwing the ball more, the coaching staff has not simply inserted Ross Cockrell, the team’s primary nickel back for most of the season, but has swapped him and Boykin for Blake.

So when the Steelers go to their sub-package, they make not one, but two changes, taking the nose tackle off the field to bring in a slot corner, but also changing out one of their boundary corners. And that leaves me asking what exactly is the point.

Ostensibly, based on the comments made by both Mike Tomlin and Keith Butler, the desire to have Blake out there is tied to his reputation as a physical tackler who relishes the opportunity to play run support, which is why he plays in the base and in the early nickel downs, when teams are more likely to be running the ball with a close score.

But we have seen in very nearly every game this season Blake struggle, frequently in multiple instances, to record a routine tackle, a reality that is no doubt exacerbated by whatever injury or injuries he has been playing through.

I have to wonder what the coaching staff sees in practice in the performance of Cockrell that leaves them so hesitant to simply make him a full-time starter as an outside cornerback, since he has already been logging 60 to 70 percent or more of the team’s snaps on a weekly basis.

Cockrell now plays more frequently than does Blake because of the rotation that they have been exercising for the past two weeks, and which Tomlin has already committed to continuing for the time being.

While Cockrell does not have a reputation to be a physical player—and no doubt has had his own issues tackling on occasion, though not nearly as frequently—it would seem at least worth considering to make the switch and take Blake out of the lineup, especially considering his physical abilities are diminished by injury. At worst, he can use the time off to heal some.