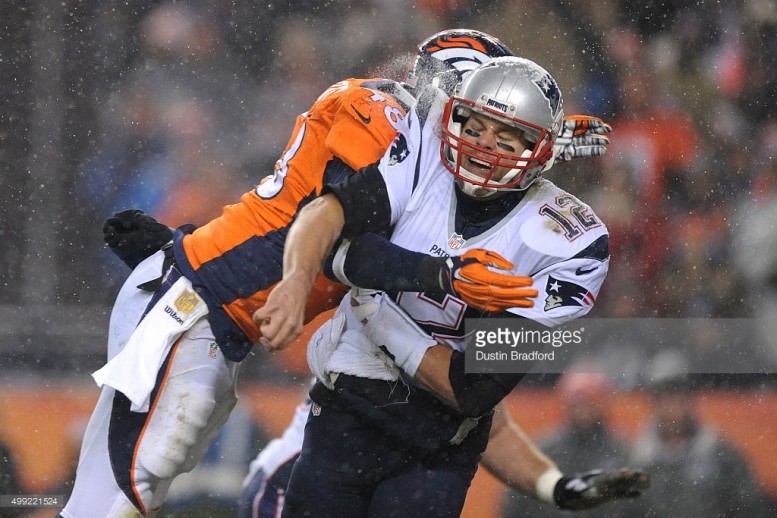 As many of you know, I really liked Denver Broncos linebacker Shaquil Barrett when he came out of college and as a result was hoping he would land with the Pittsburgh Steelers as either a later-round pick, or an undrafted free agent, as it made too much sense due to his ties to linebackers coach Joey Porter, who at that time was a defensive assistant with the team.

The Steelers did indeed have interest in Barrett immediately after the 2014 NFL Draft was over and had they matched or topped the $10,000 signing bonus he was offered from the Broncos, he would likely be lining up on the right side of the Pittsburgh defense this Sunday instead of the Broncos.

“They wanted me to take less because of Joey,” Barrett said Wednesday, according to Troy E. Renck of the Denver Post.

Porter coached Barrett during his final season at Colorado State and it resulted in him finishing No. 5 in the FBS in sacks with 12.0. The young linebacker appreciates the coaching he received that year from the longtime Steeler pass rusher.

“Joey helped me a lot. I used to pass rush from a square stance. He got my stance right and got me getting off the ball right,” said Barrett, who claimed he talked with Porter a few weeks ago.

Barrett enters Sunday’s game against the Steelers with 5.5 sacks on the season and 12 hurries. Those aren’t bad stats at all when you consider he’s only started 6 games this season and played 640 snaps.

The Broncos young linebacker should see considerable playing time Sunday against the Steelers even though fellow linebacker DeMarcus Ware is back healthy. If Barrett is able to register a sack of Steelers quarterback Ben Roethlisberger in the game, just remember how close he was to landing in Pittsburgh. We’re probably talking about five-thousand dollars-close.

Moving forward past the money, Barrett spent a good portion of his rookie season on the Broncos practice squad so the Steelers certainly had the opportunity to poach him away earlier in the season. Remember, the Steelers opened the 2014 regular season with only 3 outside linebackers on their 53-man roster and could’ve claimed Barrett to be a fourth right after the final round of cut-downs took place. They obviously chose not to and I think that was a big mistake and I bet Porter agrees with me.

If you want to read the scouting report I did on Barrett prior to the 2014 draft, you can find it here.