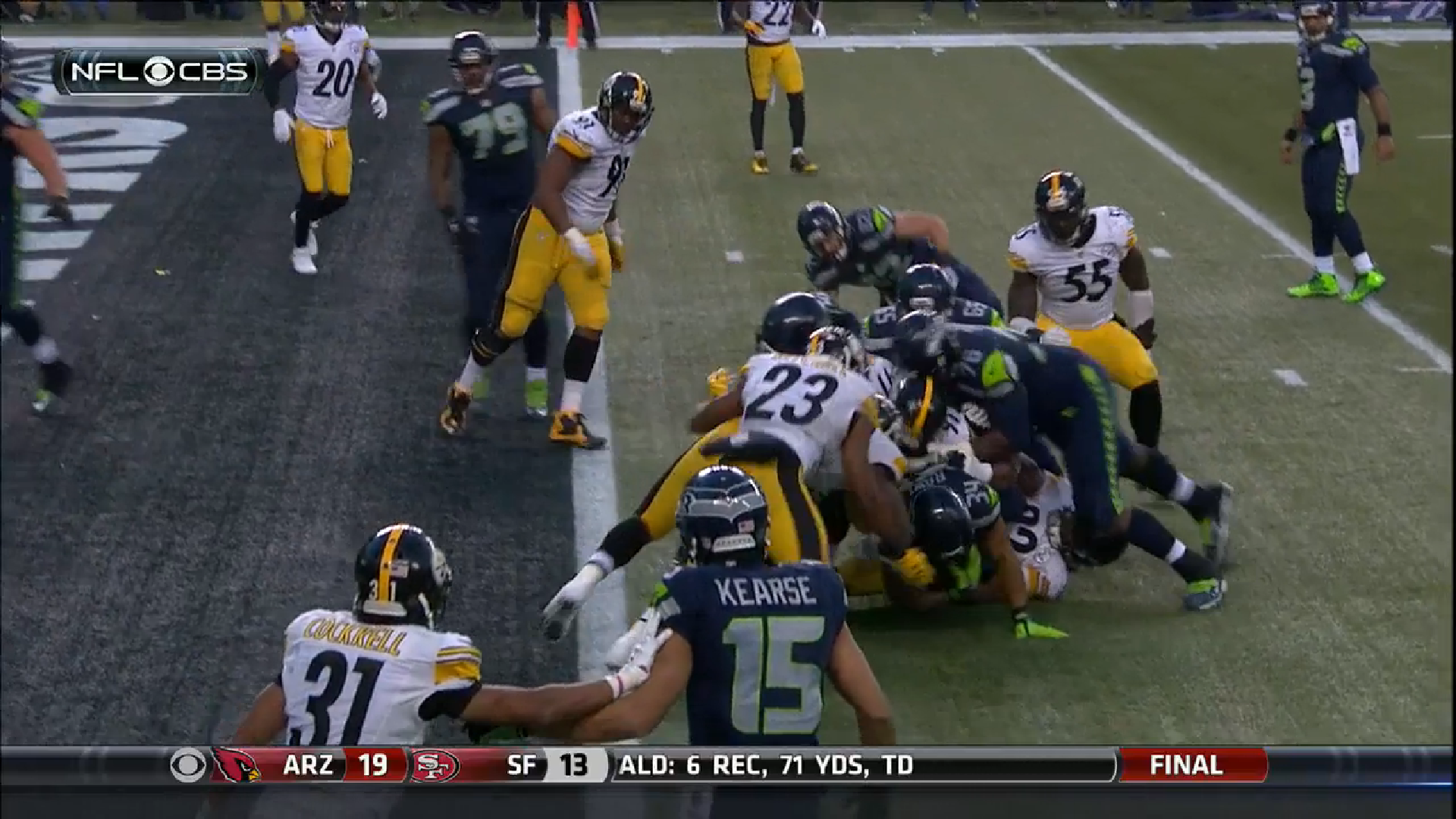 They were facing the Seahawks’ hot hand rookie rusher Thomas Rawls, who came into the game averaging six yards per carry. He finished the game with 81 yards, but he did so on 21 hard-earned attempts, averaging about 3.85 yards per carry, with no explosive runs.

In all, the Steelers defense gave up precisely 100 rushing yards, including 14 from quarterback Russell Wilson, and 17 yards was the longest run that they allowed on 27 total rushing attempts, which is a surprisingly high number considering how well they did through the air, but that all came on just 30 attempts.

It seemed that the game plan, in spite of the heavy use of the nickel package, was to focus primarily on stopping the run on the way to the quarterback, which perhaps opened up some things down the field and in the secondary. The Steelers have gotten bitten before this year selling out to stop one particular facet of an opposing offense.

The Seahawks, of course, were on an upward trajectory in the run game and leading the league in yards per game, so it was reasonable to game plan around their run game, yet even that got off to a suspect start.

Rawls started off the game with runs of six and then 17 yards, gaining 23 yards, or over a quarter of his total yardage, on his first two touches, breaking tackles along the way, and it seemed that the defense would be in for a long day. But he gained just 58 yards on his next 19 attempts, averaging just a bit over three yards per carry.

On the following drive, he had back-to-back rushes of 10 and six yards in response to a two-yard run. His longest gain after that was six yards, with 12 of his carries going for three yards or less, including three of zero or negative yardage. He was also stopped on a two-point conversion rushing attempt.

In all, 11 of his 21 rushes—or 12 of 22 if you include the two-point conversion attempt—were ‘failed’ rushes that did not gain the expected yardage given the down and distance, which is a very solid defensive performance, especially given the lack of explosive plays.

To Rawls’ credit, his one-yard touchdown run was just the fourth rushing touchdown allowed by the defense thus far this season. And it cannot be ignored how poorly the pass defense was, which allowed 11.5 yards per pass attempt.

But the run defense can be evaluated in a vacuum on its own. It is not as though the Seahawks didn’t try to run the ball. They rushed the ball 25 times, with Rawls rushing for 21 of those carries. He game into the game averaging over six yards per carry, and he was held to under four yards per carry. The rushing defense held up pretty well against statistically the league’s best rushing offense.