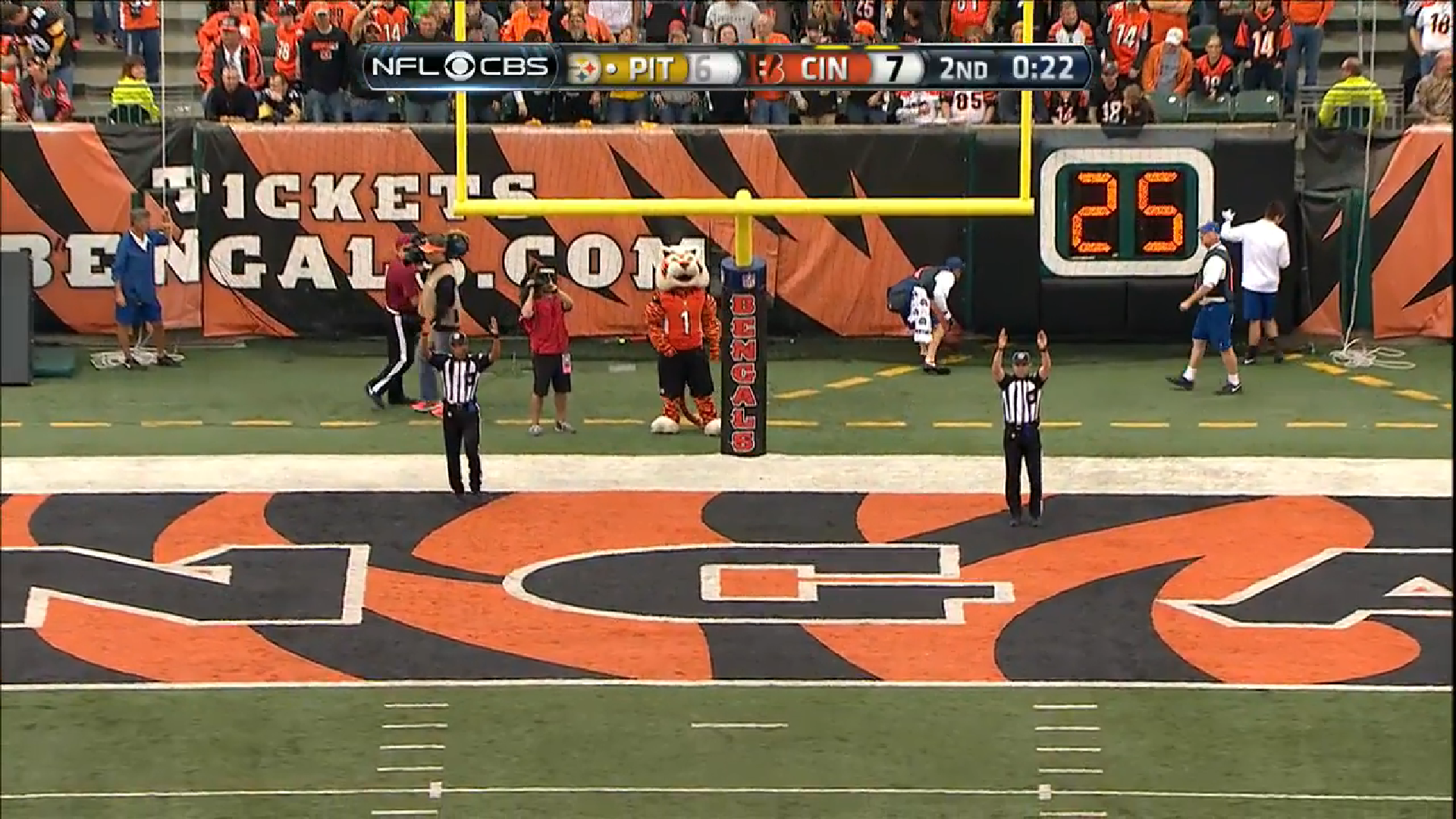 Prior to the start of the game yesterday, I wrote about the fact that the Pittsburgh Steelers offense this season had been quite poor getting off to fast starts to games. On 12 opening drives, they had scored just twice for a total of 10 points, punting seven times and turning the ball over twice, including once on downs, in addition to a missed field goal.

But one area in which the Steelers have absolutely excelled in 2015 has been in closing out halves. Between the two-minute warnings, nobody has rivaled Pittsburgh this year. As pointed out by Dom Rinelli, entering yesterday’s game, they had scored 79 points in the final two minutes of halves, including nine touchdowns and six field goals.

The offense actually added to both of those totals today, for just the second time this season finishing the opening drive with a touchdown, and both of those occurrences happen to have come against the Bengals this year. So they now have 17 points on opening drives.

And they now have 85 points to close out halves, as Chris Boswell added a three-pointer with 27 seconds to play, one of just four field goals for the first-year kicker on the afternoon.

Their success between the two-minute warnings has spanned the length of the whole season, however, scoring in that period in nearly every game. The only two games in which they failed to close out a half with points was against the Chiefs and the first meeting with the Bengals.

In the season opener, against the Patriots, the offense ended the first half with a field goal, and the second half with a touchdown, though by then it was too little, too late. Both scores came with seven seconds left on the clock.

The following week, against the 49ers, DeAngelo Williams’ two-yard touchdown run just on the other side of the two-minute warning of the first half brought the total through two games up to 17 points already.

After a fourth-quarter field goal against the Rams in Week Three at the two-minute mark, the Steelers scored twice to end the first half against the Ravens, adding a field goal with three seconds left after scoring a touchdown at the 1:48 mark. Through four weeks, they had a total of 30 points.

The following week against the Chargers featured Le’Veon Bell’s walk off touchdown run, good for another seven points, and Martavis Bryant scored on an 88-yard touchdown pass at the 1:58 mark in the fourth quarter the following week.

The offense dominated the Raiders in closing out halves, scoring a touchdown and a field goal to end the first half, and then closing out the fourth quarter with the game-winning field goal in a 38-35 victory.

Over the following three games, the Steelers were able to end the first half with a touchdown each time, on one occasion adding a two-point conversion. With Boswell’s field goal today, Pittsburgh has put up 82 points on opponents to close out halves, which represents approximately 24 percent of their total points on the entire season, or 82 of 344.