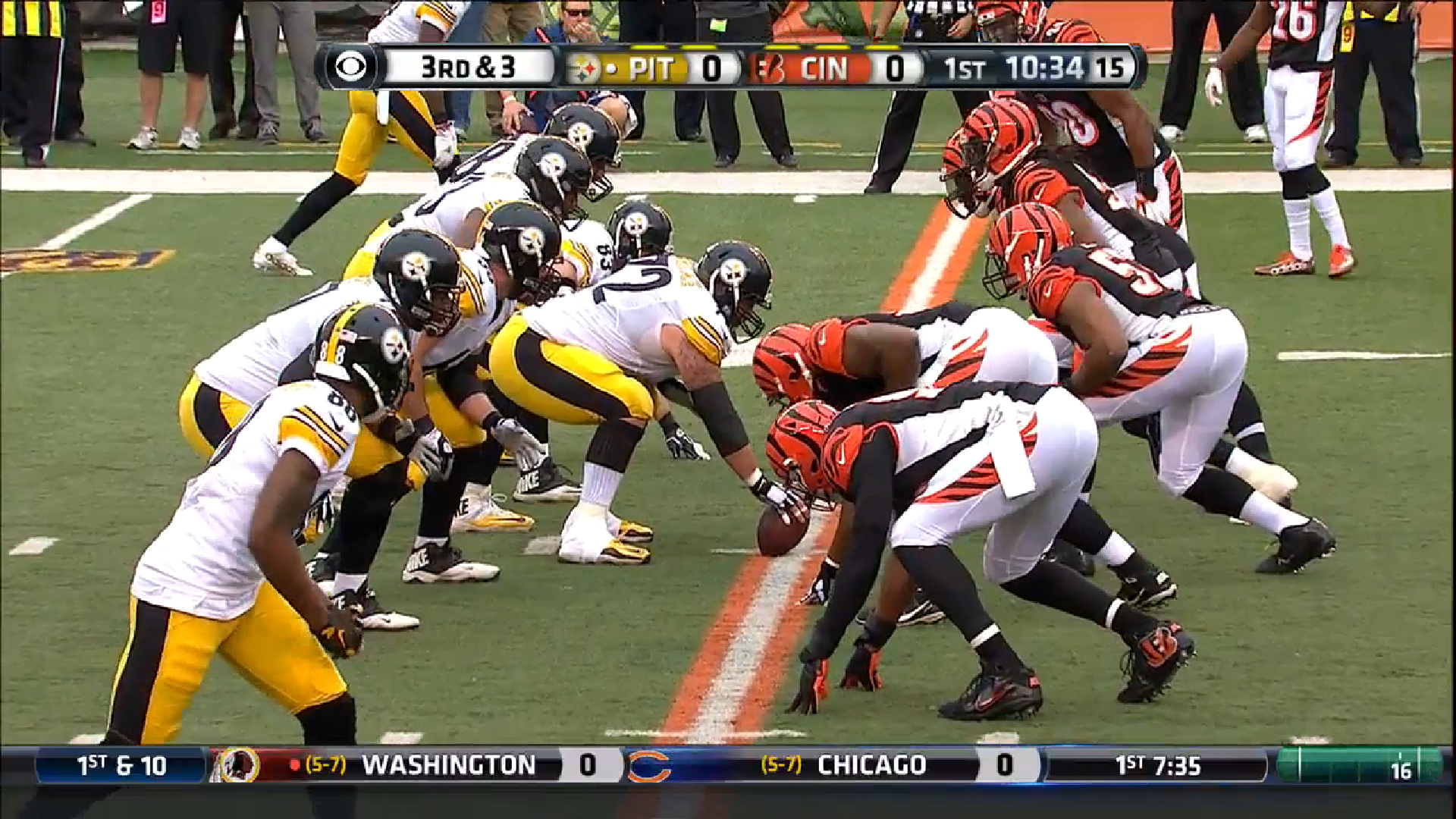 The Pittsburgh Steelers started off the season spectacularly when it came to finding success converting on third downs, all the way up to Ben Roethlisberger’s injury. This is a topic on which I have written previously.

The Steelers also suffered a dramatic drop off with Roethlisberger out converting on the crucial down. Mike Vick was particularly terrible finding success on third down, and Landry Jones was not much better. I wrote about this previously as well.

Less talked about is the fact that the Steelers continued to struggle on offense when Roethlisberger returned. In his first game back from injury, Pittsburgh converted just three of 11 third-down opportunities, a success rate of just 27 percent, as the offense went on to score 10 points on the day.

Over the course of the following two weeks, the offense managed to put up big numbers—38 against the Raiders and then 30 against the Browns—in victories, but they still struggled on third down, converting six of 17 and then three of 10, respectively.

In Roethlisberger’s three games back from injury leading into the bye week, the Steelers converted a total of 12 third downs in 38 opportunities, which is an abysmal success rate of 31.6 over a three-game span in which that managed to go 2-1.

The Steelers entered the bye week knowing that they had to get better and more efficient converting on third downs, as they had been to start the season before the injuries began to take their toll, and there was obvious improvement.

In Seattle, the first game off of the break, Roethlisberger and the offense converted five of 11 opportunities, a 45 percent success rate, which, while not great, was a significant improvement. But it came in a defeat. They still had work to do to get where they needed to be.

Last week, against the Colts, the offense was nothing short of excellent, converting eight times on third down on 13 opportunities, and that even included a dropped pass in the end zone. The 61 percent success rate was a key factor in putting up 45 points.

Yesterday, the trend continued as the Steelers again converted eight third downs, this time on 14 opportunities, for a success rate of 57. The team converted its first five third downs in jumping out to a 10-0 lead, finishing the game with 33 points, 26 coming on offense.

Thus, over the span of the past three games since the bye week the Steelers have converted 21 third downs out of 38 opportunities, a success rate of 55.3 percent, a marked improvement from the previous three games, and an increase of about 23.7 percent in comparison to that span.

The Steelers also went two-for-three in red zone opportunities and two-for-two with goal to go, statistics that are even more important to find efficiency. With these numbers on the upswing, a trend that must continue, the offense is poised to do everything it can to carry this team into the playoffs.