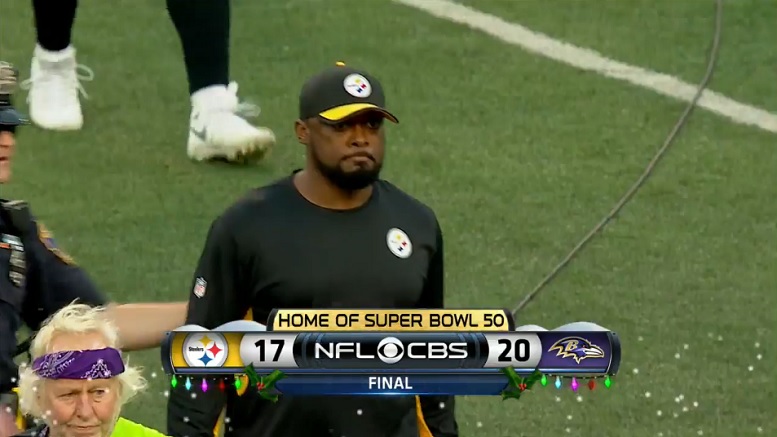 Was the Sunday loss to the Baltimore Ravens the worst one the Pittsburgh Steelers have suffered during the Mike Tomlin era? If it wasn’t, it’s certainly hard to identify a worse one.

The Ravens entered Sunday’s game with just 4 wins and their offense was void of so many starters on offense due to injuries and ineffectiveness that they decided to start Ryan Mallett at quarterback against the Steelers even though he had just signed with the team less than two weeks ago. Mallett, who had only started 6 games previously, threw for a career-high 274 yards against the Steelers in the win.

To make matters worse on Sunday, quarterback Ben Roethlisberger and the Steelers offense only managed to score 17 points after scoring 30 or more in their last 6 games against several defenses that are much better than the one they faced Sunday at M&T Bank Stadium.

While Tomlin has only lost 52 games during his 9 years in Pittsburgh, 23 of them have come against teams that entered the matchup with a losing record. Additionally, Tomlin and the Steelers are now 4-7 in their last 11 games that they have played against sub-.500 teams.

Prior to Sunday, Tomlin’s worst loss of his career came in Week 12 of the 2012 season against the Cleveland Browns, who entered the game with a 2-8 record. That loss, however, may not have been as bad as the Week 14 loss to a 1-11 Browns team in 2009.

Sunday’s debacle in Baltimore certainly deserves to take the proverbially cake in bad Tomlin losses due to the magnitude of it as it relates to late-season playoff ramifications. In a span of 60 minutes the Steelers went from a team that many believed could compete for the AFC Championship to one now on the outside looking in the AFC Wild Card race.

While Tomlin is sure to coach many more regular season games in Pittsburgh during his career, his team’s loss to the Ravens on Sunday will not be forgotten anytime soon and with good reason. It was bad.