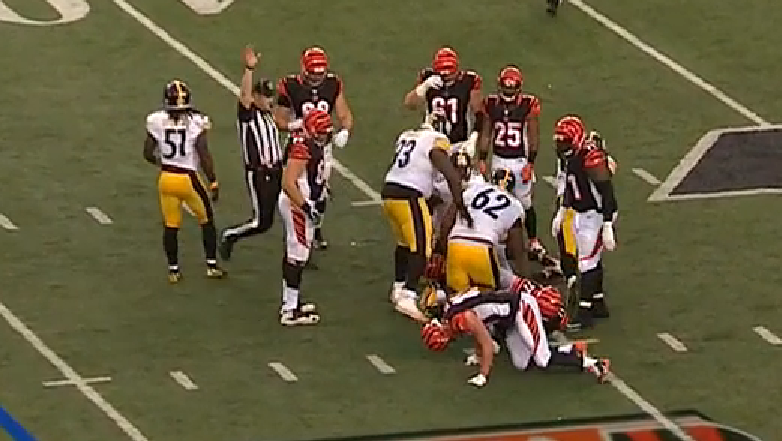 Split it any way you want, the fact of the matter is that this Pittsburgh Steelers defense has greatly improved its ability to turn pressure in sacks this year in comparison to the last several seasons. With their three sacks yesterday, they have reached 38 on the season, which is more than they have reached in a season since 2010.

With three games left the play, the Steelers remain on pace to finish with approximately 46-47 sacks, averaging slightly less than three sacks per game. While the sack total has skewed in the favor of home games—they have recorded five or more sacks in a game three times at home this year—their game today was on the road.

To be sure, this pass rush is far from perfect. It is true that the Steelers do not generate pressure consistently, as they did at the height of this modern day defense in the late-00s, but they have done enough to produce, and have often done so at key moments.

For the second straight season, defensive end Cameron Heyward is leading the team in sacks after recording his sixth of the season yesterday. He finished the 2014 season tied for the team lead with 7.5 sacks, his career high, and the year before he had five.

His three straight seasons with at least five sacks has not been done by a Steelers defensive lineman in some time, and he has 18.5 sacks and counting over the span of the past three years, which is an impressive number for the position.

But the team’s ability to bring the quarterback down this year has been an all hands on deck effort, as their pressure has come from everywhere, and the sacks have followed. As it currently stands, the Steelers have had a full 14 different players record at least a half-sack on the year, adding two to that list yesterday.

As mentioned, Heyward tops that list at six sacks. James Harrison is behind him with five, while Stephon Tuitt has 4.5. Bud Dupree rounds out the quarter of players who have at least four sacks for the team, representing 19.5 of their 38 total sacks.

The rest have come from almost everywhere, with the latest members being rotational players, inside linebacker Vince Williams and nose tackle Daniel McCullers, who split a sack at the end of the game to drop the quarterback for an eight-yard loss.

Also notching at least one sack on the season are Ryan Shazier, Lawrence Timmons, Sean Spence, Jarvis Jones, Arthur Moats, Steve McLendon, William Gay, and Will Allen, who in his 12th season has recorded the first three sacks of his career, including one today.

The Steelers’ next opponent is the Denver Broncos coming to Heinz Field, who just gave up five sacks to Khalil Mack in a single half of play, which has to be tempting. The Browns have a tough line to get pressure against, but the Ravens just put their starting left tackle on injured reserve. I expect that Blitzburgh is not yet at rest in 2015.