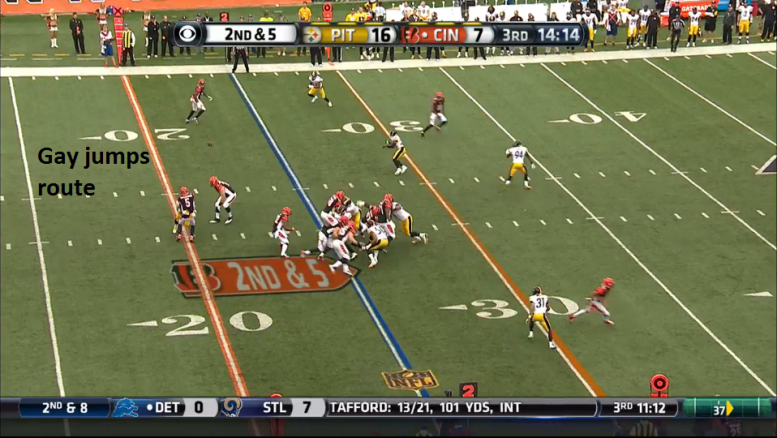 The Pittsburgh Steelers went into halftime with a 16-7 lead. A lead but not as much comfort you’d hope for in a first half where the Steelers seemed to dominate the Cincinnati Bengals.

William Gay helped changed that story with his pick six on the second play of the second half, extending the Steelers lead to a more comfortable 23-7 advantage.

We’ll break down the play, a relatively simple dissection. Second and five on the second snap of the half. The Bengals start out in an Emory & Henry look, through dressed up a little differently. Both tackles, Andrew Whitworth and Andre Smith are split out wide to the left side. 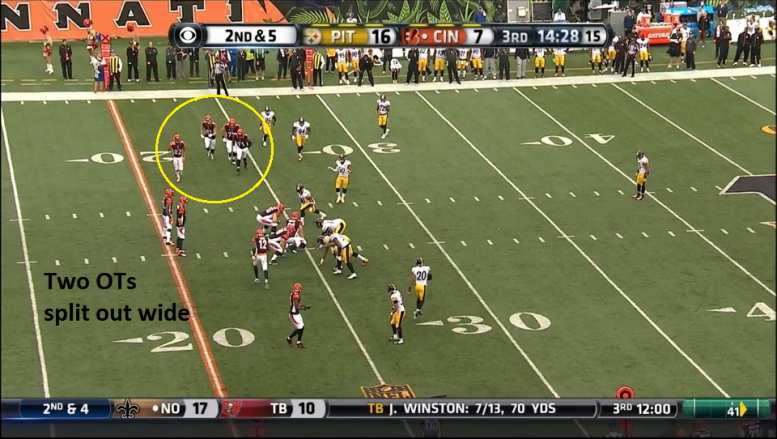 They then shift back to a more conventional look with twins receivers to the offense’s left. 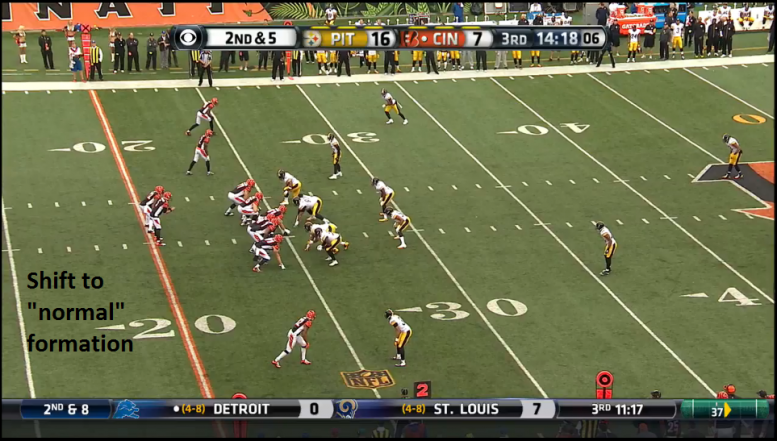 It’s a packaged play for backup quarterback A.J. McCarron. A run-pass option based on how many defenders the Steelers put in the box. The Bengals have six blockers for the run – the line fires off like it’s a run no matter what – while the Steelers have six in the box. McCarron probably should have handed this one off, though maybe Will Allen’s presence was enough to entice him to pass. He decides to throw the swing pass to Mohammad Sanu. 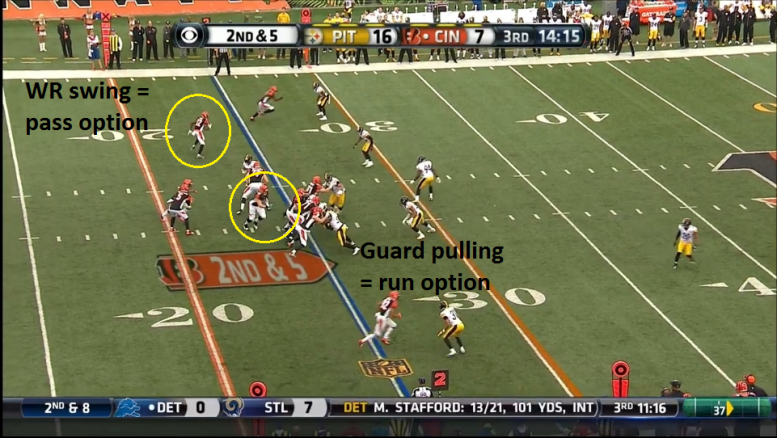 But Gay isn’t giving a huge cushion pre-snap and squats on the snap, reading the route. McCarron takes far too long to get rid of the football, some pressure from James Harrison likely had an influence, and throws it late. Gay steps in front of it and makes a house call.

The Bengals had their miscues but this seemed like a really easy splash play. How did Gay jump the route so quickly? It goes back to film study from the week before.

Second half, the Bengals first possession. Second play, 2nd and 5 on their 39. A less drastic shift but the Bengals have some pre-snap motion, bringing in both tight ends tight to the core of the formation. 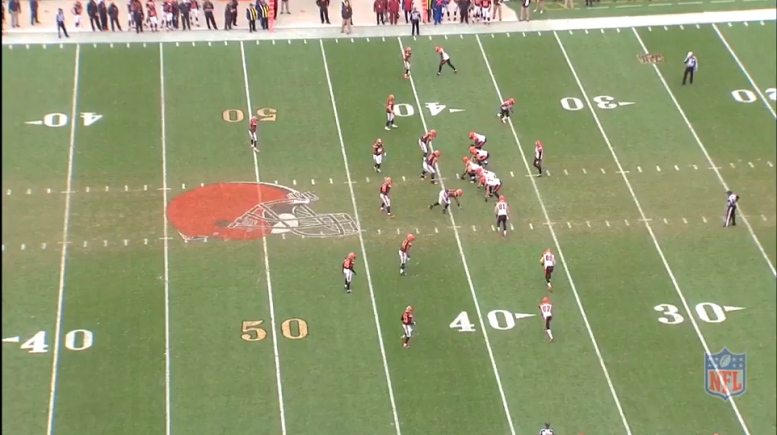 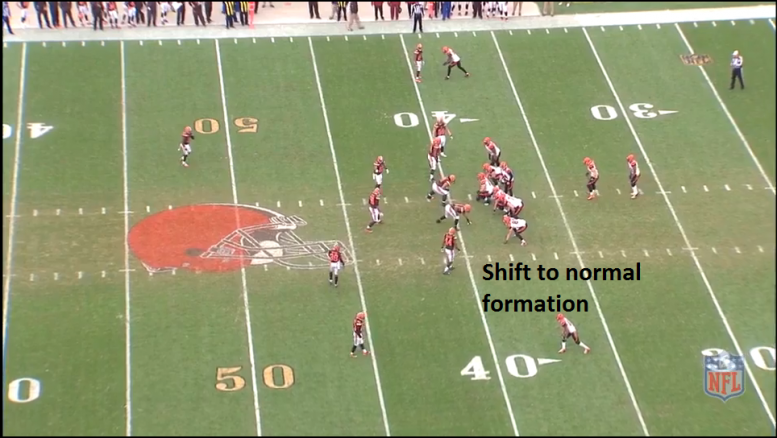 Seven blockers versus an eight man box so Andy Dalton throws the smoke screen against the soft corner. 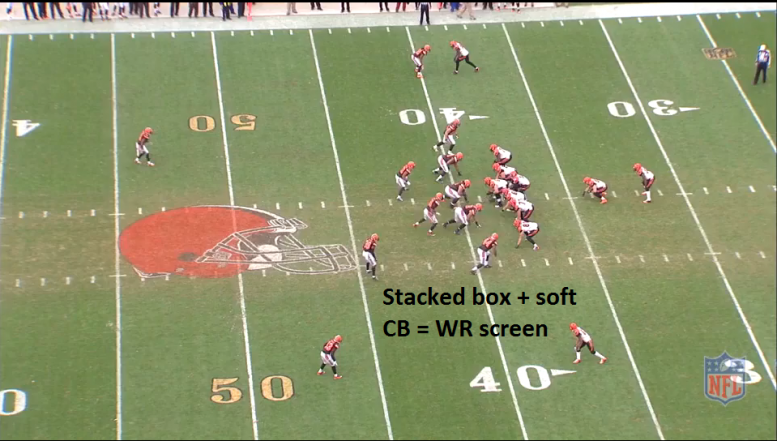 Jones stiff arms the corner and winds up picking 14. 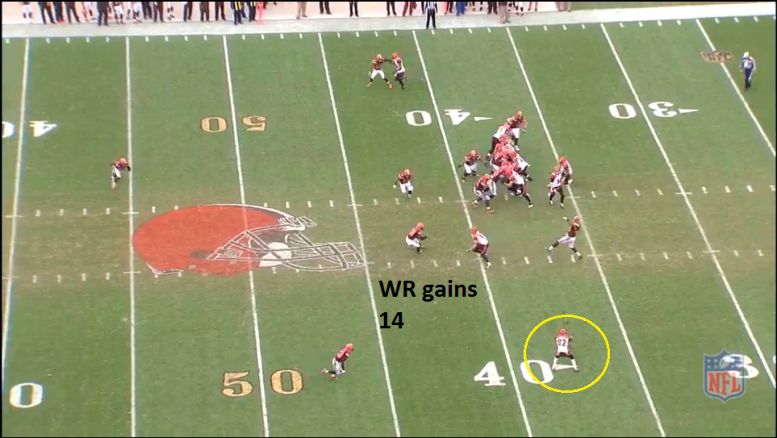 So we get two similar situations. Down & distance, time of the game, and motion. All this information tells you as a defender what is likely to happen. Gay sits down on the snap, reads the receiver’s release, and drives on the ball. Heck, look at Lawrence Timmons. Watch him start to bail on the snap. He knows what’s coming. 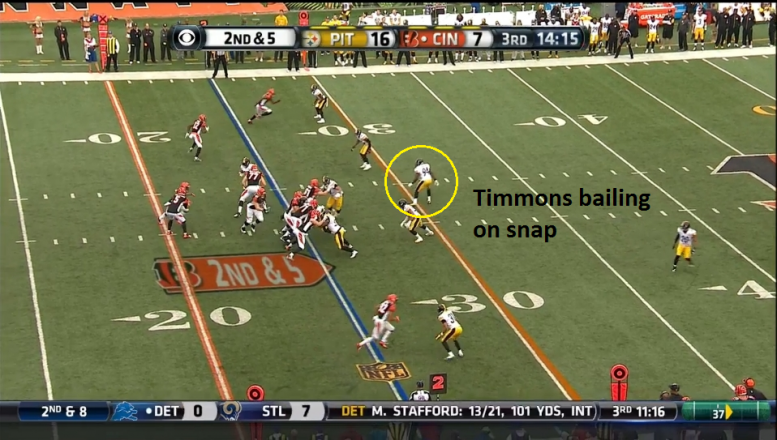 We’ve been down this road with Gay before. Twice last season, we broke down how his film study led to interceptions. This just falls in line with what we already know. A veteran who goes the extra mile in watching the tape. And it pays off in a huge way on Sundays.