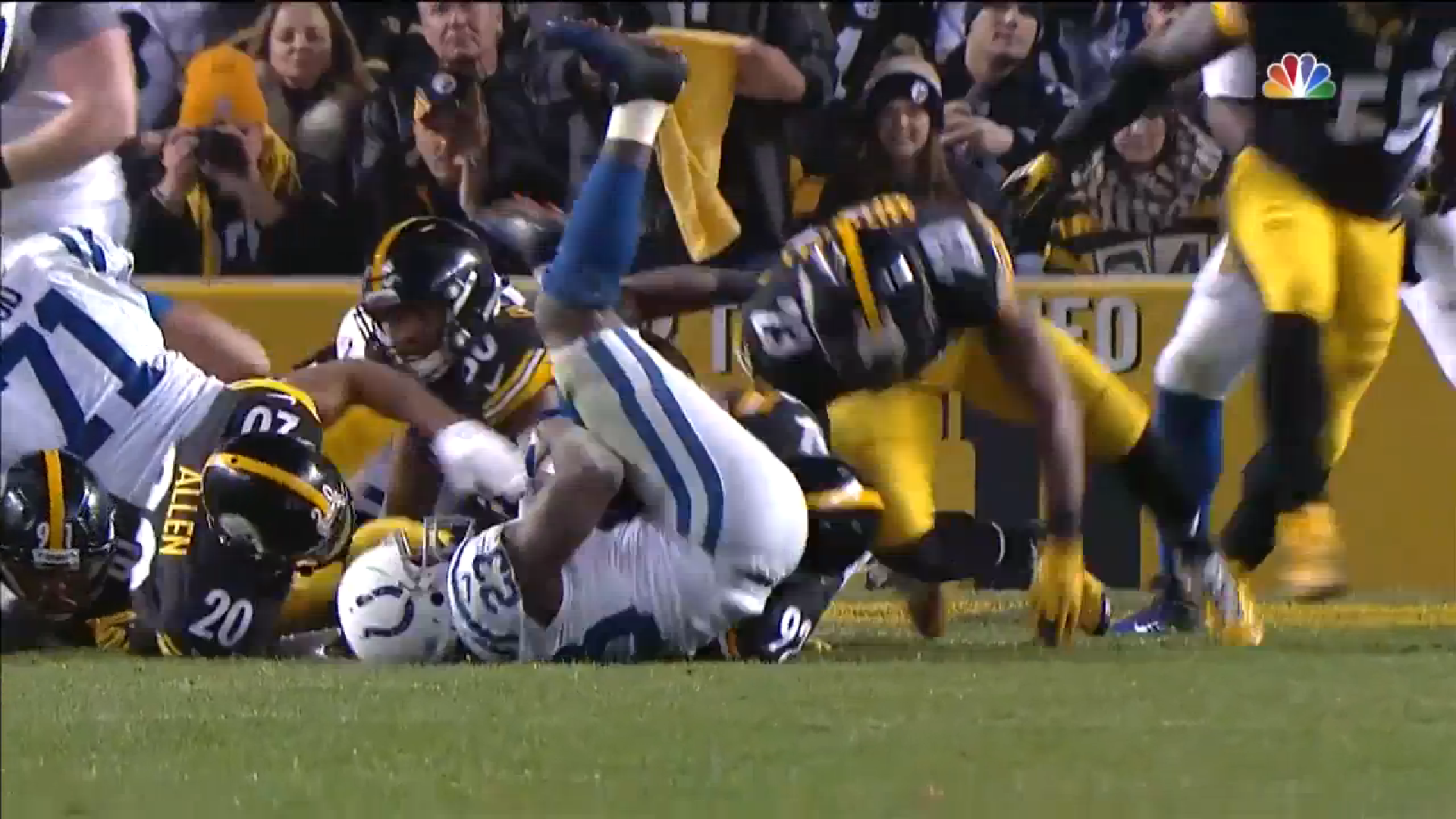 Veteran safety Will Allen has been a stable starting safety this year for the first time since 2005, in his second season when he started eight games for a Tampa Bay Buccaneers secondary coached by Pittsburgh Steelers head coach Mike Tomlin. He started every game in 2006 when Tomlin left to become the defensive coordinator in Minnesota.

His nine starts this season already represents the second-most in his career, and it’s only nine because he missed three games due to an ankle injury. To be sure, he has had his ups and downs, with missed tackles a major problem early on, but he has settle down in recent weeks.

The 12-year veteran was particularly impactful playing in the box early on against the Colts, where he registered a small handful of highlight plays, but as the game wore on and the lead mounted, Allen spent most of the second half playing in deep coverage, so the focus here will be early on in the game.

In fact, his story begins on the very first play of the game, after the Colts recovered a fumble at the 11-yard line on the opening kickoff. On first and 10, Allen dropped down from 10 yards off to a depth of five yards pre-snap, filling in the play side C gap to stop Frank Gore in the hole after a gain of just one.

On the following play, Allen was a bit slow coming out of his break in coverage on a corner route, but the throw was low and away, fortunately.

On the Colts following series, Colts picked up nine yards on first down after once again beginning deep in Steelers territory due to a turnover. From the 16 on second and one, Allen came off the left side on a run blitz and was the first of four Steelers defenders to get a piece of Gore for a key three-yard loss, even though he did not receive credit for the play.

The veteran safety also deserves credit for his second on the following third-and-four play on which Matt Hasselbeck was flushed out of the pocket. Allen took away his outlet and forced the quarterback to tuck and run, tackled after a two-yard gain to make the Colts settle for a field goal.

After the Steelers settled for a field goal of their own on the ensuing offensive possession, the defense got aggressive after giving up a first down on the first play. On the next snap, Allen was sent off the edge, aided by James Harrison working inside the left tackle to come in unblocked and put Hasselbeck to the grass for a sack, his second of the season.

Early in the second quarter, after a holding penalty, the Colts were faced with a first and 10, but were able to pick up 12 on first down. An initial view might suggest that Allen was at fault, but Lawrence Timmons needed to be over one more gap with Allen coming in to fill the lane that he took.

Gore had one of two directions to take, and Timmons and Allen both flowed to the same hole. Either Timmons simply lost track of his responsibility or was not properly in communication to know what Allen was doing.

Later in the quarter, the Colts quickly found themselves with first and goal from the two after two plays of 16 and 28 yards. Though the Steelers remained in their nickel, they managed to stuff the run on first down, with Allen coming off the edge and meeting Harrison at the ball carrier to drop him for a loss.

It was a good showing from the veteran safety whose earlier missed tackles this season got him and the defense into some trouble, but he seems to have shaken off most of his early troubles and has played solid ball in recent weeks.