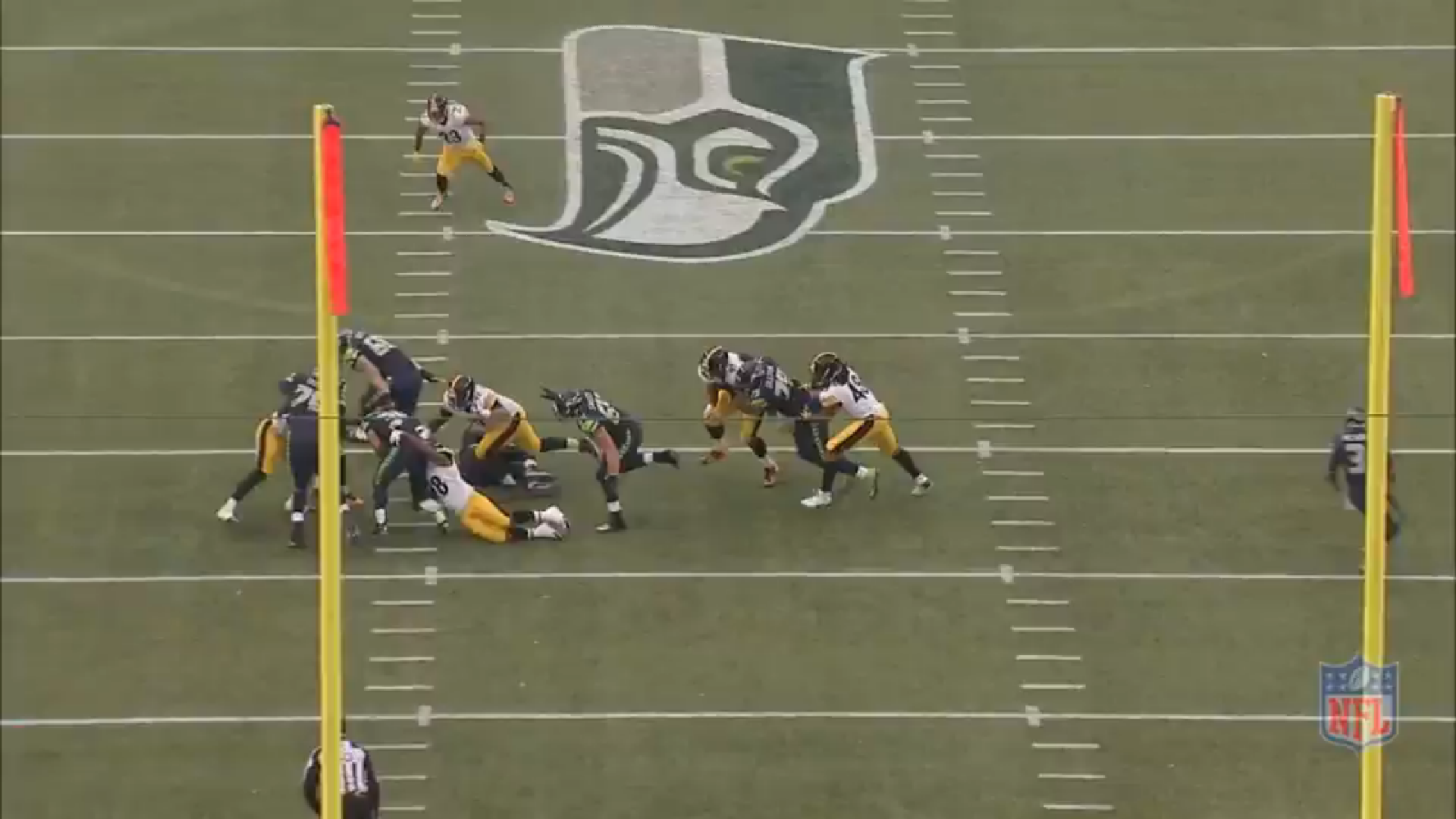 Pittsburgh Steelers starting inside linebacker Ryan Shazier suffered a scary concussion during an early second quarter kickoff, and was out for the rest of the game. His primary replacement, Sean Spence, suffered a hamstring injury at some point during the game. The left Vince Williams to assume the lion’s share of the snaps.

Overall, I believe that he played well, primarily in run support, registering a total of six tackles in just a couple of dozens snaps, the third-highest tackler for the defense during the game. He checked into the game immediately following Shazier’s concussion, and made an impact on his first snap.

Starting from the 16, Seattle looked to run it on first down with Thomas Rawls, but Williams showed great anticipation in beating the left tackle on the reach block to get into the B gap and make enough contact through a spin move to bring the runner down after a yard.

Later on the same drive, on a second and seven play, it was Lawrence Timmons who brought the back down for a loss of three as the two inside linebackers flipped positions pre-snap. But Williams did an excellent job in tracking the ball, avoiding a back side block in the process, to close in on the runner by the end of the play.

Of course, on arguably his most critical snap of the game, facing first and goal from the one-yard line in a 21-14 game, he did not hold up, driven out of the hole by the right guard as Rawls punched it in for the touchdown. But I partly blame the coaching staff for leaving the defense in the nickel to defend this play.

Williams responded at the end of the quarter, showing patience in reading the back in open space through the middle. As the back made his move to the outside, the third-year linebacker cut him down, dragging him to the ground after a short gain.

Later, in the fourth quarter, following a Seahawks score that put them up by five, they looked to make the distance a solid seven, running the ball for a two-point conversion attempt, but Williams was among the primary defenders holding Rawls short of the goal line as he scraped off of a double team on the defensive end in front of him to put himself between the runner and the goal line.

Late, at the end of the game, after the final interception, Williams made the final three tackles of the game, but it was unfortunately not enough to prevent a game-sealing first down. The first of those plays was a run for three yards on which he evaded the center at the second level to fill the gap and make the stop.

On the following play, it was up to Williams to trip of Rawls on an outside zone run that picked up six yards just shy of the first down. But the Seahawks just narrowly crossed the sticks on third and one with another Williams tackle.