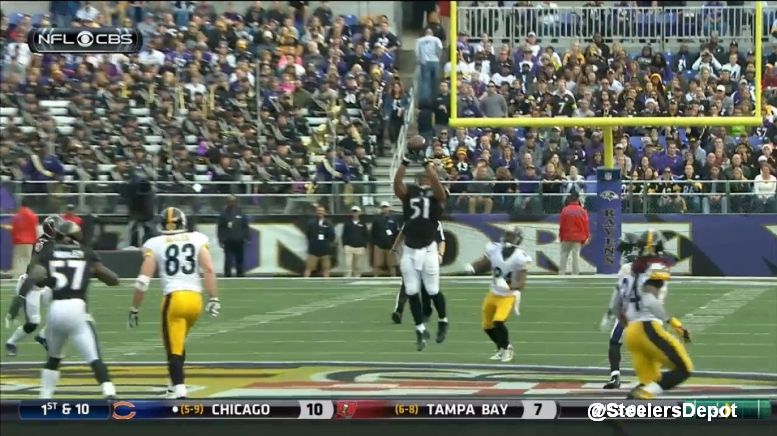 It was an ugly day for Ben Roethlisberger in the Pittsburgh Steelers’ crushing 20-17 loss to the Baltimore Ravens. Zero touchdowns to two ugly interceptions and nearly a third, mercifully negated by an offsides penalty.

In this film room session, we’ll take a look at Big Ben’s first INT late in the second quarter.

The Ravens line up in nickel, and as I pointed out in their scouting report, add in their wrinkle of playing cornerback Ladarius Webb at safety, placing Kyle Arrington in the slot. They rotate to a two deep shell off the snap, doing their usual nice job to disguise coverage. 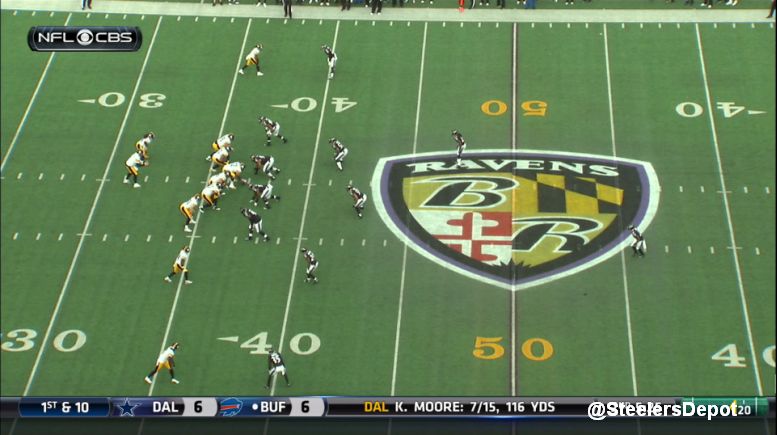 It’s a Cover 2 defense. The cornerbacks are jamming and playing the flat, the slot corner and Mack linebacker playing the seam, each safety responsible for half the field, and the Buck linebacker opening up to the field and getting depth as the deep hole defender. 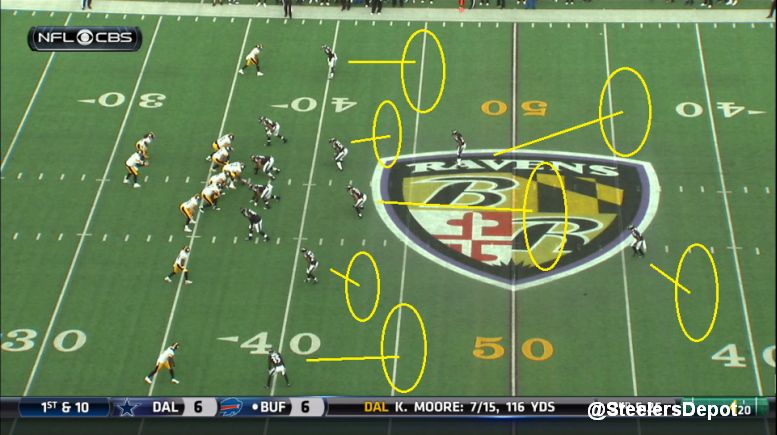 It’s sound coverage and is immediately apparent they aren’t giving up anything deep. Roethlisberger has to check this ball underneath. It’s 1st and 10, there’s no reason to force the issue downfield. 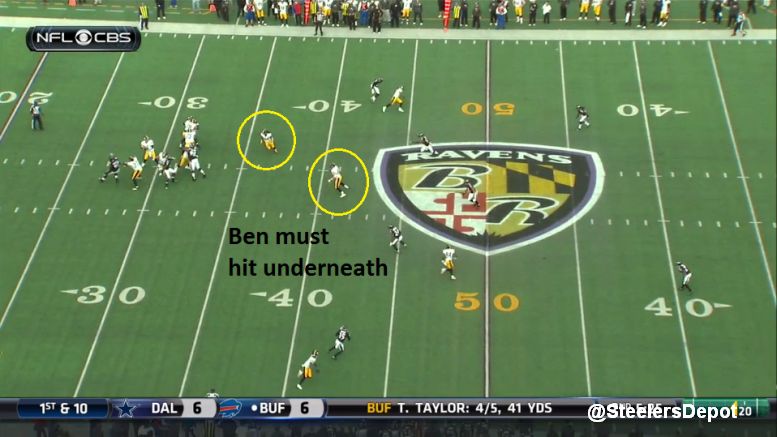 But Ben tries to throw the post to Antonio Brown in the middle. The Buck linebacker has gotten plenty of depth to squeeze the throw and pick the pass off. They don’t come much easier than this. 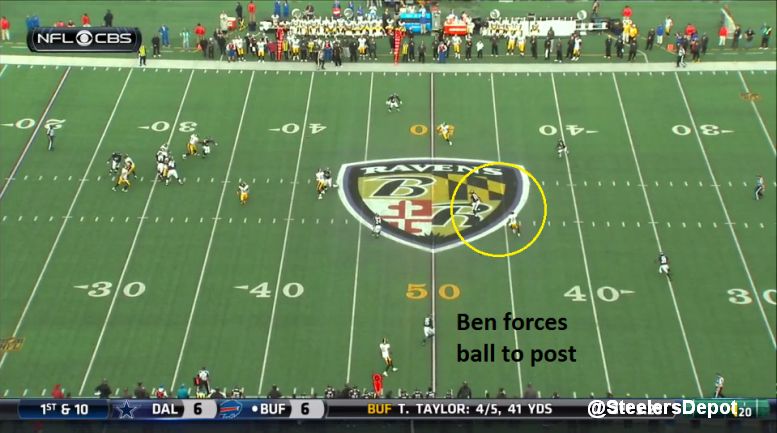 It’s unfortunately no surprise to see Roethlisberger struggle like this against the Ravens. Coming into the game, he had a career 59% completion rate and averaged one turnover per game. They’ve always managed to hide their rush and coverage, forcing Roethlisberger into mistakes or – at least twice Sunday – burning a timeout due to pre-snap confusion.

Big Ben is the guy that makes this team go. And while there are always layers in a loss, anybody who tries to pin a loss on a single player doesn’t have a clue what they’re talking about, your chances are dictated directly with 7’s performance.