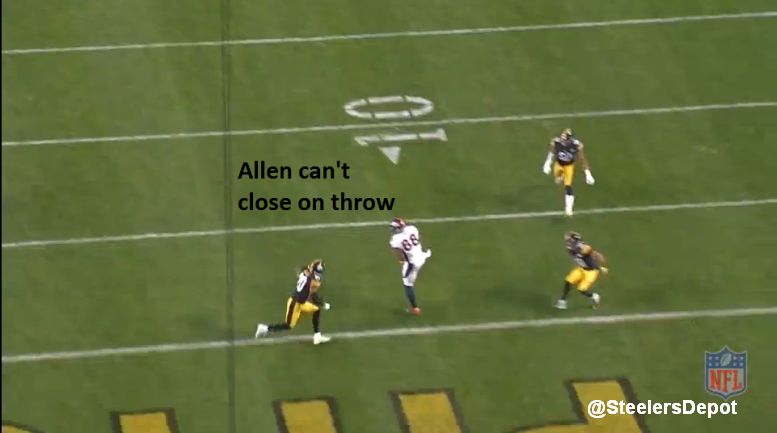 Though the Pittsburgh Steelers had a remarkable turnaround, it’s hard to shake the abysmal first half the defense endured. A struggling Denver Broncos’ offense found the end zone four times in the first half, and each touchdown allowed felt way too easy to do against a playoff-hopeful group.

3rd and 10 for Denver. They line up in an empty set. The Steelers rush just four and drop seven into coverage. The Steelers are playing 4 over 3 to the top of the screen. The two corners to the top are man-clueing #1 and #2, carrying anything vertical. Ross Cockrell does the same to the bottom. William Gay and Mike Mitchell are helping to bracket #3 while Gay also discourages any throw to #2. If Denver wants to throw to any receiver to the field, we want it to be #1. It’s the hardest throw to make because it has the most ground to cover. 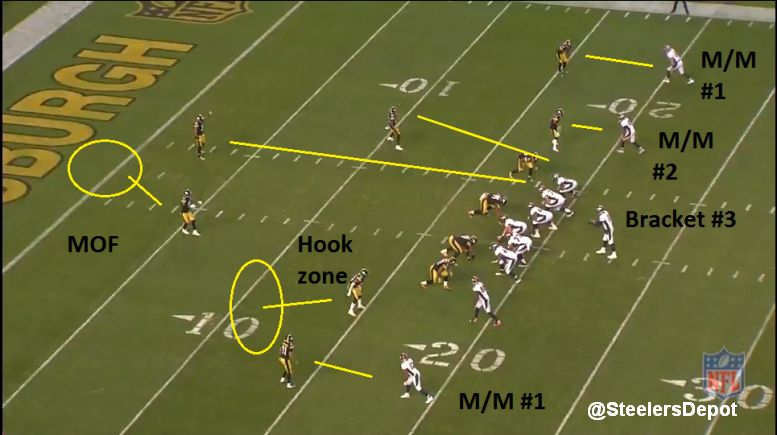 Thomas is lined up to the boundary as #2 in the slot. He, like every other Broncos’ receiver, runs vertically down the field. Ryan Shazier is playing curl/flat while Will Allen lands on the hashes in coverage, reading the QB. There’s no one who carries Thomas vertically and Brock Osweiler finds him down the seam before Allen can get there. 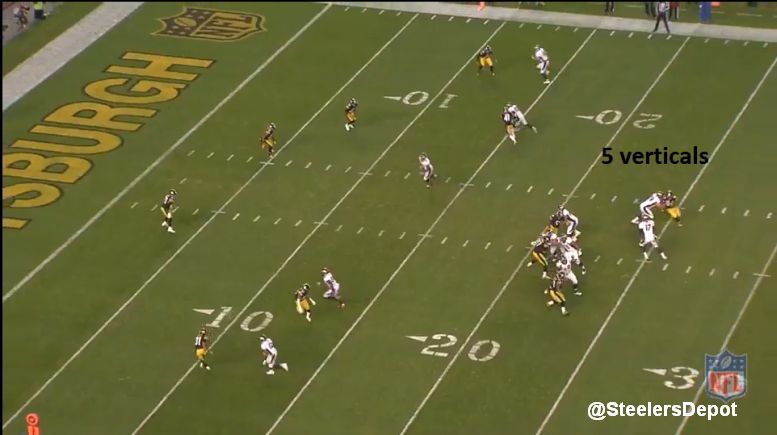 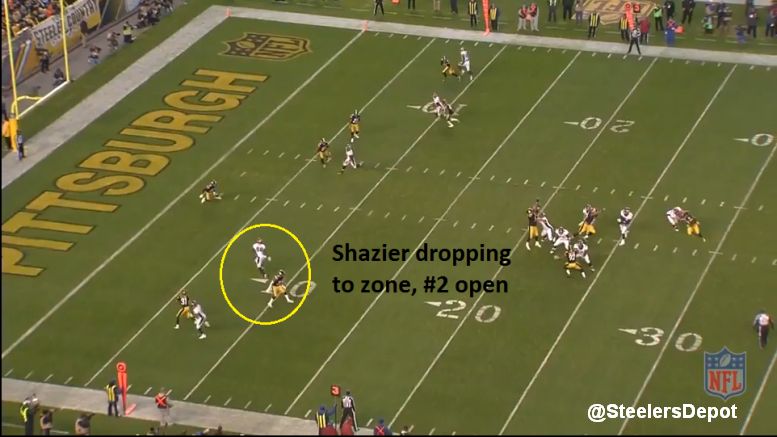 We’ve written about it too many times before and it’s getting extremely frustrating at this point. The Steelers have yet to show a good solution to defending four verticals. Either Shazier has to read 2 to 1, see them both go vertical, and carry, or – and this is more likely – Allen needs to get his eyes on #2 and get on top of him quicker. If you’re reacting to the throw alone, you’re not going to be able to close in time.

It’s the only issue on the play. Everything else is well-defended. It’s the red zone – it’s not like anyone is going to get behind your defense. It’s this one breakdown, one that continues to baffle me, that ruins everything. When you prefer to spot drop over pattern read, you leave yourself vulnerable to these types of big plays.