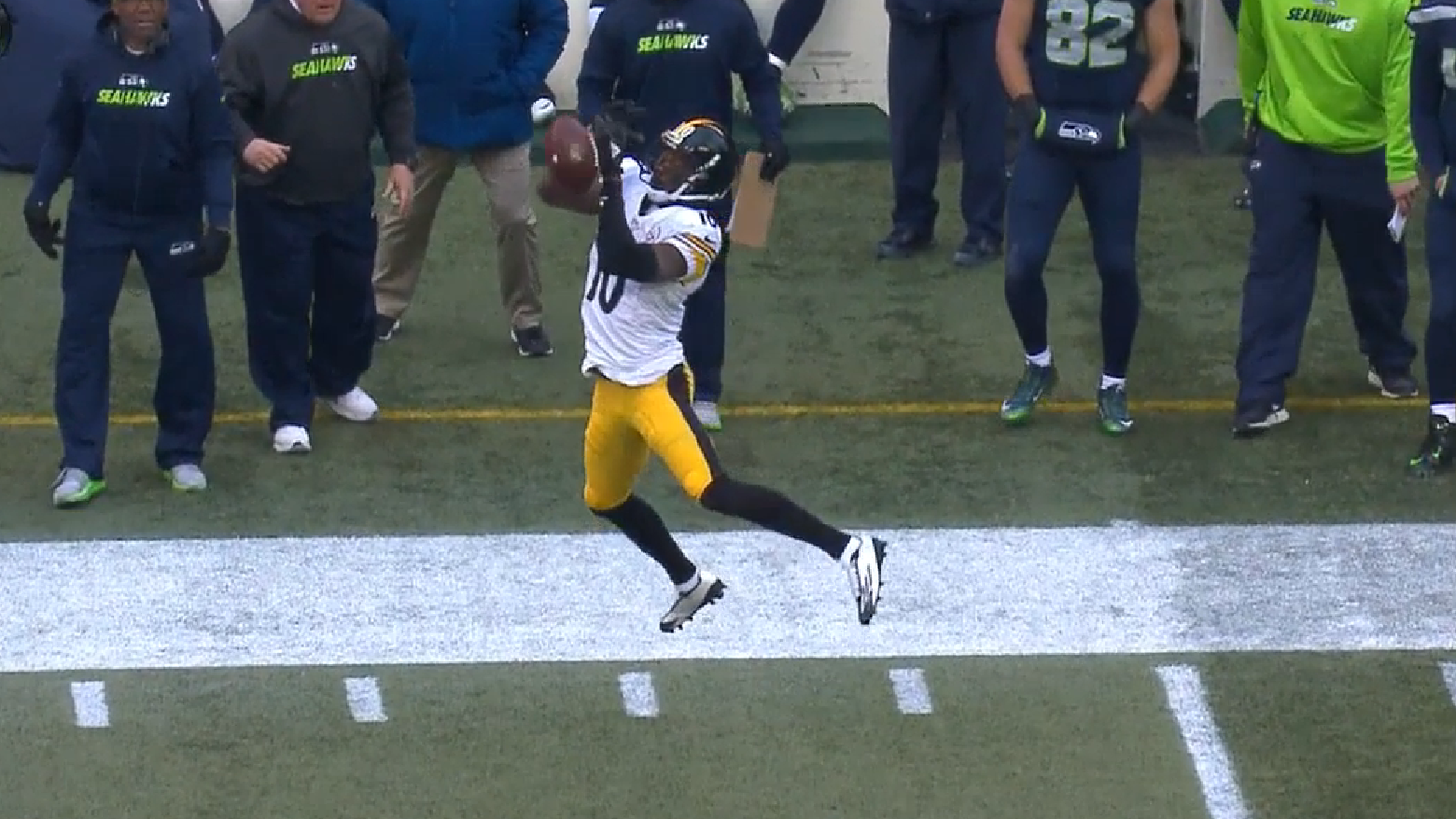 When Pittsburgh Steelers wide receiver Martavis Bryant first exploded onto the scene seven games into the 2014 season, it didn’t seem as though there would ever be any slowing down as he rattled off eight touchdowns and over 500 yards in 10 games in somewhat limited snaps.

It was presumed that he would ascend to a higher level in his second season, entering the starting lineup, having gotten bigger and become more committed to the nuances of his game. He was to be the key to his offense taking off and reaching new heights as the Steelers became an elite scoring unit—his was the missing piece to that puzzle.

That theory started eroding pretty quickly with the revelation that he would be suspended for the first four games of the season, even though it was a reality that the front office was aware of as a possibility even as far back as the draft.

Bryant was sidelined for the first four games of the season due to suspension—though he was not banned from the facility—and he suffered a minor setback with a knee injury in his first practice, which caused him to miss the following game.

When he finally made his debut, it seemed that all was well, and on track for what was envisioned in the offseason. He came out of the gates with a six-catch, 137-yard, two-touchdown performance, including an impressive 88-yard catch-and-run touchdown.

He has scored for more touchdowns over the course of the next five games, including a rushing touchdown on Sunday. But he has also exposed a real concern about his ability to consistently track and field the deep ball under less than ideal circumstances, which should be his forte.

Take, for example, the third-and-three incompletion that ended the Steelers’ first drive in Seattle. While cornerback Deshawn Shead truly did a great job of getting his hand in front of Bryant to get a piece of the ball and cause the incompletion, the reality is that Bryant should have been able to field that pass with his hands, away from his body, rather than trying to basket catch it, knowing that the defender was trailing in close proximity. 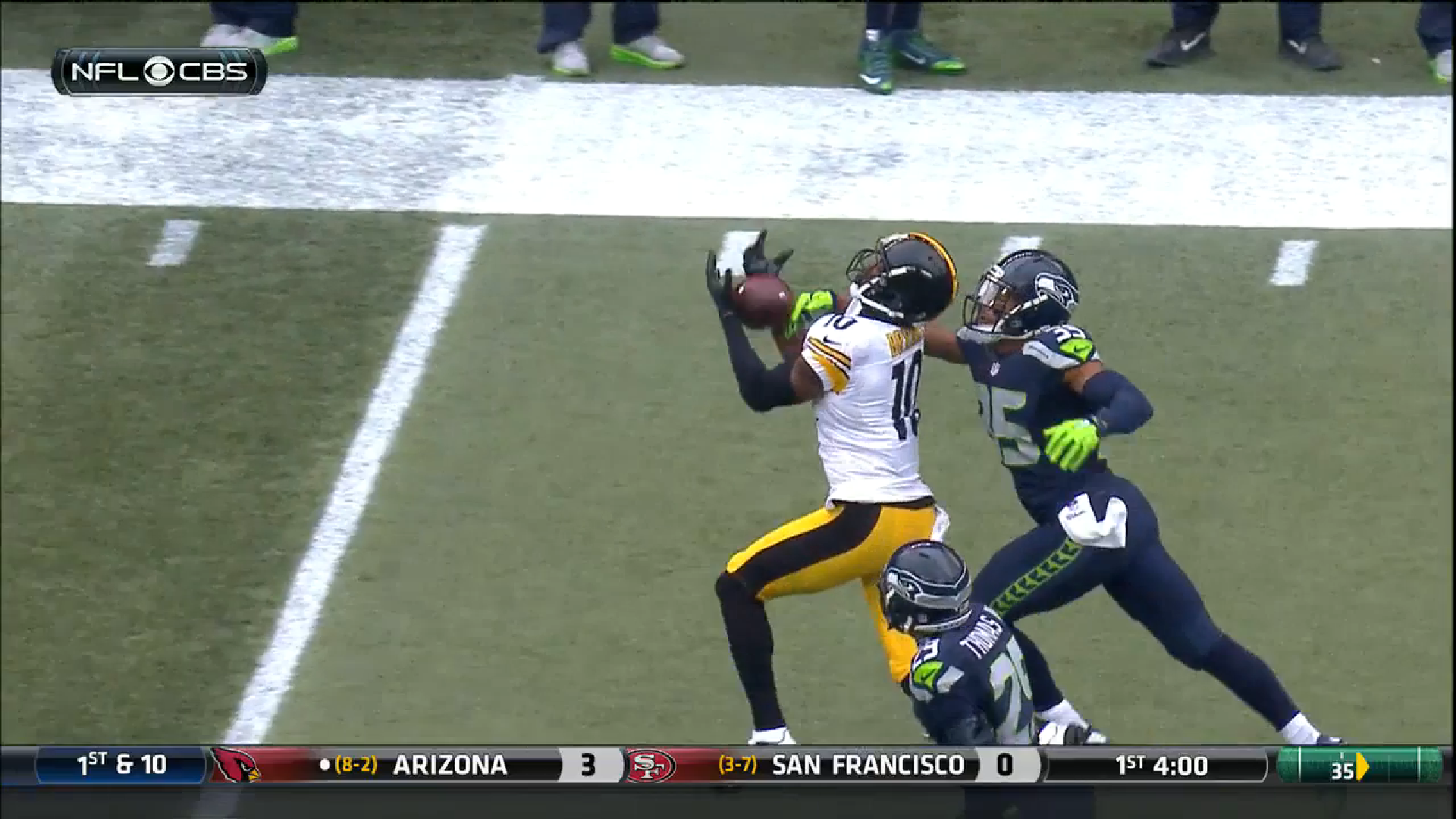 Later, toward the end of the second quarter, Bryant just flat out dropped an easy long ball that was aimed right between the numbers. After Ben Roethlisberger scrambled and flushed out to his left, he launched a pass more than 25 yards down the field. The pass was high, but an easy leaping grab, as the ball bounced right off his hands.

Later in the game, Bryant had the opportunity to haul in a 54-yard touchdown on a third and two, and nearly did. The second-year receiver was able to fly over the top of Shead, but wasn’t able to high point the ball.

Bryant ultimately secured the pass from Shead, but the cornerback was able to rip it loose with a second effort rake after failing to defend the pass. The receiver should have the requisite strength and control to haul this pass in and hang on to it.

These are the sorts of plays that the Steelers need Bryant to make, and the most maddening part is that he is fully capable of doing so. He has the size to fight off these cornerbacks, but he doesn’t fully utilize it. He has the ability to track and high point passes above defenders, but he doesn’t do it consistently enough. Had he done so on the final interception, or at some of these other points, perhaps we would have had a different game.