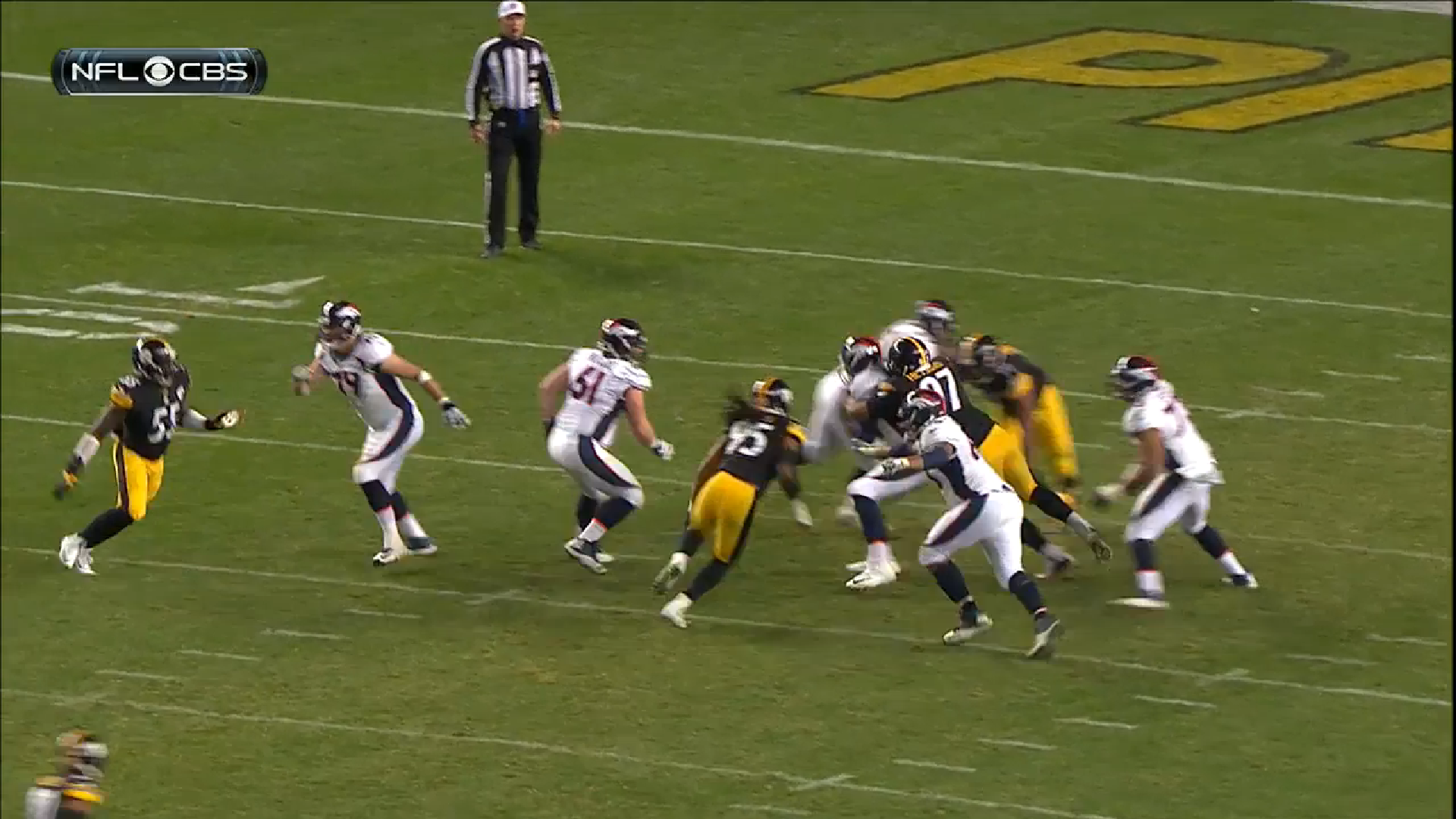 Though he didn’t make the Pro Bowl, you would be hard-pressed to find a member of the Pittsburgh Steelers, their coaching staff, or their front office, that doesn’t consider fifth-year defensive end Cameron Heyward one anyway.

For the second straight year, he leads the team in sacks and has posted at least seven, with two games left to add to that total for this year, and he has also produced a forced fumble, while logging close to 88 percent of the team’s defensive snaps.

While his sack numbers may not rise to the elite level of defensive line pass rushers, he gets consistent pressure that draw penalties and forces bad throws, some of which end up as turnovers. And, to be clear, seven sacks for a 3-4 defensive end is great, either way.

Heyward had yet another fine game on Sunday, solidifying his status as among the best at his position group in the league. Though the Broncos scored on the next play, he did an excellent job of blowing up a second-down play in the red zone in the first quarter, stunting inside to beat the left guard to the A gap and pressuring Brock Osweiler, chasing him out of the pocket and into the blitzing linebackers, settling for an errant pass that fell incomplete.

His relentless motor was on display early in the second quarter on a five-yard run, commandeering a cut block on a zone run to the right, scraping down the line of scrimmage and accelerating to the ball carrier to assist in making the tackle.

Midway through the second quarter, Heyward was able to bend the corner around left tackle, and thanks in part to a deep drop from Osweiler, was able to pressure the quarterback. But he stepped up into the pocket at the last second, escaping Heyward and the rest of the defense as he scrambled for seven yards on first down.

Later, in the heart of the third quarter, the Steelers stunted their two ends with Heyward scraping over to the right-side A gap and Stephon Tuitt crossing underneath him. The veteran end was able to push through and hit Osweiler, but not before getting off a pass down the field that went for a 29-yard completion on what was perhaps his best throw of the day.

Later, on the final play of the third quarter, Heyward finally got home, sacking Osweiler for an eight-yard loss on third and 12. He started with a bull rush before dipping in between the left guard and tackle, left to his own devices with Osweiler in his line of sight, swallowing him up to force the punt.

A lot of what Heyward does on a weekly basis does not show up on the typical stat sheet. He produces a lot of pressure for which there is no official tabulation, and a tackle is a tackle even if it’s one a player in his position wouldn’t ordinarily make. It is for those reasons and others that he deserves Pro Bowl recognition, whether he has it or not.