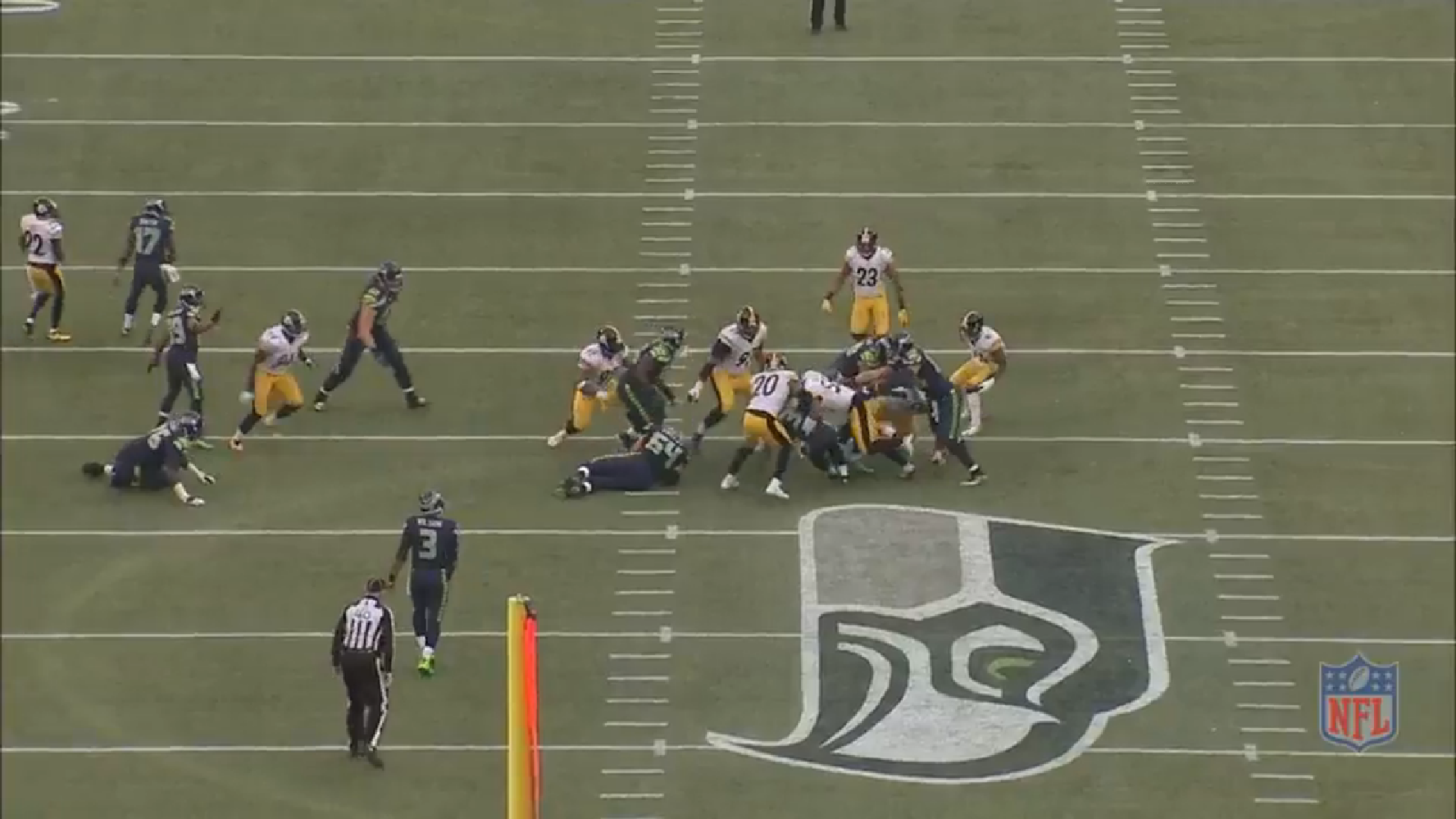 Pittsburgh Steelers veteran outside linebacker Arthur Moats may have gotten the technical demotion this week, no longer taking the first sets of snaps with the defense as rookie Bud Dupree ostensibly passed him on the depth chart, the change is largely semantic. In fact, Moats logged more snaps than the starting duo of pass rushers, and he played well against the run, though solid pass rushing opportunities were limited.

Late in the first quarter, he registered his first tackle, which officially was a six-yard run for Thomas Rawls. While that in itself is not a rewarding result on a first-and-10 run, Moats’ effort to work off the 280-pound fullback’s block—lined up as a tight end—to get into the play after a missed tackle shows what the veteran is capable of bringing from a physical standpoint.

Midway through the second quarter, after a one-yard run on first down, Moats did manage to generate some pressure in the passing game, setting up for a dash up the arc before bull rushing the right tackle, putting him on skates and coaxing Russell Wilson out of the pocket, where he eventually slid behind the line of scrimmage to take a one-yard loss for a sack.

Early in the third quarter, on the second play from scrimmage, the linebacker more or less had his way with tight end Jimmy Graham in the blocking department, gaining leverage and holding the point before ripping inside once Rawls committed to the run off tackle, where he was met by Moats for no gain.

Later in the quarter, the pass rusher was initially left unblocked as Wilson ran a bootleg to his right. Moats came right after him, but was pushed off-course by a chip block from the wide receiver that allowed the quarterback to escape.

The concern here is whether or not the block was a legal one, or whether it was a block in the back. It appears that the block was initiated at the side of the left shoulder, but by the end of the process, the receiver was clearly shoving him upfield with a hand in the middle of the two fives on the back of his jersey. This was one of two occasions on which I believe the Seahawks got away with a block in the back on Moats.

But the veteran followed it up with the tackle on the following play on Rawls after a three-yard gain. Graham did manage to get some initial drive against the linebacker, but Moats ultimately freed up and fought the burly running back to the ground.

It should not be underestimated how valuable an asset that Moats is to this team, not only for his play and his impact in the locker room, but financially as well. With his modest contract that he signed during the offseason, he provides the team with a reliable pass-rushing rotation at the position and is also capable of starting at both sides.