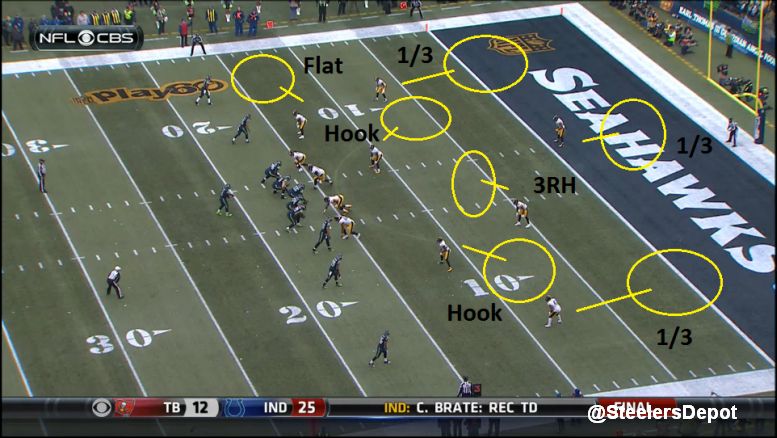 Raise your hand if you expect the Pittsburgh Steelers to bench cornerback Antwon Blake Sunday night against the Indianapolis Colts. For those of you with your arms in the air, you’re likely to be disappointed.

While we have had several indications this past week that Blake might see less playing time against the Colts, there have been no indications that he will be outright benched and banished to only playing on special teams.

“He’s [Blake] in a position right now where he’s never played as many plays as he has this year and he’s playing a lot on special teams, so that will wear you out,” Steelers defensive coordinator Keith Butler said Thursday during his weekly talk with the media. “Playing corner, you’re running down the field every time. Every time they try to go deep, you’re running with them. It’s like you’re running 70-yard sprints all the time and then go to special teams and run another 70-yard sprint to cover the kick. So, we have to be smart about that and where we’re playing him, giving him rest. We’ll try to manage that a little bit better than we have.”

In case you missed it, Butler’s Thursday afternoon comments about Blake echo those he had earlier in the day during his interview on Steelers Nation Radio.

Additionally, Butler was asked to address the cornerback situation as a whole ahead of Sunday night’s game against the Colts as it relates to us possibly seeing changes that head coach Mike Tomlin hinted could take place Sunday night during his Tuesday press conference.

“We’re going to move a couple of people around and let them play some, a little bit more than we’ve done in the past probably,” said Butler. “But, we’ll see when we get to the game. We’re still letting it kind of figure itself out, tomorrow too. We felt like we needed to get some guys some reps and we’ll see what happens when we get to game time. I’m not going to tell you who we are going to start, because I don’t want to tell them who we are starting.”

At this point, I think you can expect Blake and Ross Cockrell to split time Sunday night on the outside in the Steelers base defense opposite William Gay. Judging by comments made on Thursday by Butler, the team will more than likely rest Blake at some point during the game Sunday night being as he’s a core player on special teams. In other words, Blake might serve as the team’s base defense outside corner with Cockrell playing outside in the nickel on obvious passing downs.

So what’s going to happen with Brandon Boykin, will he see playing time in the slot in the defense’s nickel package? Personally, I will be shocked if he doesn’t. However, don’t expect Boykin to be on the field in the nickel if Butler thinks there’s a chance the Colts might run the football.

“We’re not going to put him [Boykin] in there when we think they’re running,” Butler said Thursday afternoon.

Butler was also asked about why Boykin has only played sparingly so far this season and his answer wasn’t overly shocking.

“Because, we really played decent football,” said Butler. “You say, “Well, you’ve given up all these yards and all this stuff,” but that’s a combination of a lot of things. It’s not that we’re going to make any changes or anything like that this week, we’re going to see how this thing pans out for these guys as we go through the week, and we’re going to make decisions based on what we’ve seen during the week, like Coach Tomlin said.”

Regardless of who plays outside Sunday night against the Colts, Butler made it clear that his entire defense needs to play much better than they did this past Sunday in the team’s loss to the Seattle Seahawks. Especially Blake and Cockrell.

“I think he’s [Blake] got to play better than he did last week, so does Ross, so do a lot of guys in the secondary, so do a lot of guys up front,” Butler said. “We all have to play better, we have to get to the quarterback a little bit better. If you look at that last touchdown pass they had, we were a split second from getting there on the blitz we ran. We kind of ran the blitz wrong from a couple of guys, and if we ran the blitz right, we would’ve gotten there on time and that wouldn’t have been an issue. We missed two tackles on that. I’ve been saying this all year long that we have to tackle. You’ve got to tackle the players in the National Football League. If you don’t tackle, then you’ll give up five, six, seven touchdowns. You don’t want to give up that many.”

So what have we learned this past week? In essence, not too much as it relates to the cornerback rotation that will ultimately be used Sunday night at Heinz Field. All will really know is that we can expect Gay to be on the field for every snap and that we think Boykin will at least play some. Additionally, Blake and Cockrell are both expected to play Sunday night as well.