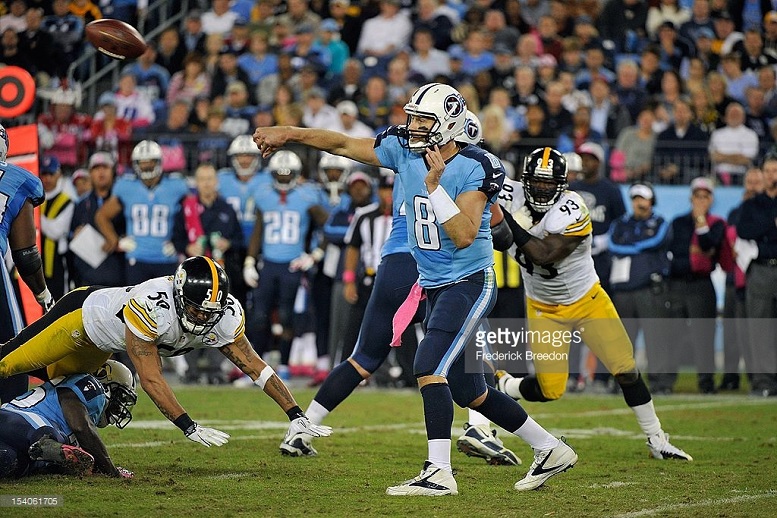 When the Pittsburgh Steelers host the Indianapolis Colts Sunday night at Heinz Field, they’ll likely be facing a familiar face in quarterback Matt Hasselbeck, who’s expected to get the start in place of the injured Andrew Luck. During his Tuesday press conference, Steelers head coach Mike Tomlin gave the 40-year-old veteran Hasselbeck a lot of respect during his preview of the upcoming contest.

“Matt Hasselbeck is a veteran, savvy signal caller, the type of guy that’s capable of doing what he’s done,” said Tomlin. “That’s why you have a savvy, veteran guy like him around. That’s the luxury that we enjoyed a number of years when we had guys like Charlie Batch and Byron Leftwich as backup quarterbacks. You know that they’re capable of carrying the load, you know that they’re extremely comfortable in doing so. You know that they’re not going to do anything to negatively adverse effect the journey. They’re going to spread the ball around to necessary people. They’re going to make good and quick decisions. They’re going to minimize negativity. He’s done all of those things. It’s given them a good opportunity to win in the last number of weeks that he’s participated.”

So far this season, Hasselbeck is 4-0 in the games that he’s started in place of Luck and that includes him completing 64.7% of his passes for 1,023 yards with 7 touchdown passes and only 2 interceptions. Additionally, the veteran Hasselbeck has completed 12 of his 26 pass attempts so far this season that have traveled more than 15 yards past the line of scrimmage in the air.

As previously noted, Hasselbeck has experience facing the Steelers during his long career and he enters Sunday night’s game with a 2-2 regular-season record against them. In Hasselbeck’s last game against the Steelers, which took place in Week 6 of the 2012 season when he was with the Tennessee Titans, he completed 25 of his 44 pass attempts in the game for 290 yards with 1 touchdown and 1 interception in his team’s 26-23 last-second-win.

If you don’t remember that game, the Titans were down 23-16 with 8:18 remaining in regulation and Hasselbeck led his offense on an 11 play, 80 yard drive to tie the game at 23. After a missed field goal by the Steelers on their ensuing possession, Hasselbeck and the Titans offense took possession of the football with 49 seconds left in regulation and they drove 33 yards in 5 plays for a game-winning 40-yard field goal as time in game expired.