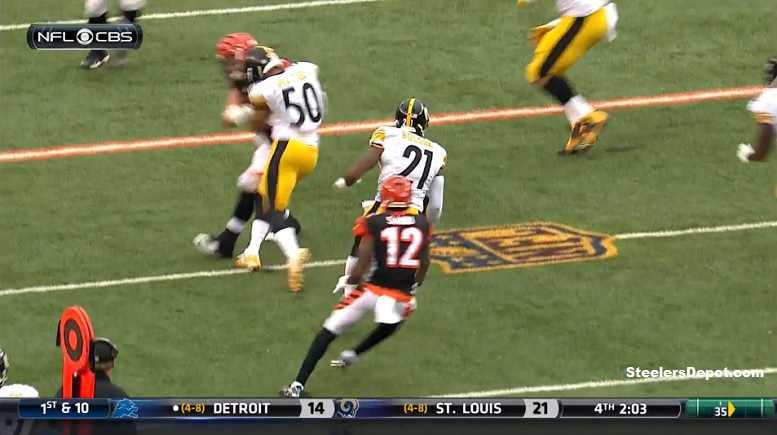 As soon as the all-22 tape of the Pittsburgh Steelers game against the Cincinnati Bengals is released, we’ll be breaking down the fourth quarter interception that safety Robert Golden registered. In the meantime, however, I thought we would look at a few blocks that were made during that return, in case you missed them.

Say what you will about Shazier missing games due to injury, but he certainly doesn’t shy away from contact when on the field. Even though Bodine outweighs him quite a bit, Shazier still aggressively blocked him.

As for Harrison’s block, we have seen that same kind of stuff out of him over the course of his career. Whenever there’s an interception, he turns into a lion stalking prey.