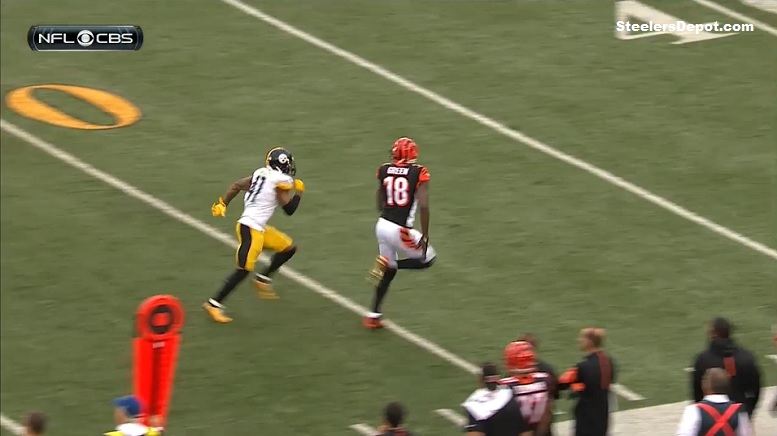 For several years now we have charted every game the Pittsburgh Steelers have played, because along with the game tape it, gives you a perfect picture as to what happened on every play during a game.

One of the benefits of our game charting is the ability to quickly drill down in order to see when and where a certain player lined up on the field. Lately, I have been closely monitoring how the Steelers have been utilizing their cornerbacks now that Brandon Boykin has started to see the field. Below are some charting observations from Sunday’s win over the Cincinnati Bengals.

From the fourth defensive series on and until the Bengals final offensive drive, the Steelers used Gay, Cockrell and Boykin in their nickel sub package. During that span of 27 sub package plays, McCarron was 11 of 18 for 119 yards (6.61YPA) with zero touchdowns and two interceptions. Boykin also registered 3 total tackles during that span.

After the game was well in hand in the fourth quarter, the Steelers decided to take Gay out of the game and that resulted in Cockrell, Blake and Boykin all being on the field together during the Bengals final offensive possession. The team also removed safety Mike Mitchell at that point and replaced him with Robert Golden. That drive resulted in a touchdown as McCarron drove the Bengals offense 80 yards in 10 plays. McCarron, by the way, was a perfect 8 for 8 on that final drive for 81 yards.