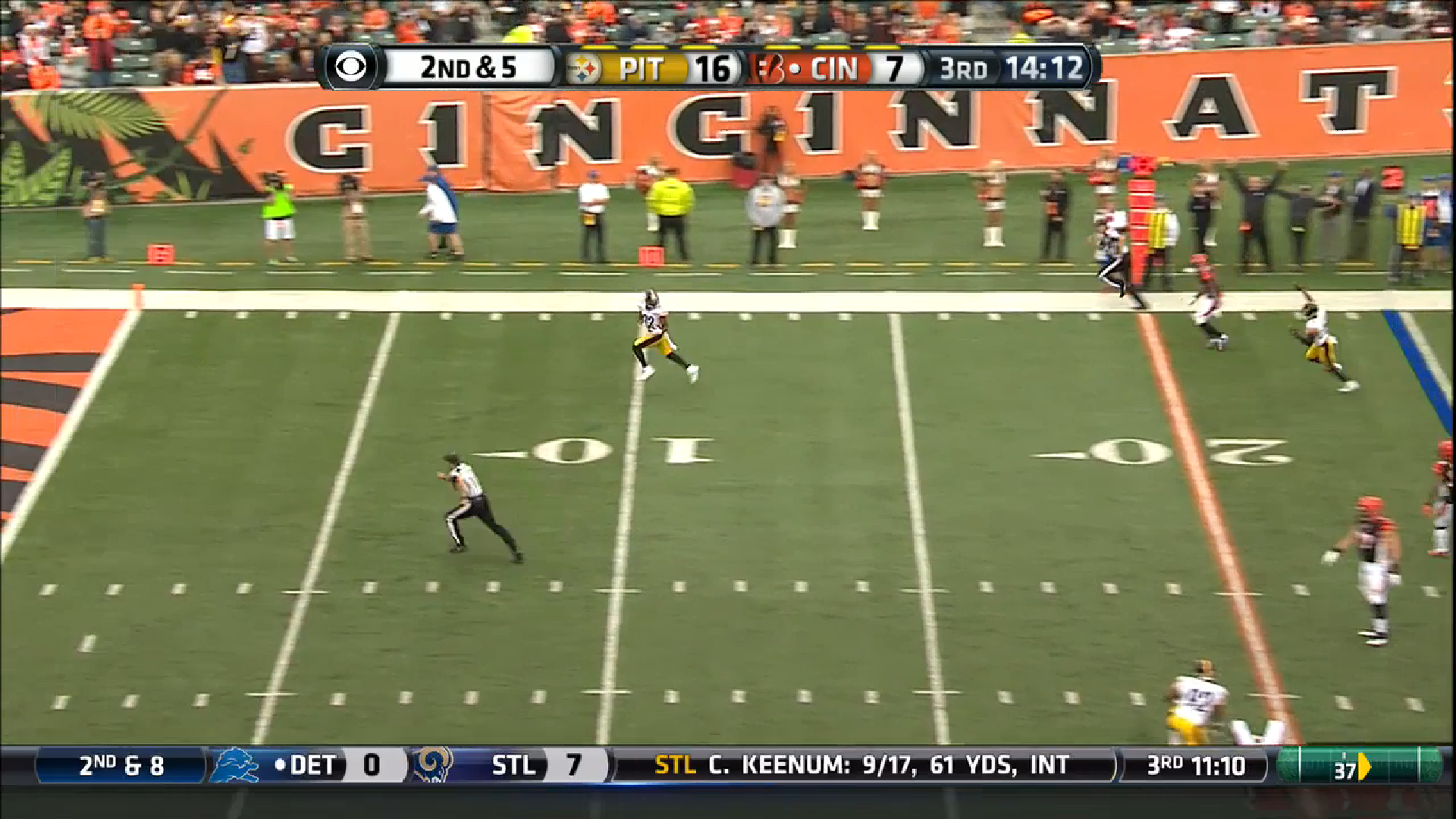 The Pittsburgh Steelers have made strides in many areas defensively this season, beginning to reverse the trends that have all gone downward over the course of the previous four years since their last playoff victory during the 2010 season.

One of the biggest areas in particular that has seen improvement has been in turning the ball over, and specifically, in getting interceptions. The Steelers have gotten 14 interceptions thus far this season, which is the most that they have had since 2010, and there are still three more games to play. Their previous high between the 2011 and 2014 seasons had been just 11.

But the fact that I want to point out is that, after last week’s game, every single player in the secondary this season that has received any amount of significant playing time has contributed at least one interception to the cause, with William Gay and Robert Golden each snaring their first passes of the season.

The former, of course, had three interceptions during the 2014 season to lead the team, and he returned each and every one of them for a touchdown. His interception last week was also returned for a score, his fifth straight interception converted into points, which is an NFL record.

For Golden, it was the first interception of his career, though that should not be surprising given how little he has played prior to this season. He has more than doubled his career snap total, playing 328 snaps this year, including his first three snaps.

Veteran safety Will Allen, who has started the other 10 games at strong safety, has also contributed an interception this season, and free safety Mike Mitchell, who has played in every game and has the second-most snaps in the secondary behind Gay with 825, has picked off three passes this season to lead the team, in addition to forcing a couple of fumbles.

The five interceptions from the safety position is key, considering that the Steelers went the entirety of the 2015 season without one from the back line. They did have five in 2013 as well, but had just three in 2012, and four in 2011. They had nine in 2010, with seven from Troy Polamalu.

The cornerbacks have not been idle either, as that group has come up with six interceptions of their own. Both Ross Cockrell and Antwon Blake have gotten two apiece, with each finding one in the end zone, and Blake returning the other to the opposite end zone for a score.

In addition to Gay’s pick six, Brandon Boykin has also snagged one pass. In all, the secondary accounts for 11 of the Steelers’ 14 interceptions this year. The Steelers as a team have not had more than that in a season in the last four years.

The most they have had as a group in that span has been nine, which game last year, and they have also gotten eight twice. But that is still a way off from the 14 of the 21 interceptions the Steelers registered in 2010.