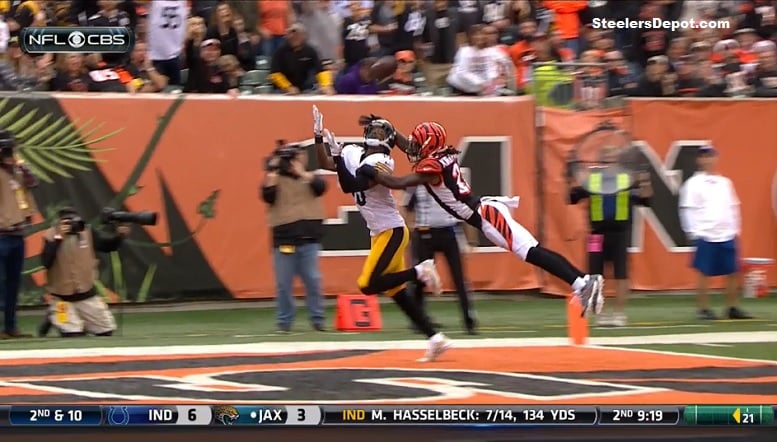 Roethlisberger only threw more than 15 yards down the field 5 times against the Bengals and he completed just two of those passes. One failed attempt wound up being intercepted while another was dropped by wide receiver Martavis Bryant in the end zone on a play that looked like pass interference could’ve been called on Bengals cornerback Dre Kirkpatrick.

While Roethlisberger chose not to go deep very often against a Bengals defense that likes to play two deep safeties quite a bit, his short passing game was certainly on target. 27 of his 39 pass attempts in the game flew less than 10 yards past the line of scrimmage and all but 5 were completed.

This coming Sunday at Heinz Field, we could once again see Roethlisberger utilize a shorter passing game similar to the one he used against the Bengals due to the defensive scheme used by the Denver Broncos. So far this season, the Broncos have only allowed 26 deep pass attempts to be completed against them on 80 total tries. Of those 26 completions, 22 resulted in explosive plays of 20 yards or more.