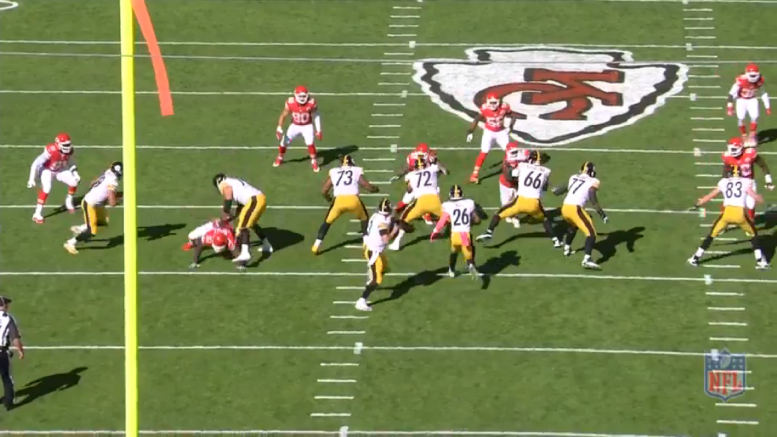 While he’s far from being considered a Pro Bowl left tackle right now, Alejandro Villanueva is continuing to make weekly progress as a starter for the Pittsburgh Steelers.

Villanueva, who became the Steelers starter in Week 7 after Kelvin Beachum was lost for the season to a knee injury, now has the attention of former Pro Bowl center LeCharles Bentley, who runs an offensive line academy for NFL prospects in Arizona. Recently, Jeremy Fowler of ESPN.com interviewed Bentley to get his thoughts on Villanueva.

“He moves so well for his size,” Bentley said. “You hearken back to Orlando Pace, Jonathan Ogden; for their size they were able to move in a manner to someone much smaller. [Villanueva] is a very large human being but doesn’t move like a large, lumbering person.

“He has a chance to be a pretty special player.”

Villanueva’s accession to the starting left tackle spot happened very quickly as the former Army Captain started the 2014 season on the Steelers practice squad as an underweight project after spending last year’s training camp and preseason as a defensive end with the Philadelphia Eagles. Villanueva not only had put on weight quickly since transitioning to the other side of the football, he had to quickly immerse himself in learning how to properly play tackle from offensive line coach Mike Munchak.

“Al’s come in and learned on the fly,” said guard David DeCastro earlier this week. “What he’s done from the past year, he was 240 pounds last year, came in practice squad year and just grew, grew, grew. One of those guys who’s a quick learner, so he’s just getting better every week.”

With Beachum scheduled to be an unrestricted free agent during the offseason, Villanueva now has four regular season games left to prove that he can be the team’s starter moving forward. According to Alex Kozora, he’s only allowed 3.5 sacks so far this season in the six games that he’s started.

While Villanueva’s current contract will be up after the 2016 season, the Steelers will be able to easily retain him for two more years after that as he’ll be an exclusive rights free agent at the conclusion of next year and a restricted free agent the following year.

“That’s not easy being thrown in, and he’s responded well,” Bentley said. “He’s just going out there and playing really hard, and it’s working.”