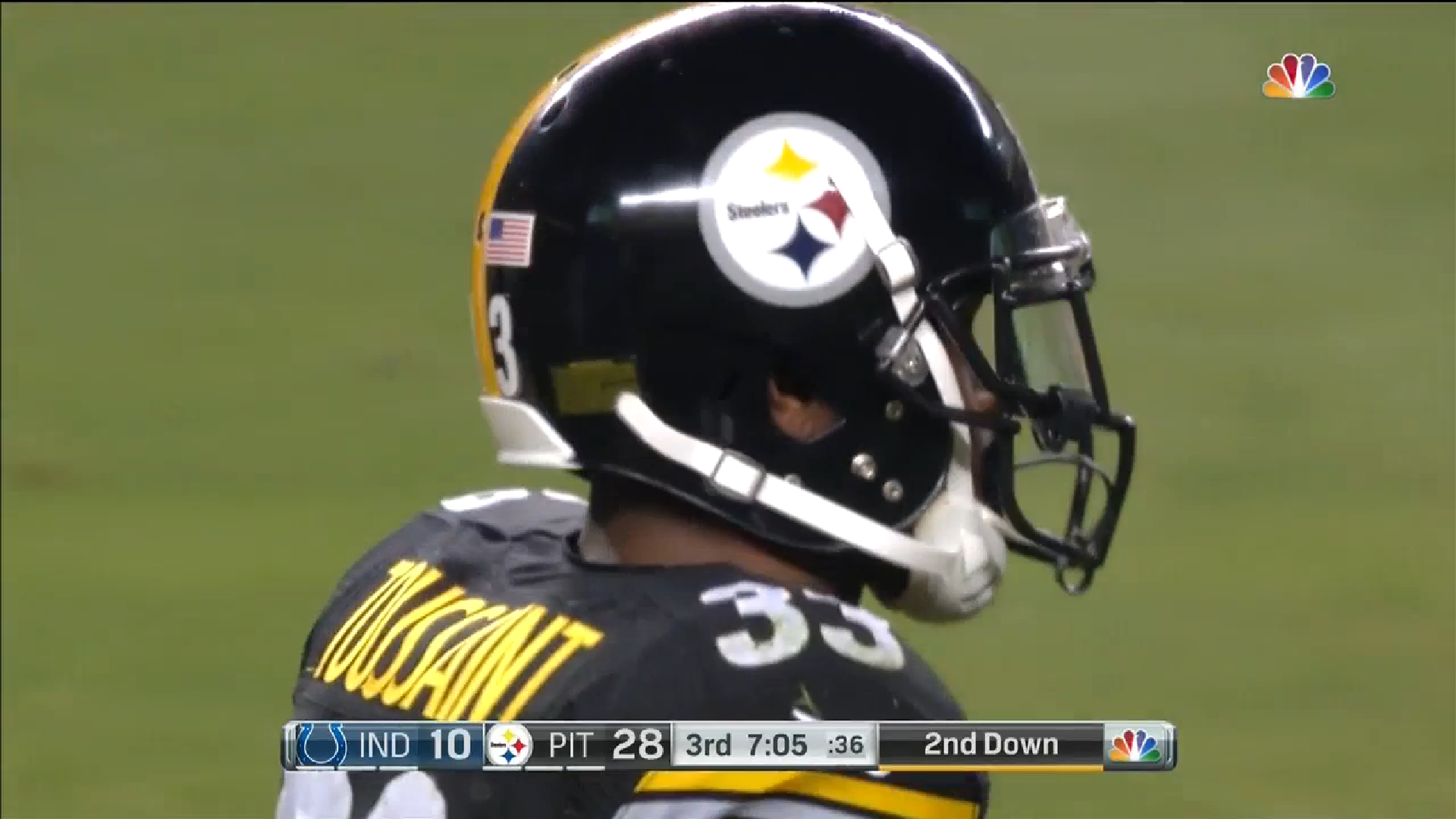 When you get down to talking about the 45th and 46th players to get a helmet for a game, there usually isn’t a great deal of intrigue involved in the discussion, but it was a bit curious to see second-year former undrafted free agent running back Fitzgerald Toussaint get a helmet over Jordan Todman on Sunday night for the Pittsburgh Steelers.

He not only got a helmet for the game, of course, he essentially played the role that Todman had been playing, and actually got more opportunities. The young running back served as the up back on special teams, and was also used as the backup to DeAngelo Williams, though the team has rarely used the services of more than one back in a game.

In this case, in a clear blowout, the Steelers made an exception, and yet they still managed to run Williams 26 times during the game, on which he totaled 134 yards. Toussaint was given four carries in brief spells to give Williams some snaps off, which is the total number of carries that Todman also has this season while spending the first 11 games on the active list.

One can’t help but wonder if Todman may have suffered a late injury, or an illness, or had done something, such as miss a meeting, that earned him a seat on the bench for the game, but there is no evidence to support this claim, nor has Mike Tomlin yet commented on Todman’s inactive status and Toussaint’s opportunity.

In fact, it has been an interesting and curious ascent for the latter over the course of the past couple of weeks, which presumably began during the Steelers’ bye week, which Tomlin spoke of as a time to get better acquainted with some of the more recent roster additions.

In that discussion he specifically named Todman and Isaiah Pead, two running backs that Pittsburgh acquired after the end of the preseason. Todman was signed a day after the final roster cuts were made when he was released by the Panthers. Pead was signed after Le’Veon Bell was placed on injured reserve.

After the bye, Pead was released, and Toussaint was promoted, though, like Pead, he did not dress for last week’s game in Seattle. Todman continued in his usual role as the up back, though he did not see any carries. He did have two carries the week before the bye.

So why was Toussaint active on Sunday night, and receive some playing time, while Todman was on the sideline in street clothes? After all, Toussaint had just six carries for 12 yards while serving on the Ravens’ roster for four games in 2014 before being released in the final roster cuts. Todman actually has found some success at this level.

Perhaps the Steelers went into the bye week wanting to get a long look at Todman and Pead, and maybe they got their looks and came away disappointed. Or maybe they got a better look at Toussaint, who had been on the team’s practice squad for the length of the regular season, and he earned his way into this spot. Only Tomlin can provide the answer.