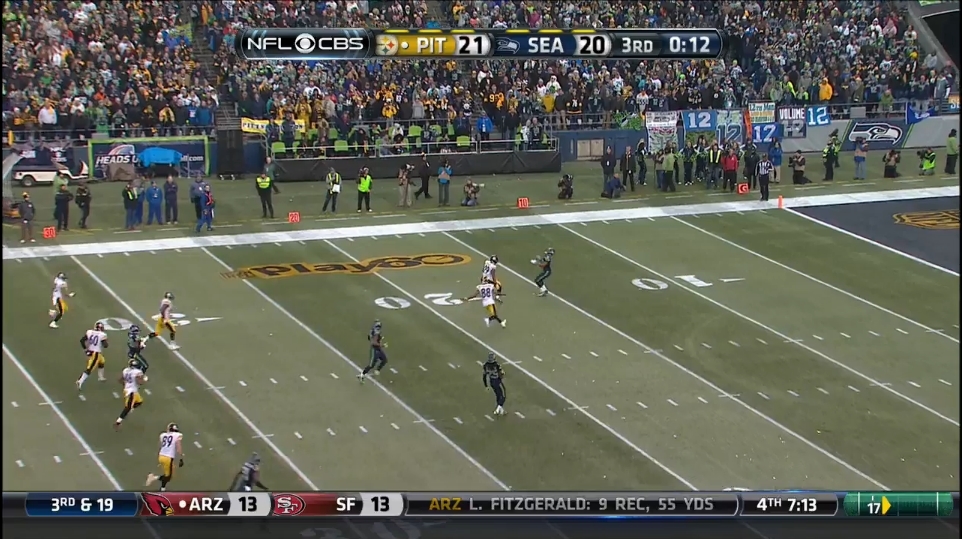 Danny Smith was upset over the flag thrown on Shamarko Thomas for his fair catch interference Sunday against the Seattle Seahawks.

Always candid about the NFL rulebook, Smith told Bob Labriola in this week’s Coordinator Corner that he didn’t agree with the call.

“The rule reads you’re not allowed to impeded the progress of the return…there is no halo rule, there is no distance rule, or anything in the pros. You simply have to allow him the ability to make the catch.” Smith told Labriola, dispelling the myth of a one yard restriction zone defenders must adhere to on punt coverage.

With those rules in mind, Smith doesn’t believe Thomas was in violation.

“As [the returner] kept sliding to his right, he never changed his course. He was able to slide right with people around him, in particular Shamarko with Darrius Heyward-Bey coming from the other side. His progress was never impeded. We never bumped into him. We didn’t make him change his course. We didn’t make him run around us to get to the football. Therefore, I wonder about our interpenetration of the rule in that fashion.”

While there was some anger directed towards Thomas following the game, including from me, it seems he has been given a pass for the penalty in the eyes of the coaching staff.

Smith was more upset over Antwon Blake’s holding call that nullified Jaocby Jones’ punt return at the very end of the first half.

“We had a 25 yard punt return called back on a holding call. The things that we gave them, you can’t do. That was one of the most frustrating things. 25 yard return to the 40 yard line is pretty special on a punt. We got that…but we had the penalty on the play which brings the ball back. And those aren’t ten yard penalties to me. They’re field position penalties. We had the ball at the 40, we started 18 yards back because it’s from the spot of the foul.”

Jones had his best game as a Steeler and will look to improve on that Sunday night against the Indianapolis Colts.