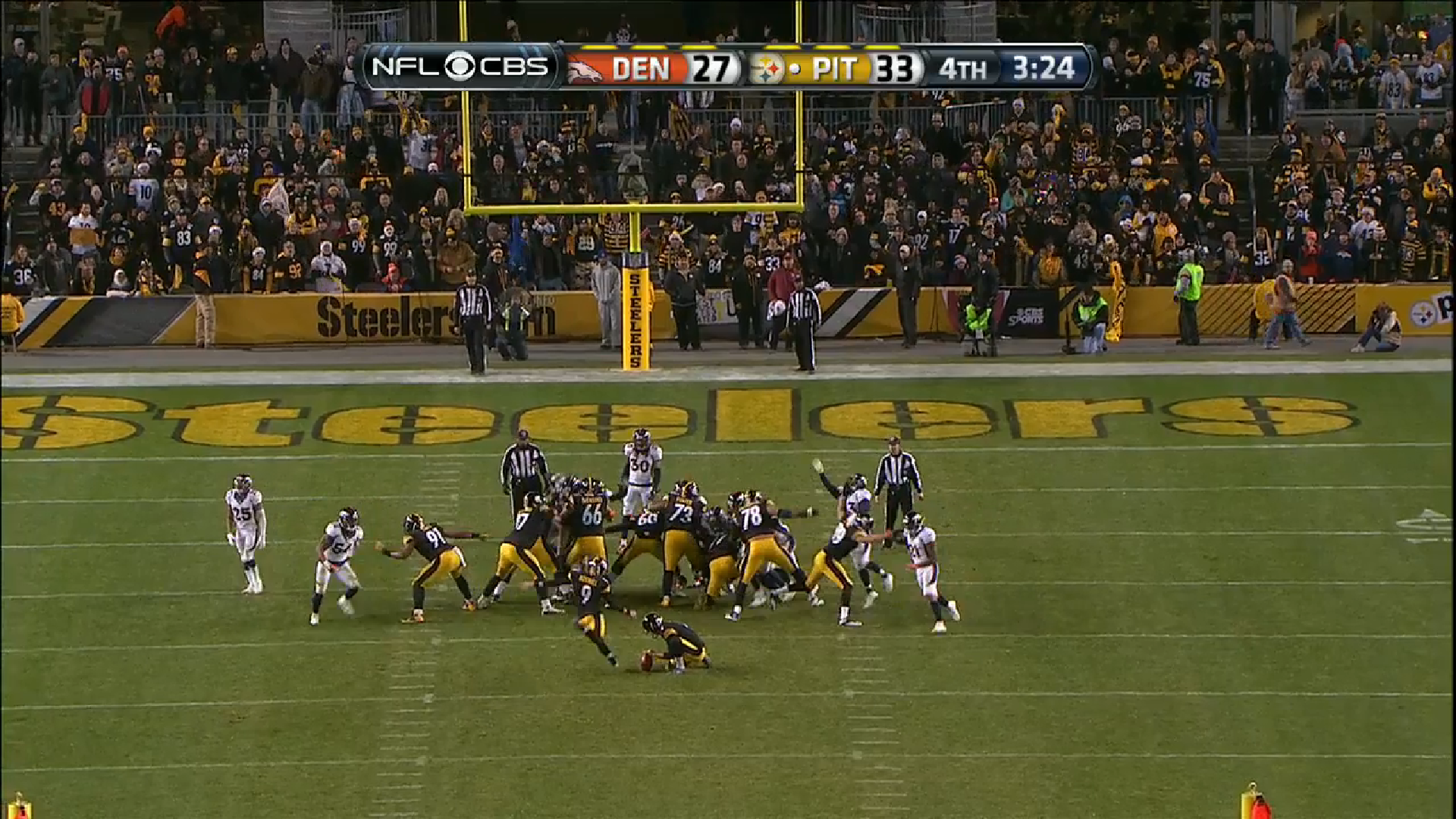 Normally, there is not a great deal to be written about a kicker, but considering the circumstances surrounding the position that the Pittsburgh Steelers have had to endure this season, the year that first-year kicker Chris Boswell has had is certainly commendable, and worth paying attention to.

After all, he just made some franchise history on Sunday evening during the Steelers’ 34-27 victory over the Denver Broncos, during which he went 2-for-2 on field goals and 4-for-4 on extra point attempts, for a total of 10 points scored.

In scoring 10 points in that game, he tied a franchise record for the most consecutive games played while scoring at least 10 points, which is a record that former kicking great Gary Anderson set in 1985, and which he held independently for 30 years.

Equally significant is the fact that, with his two made field goals, Boswell reached 26 made field goals on the season, which passed Kris Brown for the most made field goals by a rookie or first-year player in the history of the franchise. Brown set the previous mark during the 1999 season.

But there is more team history left for him in sight during the course of the next two games. Currently having made 26 of 28 attempted field goals, Boswell has an accuracy percentage of 92.9 at the moment, which stands as the fourth-highest single season mark in franchise history among eligible kickers.

Shaun Suisham owns the franchise’s best mark for accuracy in a single season, posted in just 2013, when he successfully made 30 of 32 field goals for a 93.8 percent accuracy rating. If Boswell makes his next four field goals, he will tie the record. Should he make his next five, he will break it.

That is provided that he gets five opportunities to kick a field goal over the course of the last two games, although that has not been a significant issue. He has attempted at least three field goals in 60 percent of his games played. He has been limited to only one attempt in a game in 20 percent of his games.

There were only two two-game periods, from Weeks Seven to Nine, in which he did not attempt at least five field goals. In other words, it stands to reason that he has a great chance of being afforded the opportunity to set the franchise accuracy rating for a single season. He has 18 field goal attempts in his last six games, averaging three per game.

The fact that the Steelers were able to essentially pull a guy off the streets who’s never kicked in an NFL game before, and to find this success, has to be the most remarkable part of the whole story.

The details have been lain out a number of times, how Boswell has been the Steelers’ third attempt at replacing Suisham after the veteran kicker tore his ACL in the preseason. He was brought in four games into the season, and has a chance at perhaps the best year a kicker has ever had for the team.