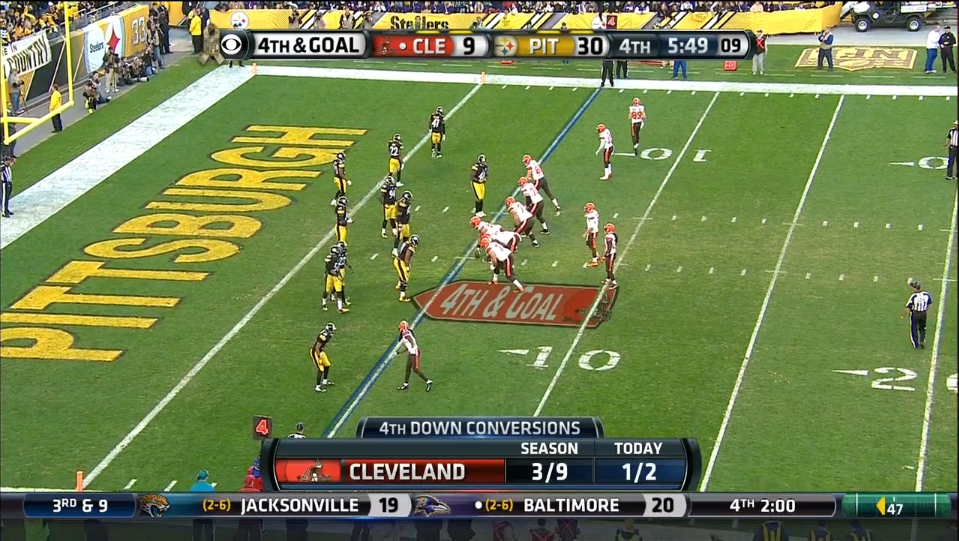 As with any team, you’ll look back in the rearview mirror and really wish you had one particular game out.

For the 2015 edition of the Pittsburgh Steelers, that game will very likely wind up being their loss to the Kansas City Chiefs.

The Steelers are on the outside looking in, the eighth seed if the playoffs ended today. Last week broke poorly for them, though ultimately, they have only themselves to blame with a loss in a winnable game against the Seattle Seahawks. The Chiefs beat the Buffalo Bills, vaulting into the 5th spot, earning the tiebreaker over the Steelers with their head-to-head victory.

This is the NFL and this season, as all the others, have shown its unpredictability. The Steelers could win out. The Chiefs could go into a funk. It’s all on the table.

But man, looking at the remaining schedule, the Chiefs have runway lights pointing to the 5th seed.

Sunday, they travel to Oakland in what should be a close game. In Week 14, they host an awful San Diego Chargers team starting the JV squad along the offensive line the entire year and has seen their top weapons fall to injury. The following two contests are a visit to Baltimore – starting Matt Schaub at quarterback, drink – and host Cleveland – who will probably be starting Brian Sipe by then, chug – in what should be two layup victories. The season finishes out with a home game against the Raiders.

If the Chiefs go anything worse than 4-1, it would be a minor miracle. That would put them at finishing 10-6 and with the tiebreaker, almost certainly ahead of the Steelers, forcing Pittsburgh to win out as the only way to leapfrog them.

Again, I get it, it’s the NFL. I am normally one to loathe schedule watching because you’re practically guaranteed to be wrong, but we’re not projecting an entire season based off of very little information. We’re looking at a small sample size, five weeks, based on a lot of information to work with. The Chiefs are a good team, winners of five in a row, with a soft schedule.

It leaves Pittsburgh fighting with a host of others for the sixth seed: the Houston Texans, the New York Jets, and even still the Oakland Raiders. Who knows who emerges from that pile, it truly is a casserole of parity. The Steelers are facing an uphill climb with tough opponents remaining – they’ll probably be underdogs against the Denver Broncos and the Cincinnati Bengals. 10-6 still probably gets the Steelers into the playoffs, meaning they have to go 4-1 the rest of the way. Drop two games and you’re probably looking for a lot of help, hoping those aforementioned teams fall.

The bottom line is that it appears the Steelers are now down to fight for one playoff spot with several other teams. It’s going to add to what is already an emotional season down the final stretch.