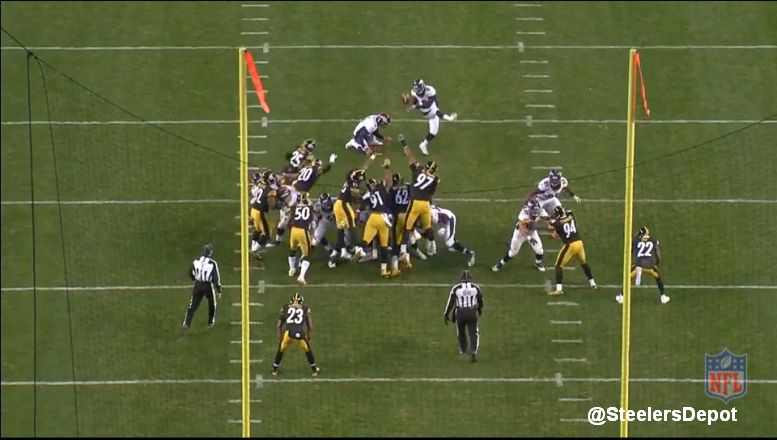 It’s fair to call Cam Heyward a Pro Bowl snub. I really don’t care about those discussions. It’s mostly just mid-week fodder we all forget in a week. Pro Bowl selections are barely accolades now and in five years, will be dismissed as meaningless popularity contests. If you follow football, you know who is good in this league.

Heyward is better than good. He’s great. Among the best in his position. He’s in that group for a variety reasons. “Let me count the ways,” to take a line from Mike Tomlin’s Tuesday press conference, circa 1595. We can talk about Heyward’s ability to get after the quarterback. Or ability to hold the point of attack against the run. Or his incredible heart and hustle, chasing plays downfield no one else in the league does.

But there’s one area I really admire from him. One we don’t talk – or care – much about. He’s quietly one of the best threats at blocking field goals, and he already has two this year. And though he didn’t get one against the Denver Broncos, he came close. Let’s take a look.

He and Danny Smith are a great pair. Smith puts in the preparation to study the kicker’s tendency for what gap the ball will travel over – over the left guard, the center, you get the idea. On this extra point by Brandon McManus, Heyward is lined up in the correct spot. He times it as well as you can hope for and the ball just travels over his hand.

We again see impressive timing and elevation even if he doesn’t block it. This extra point sailed wide right. No chance for that block because of how inaccurate it is but doesn’t take away from what we see from Heyward. 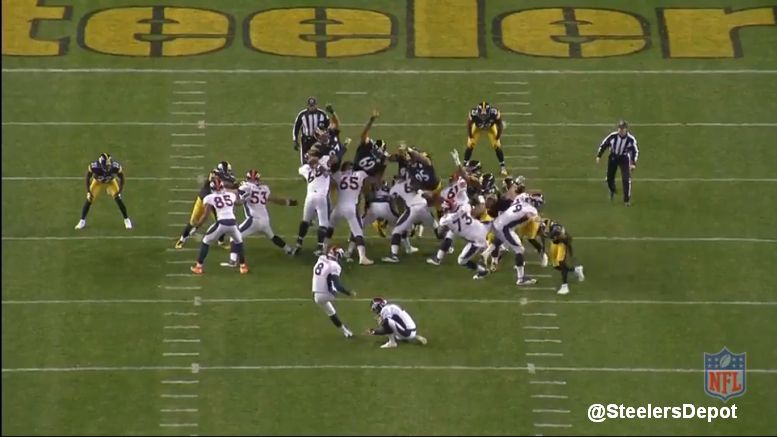 In the last example, Heyward misses this ball by about six inches to the left. It’s a testament to preparation from Smith and Heyward’s athleticism to routinely come this close. 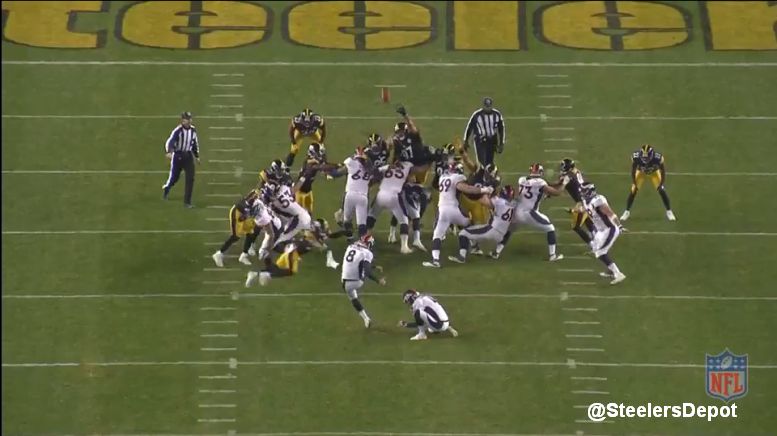 We’ve written about Danny Smith’s breakdown of blocking field goals before. If you missed it, here’s a quote.

Heyward shows impeccable timing. It all starts with pride. You don’t make these plays if you couldn’t care less about making a play. It’s easy to take these plays off, especially for studs like Heyward. Go hard for a ten play drive, then line up for the field goal after the offense just whooped you. No harm in mailing in the extra point, right?

He’s just wired as that hyper-competitive athlete who isn’t going to give up on any play. While I’ve never been a kicker, I’m sure that sits in the back of their mind. If they low-line one, there’s a great chance Heyward is swatting it back in their face. And it’s not as if you can do much to avoid him. Kickers are too rhythmic. You can’t switch up where the ball is going week-to-week. You just have to hope you’re able to execute and he can’t. So Heyward will continue to be a headache on special teams, just as he is on defense.