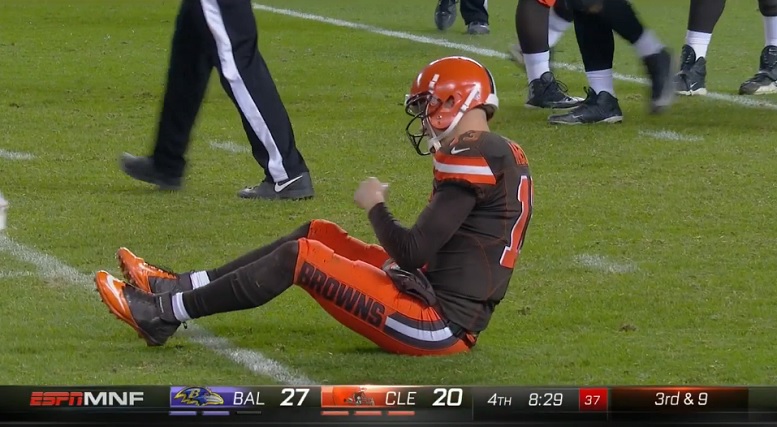 While we don’t know which quarterback the Pittsburgh Steelers will face in Week 17 when they play the Cleveland Browns, we now know that it won’t be veteran Josh McCown.

According to Browns head coach Mike Pettine on Wednesday, McCown broke his collarbone Monday night in the team’s loss to the Baltimore Ravens and as result he will be lost for the remainder of the season.

Pettine wasn’t ready to say whether or not Johnny Manziel or Austin Davis will start for the team at quarterback moving forward.

“We’ll take everything into consideration and make the decision that’s best for the team,” Pettine said Wednesday.

Monday night, Davis took over for McCown after he left the game injured and he was 7 of 10 passing for 77 yards and touchdown in the Browns last-second loss.

Manziel, who was demoted to third-string just last week after a video of him partying during the team’s bye surfaced, did dress Monday night but that was only because the Browns had a full inactive list of injured players.

Manziel started the Browns Week 10 game against the Steelers and completed 33 of 45 passes for 372 yards with a touchdown an interception in the loss. He was to be the Browns starter for the remainder of the season after that performance until the team took action against him last week.

In somewhat related news, the Browns announced on Tuesday that they are expecting to sign wide receiver Terrelle Pryor back to their roster.