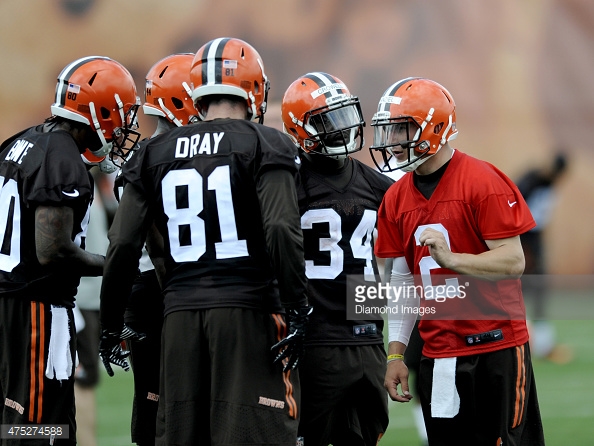 Feels like we’ve been down this road before, hasn’t it?

That’s because we have. Mike Pettine told the Cleveland media he may bench Johnny Manziel for the final game of the regular season against the Pittsburgh Steelers.

The latest comment stems from yet another video of Manziel drinking. The video appeared on Instagram of Manziel holding a Four Loko in his hand. Busted Coverage snagged the video and put it on their Instagram page.

Pettine told Mary Kay Cabot that he “wouldn’t rule out” pulling Manziel for the final week. He was benched for two games earlier this season after a video of him surfaced drinking during the team’s bye week.

While this second video is a lot more innocuous, Manziel continues to follow a path of poor public decisions. Right or wrong, every misstep he makes will be magnified under the national spotlight.

Manziel has struggled on the field over the last two games, throwing for just 297 combined yards despite 64 attempts. In a Sunday loss to the Kansas City Chiefs, Manziel completed only 40.6% of his passes and threw a pick. His best game of the season came against the Steelers back in November, throwing for 372 yards and with a completion percentage of 73.3.

If Manziel is benched, Austin Davis will earn the start. Davis started once this year, throwing for 230 yards and one interception in a 37-3 loss to the Cincinnati Bengals. The Browns’ offense figures to be a mess regardless of who is under center. They’ve scored more than 13 points just once over the last month.

The Steelers, as Dave Bryan wrote last night, need to beat the Browns and have the Buffalo Bills knock off the New York Jets in order to make the playoffs.