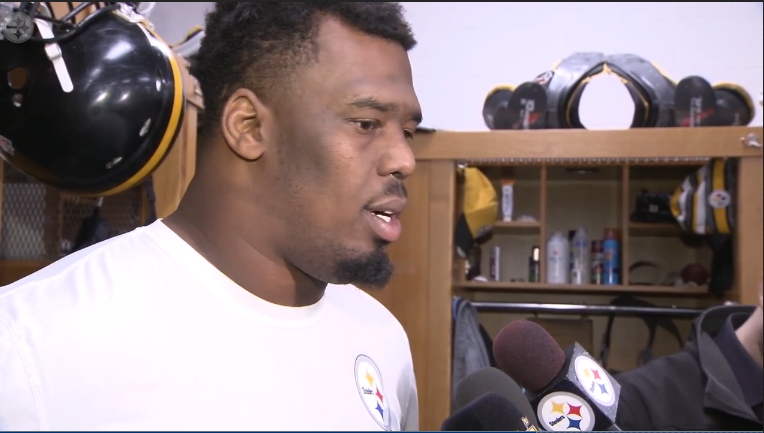 The on-field festivities are long over but the Pittsburgh Steelers and Cincinnati Bengals are still going at it on social media.

Though most of the Bengals’ comments have come from Adam Jones and Vontaze Burfict, it’s linebacker Marquise Flowers who had easily the ugliest comment directed towards the Steelers.

I’d call the following tweet NSFW so if you’re reading this at work (read: you probably are), look over your shoulder before scrolling down. 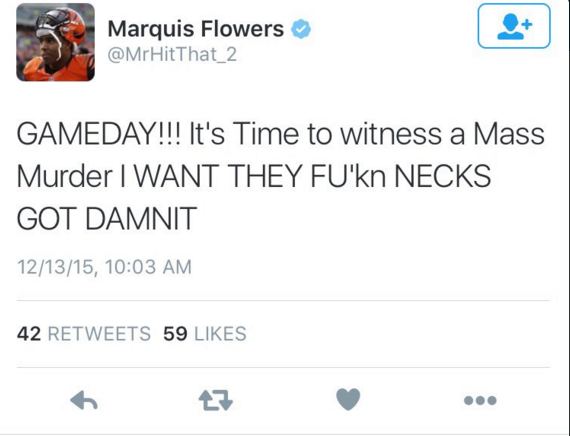 Flowers would later apologize for the comments and several hours after the game, finally deleted the tweet.

Jones, who had some choice words for the Steelers before kickoff, continued his tantrum after it.

According to Mark Kaboly, Gilbert also called defensive end Wallace Gilberry – involved in the pre-game scuffle – a “clown” who “doesn’t do anything.”

DeAngelo Williams also had some fun with Burfict’s comments.

In what felt like an old-school Ravens/Steelers matchup, I’m sure you and I would love to see these teams meet one more time in the playoffs. You can only imagine what the players would say before and after such a game.

The Steelers thwarted the Bengals’ ability to win the AFC North Sunday and still have a chance to pass the Bengals. If Cincinnati loses out or goes 1-2, with that one win being over the San Francisco 49ers, and the Steelers win out, the Steelers will own the tiebreaker and win the North due to a strength of victory advantage.