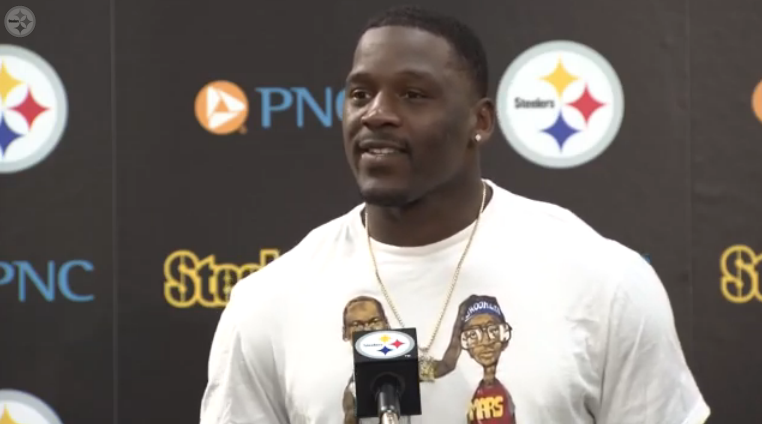 Arthur Moats is no rookie. He’s been around the NFL for now six years. It makes him a veteran and not much is going to surprise him anymore.

Not even James Harrison. The ageless wonder.

“That’s James Harrison, man. He’s been doing that for a long time. but it’s his work ethic. His work ethic is crazy,” Moats said about him in a press conference on Monday.

“You see this guy come in at 37 years old and he’s working out and drenched in sweat every morning before some guys are even out of bed, you can just see the type of desire he still has to be great.”

Being around him every day, Moats has received a personal look at the type of player and dedication Harrison brings.

“I know for me personally, me working out with him, I’m never surprised by it because I know the work we put in. But for somebody who may not see him and just looks at his age, they can probably say, ‘this is crazy, this guy being so productive and playing this many snaps.'”

Since the bye week, Harrison has played 62.7% of snaps, well up from his season percentage of 53.4%. He’s been perhaps most impressive after the last two weeks. He had three sacks against the Indianapolis Colts and his pressure on A.J. McCarron against the Cincinnati Bengals resulted in a William Gay pick-six.

We’ve already noted how close Harrison is to the franchise sack record.

As far Moats, as much as he will try to emulate Harrison, playing until he’s 37 – another ten years – seems like a longshot. But he’ll sure give it a try.