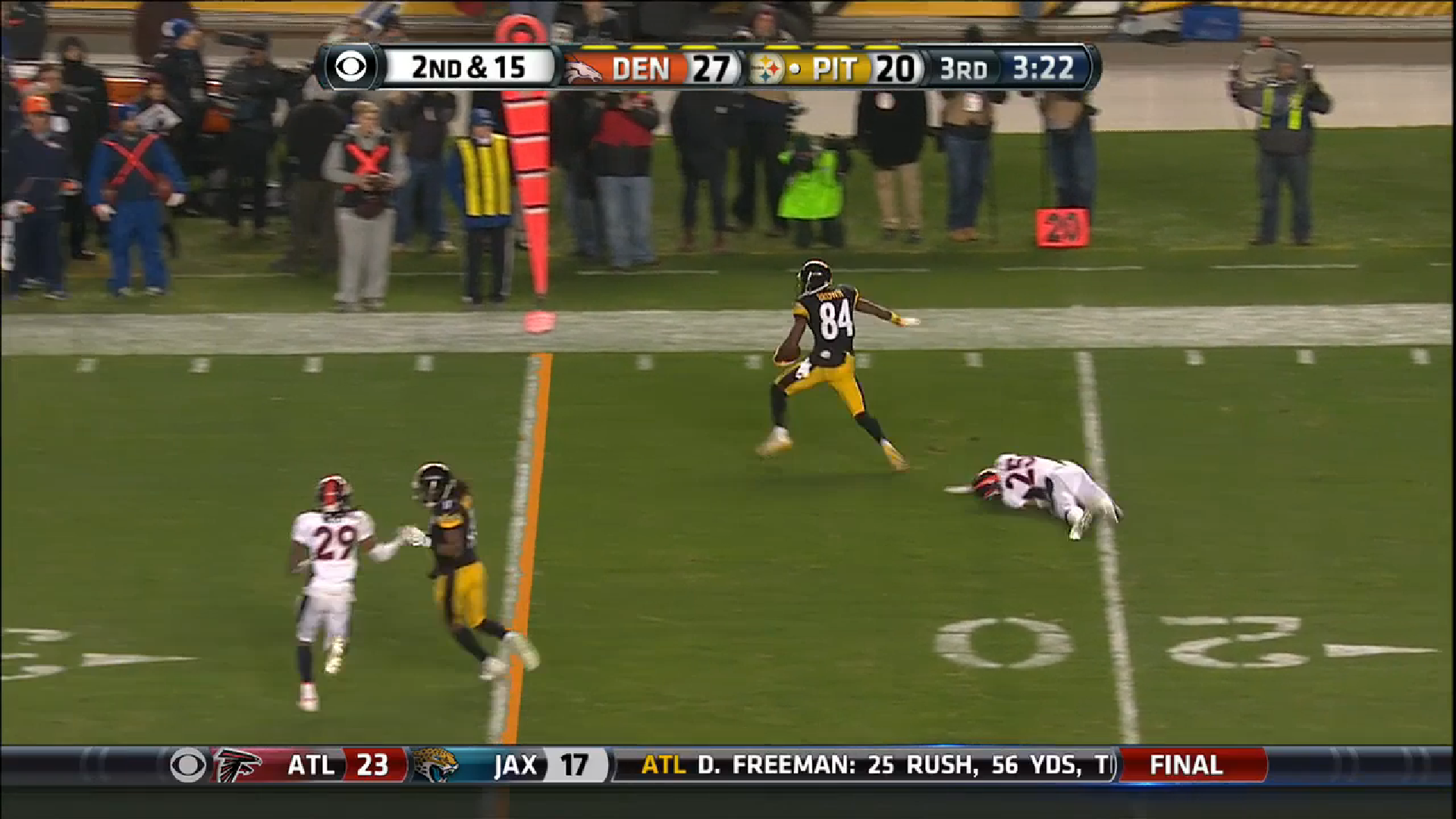 There has already been a ton written, and a ton to digest, about Pittsburgh Steelers wide receiver Antonio Brown’s big day on Sunday against the Broncos, during which he recorded 16 receptions for 189 yards and two touchdowns. Among those 16 receptions was the game-winning touchdown and a game-sealing third-down conversion.

In doing so, he became the second player in NFL history to record three straight seasons of 110 or more receptions. His 355 receptions dating back to the start of the 2013 season is the most ever in a three-season span. He also became the first player ever with multiple 15-reception games in the same season, and the second wide receiver with three straight seasons of over 1500 yards from scrimmage.

But perhaps the most notable achievement of all is the fact that, on a 20-yard reception late in the third quarter for his 10th of the game, became the second-fastest player in NFL history to achieve 500 career receptions.

Brown, in his sixth season, achieved the feat in the 84th game played of his career. Anquan Boldin, at the time a member of the Arizona Cardinals, became the fastest player to 500 in his 80th game played, back in 2008, the year his team was defeated by the Steelers in Super Bowl XLIII.

The only difference is that Boldin had missed more time during his career up to that point due to injuries. In fact, he missed four games in 2008, as well as another four in 2007. He missed two games in 2005, and six in 2004, his second year in the league.

There is one other difference, however; unlike Boldin, Brown had to work his way up the depth chart over the length of his career as a sixth-round draft pick. Boldin caught 101 passes as a rookie. Brown played in nine games his rookie season and had just 16 receptions.

Things began to accelerate from there, but only gradually. By 2011, his second season, he began to get more playing time as the season progressed and finished with 69 receptions. The following year, he moved into the starting lineup, but was limited to 66 receptions after missing three games due to an ankle injury, the only time missed due to injury in his career up to this point.

Granted, he has unquestionably developed over time, but had he been given a role more suited to his talent level earlier on in his career, he likely would have come in to 500 career receptions ahead of Boldin’s 80 career games. In a way, that only makes his achievement a bit more remarkable.