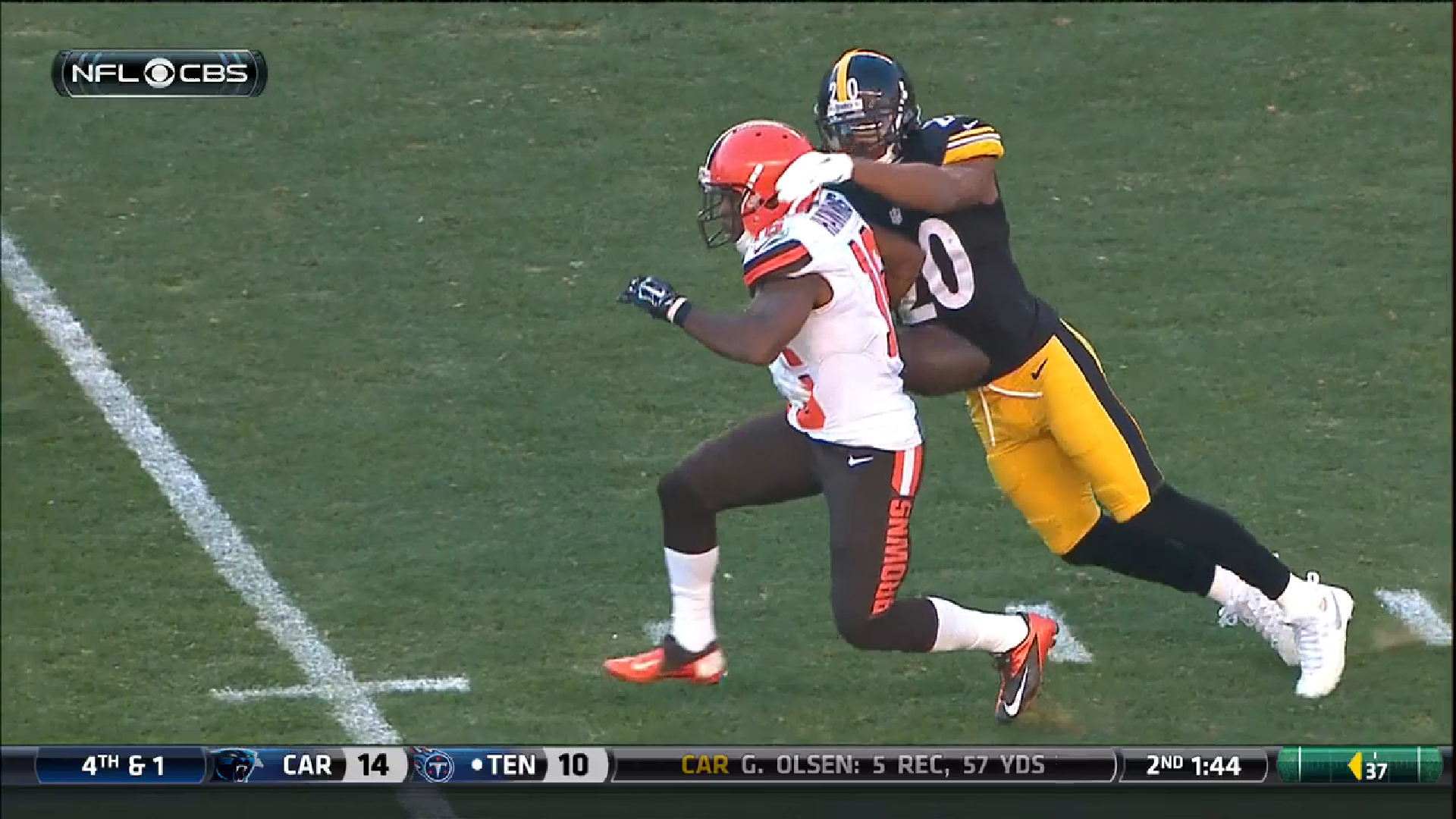 The Pittsburgh Steelers defense has been surprisingly successful this season in a number of areas under first-year defensive coordinator—and longtime linebackers coach—Keith Butler, among them rushing defense, sacks, turnovers, explosive plays, and points allowed.

One area that has seriously lagged behind, however, is the passing yardage surrendered per game, which has been on more of a downturn in recent games, giving up over 300 yards in each of the last two, and four out of the last six. The defense allowed under 300 in each of the first four games, including two games under 200, but then gave up 354 and then 414 yards in consecutive weeks.

While he has certainly been happy to see the improvement in many areas of a defense that he has been a part of for more than half a decade, the sheer volume of yardage allowed through the air has not been sitting well with veteran safety Will Allen, who missed three starts and all but eight snaps in a four-week span earlier this year.

During the bye week, Allen has challenged his defensive teammates to embrace a new goal over the course of the last six games: hold teams to between 200 and 250 yards through the air per game, which is a loftier goal in today’s NFL than you might think.

For perspective, the Lions rank closest to giving up 250 yards per game, set at 250.5 yards through the air allowed, and they rank 19th, to establish the top of the threshold. Only one team in the league is allowing less than 207 yards per game.

Following their last two performances, the defensive efficiency against the pass has gone down, with Pittsburgh now giving up 278.4 yards through the air per game, which ranks 28th in the league.

That is certainly not where they want to be, but they have still done comparably well in defending explosive plays. Their 31 explosive plays allowed through the air—just over three per game, of course—ranks tied for the 10th-fewest in the league.

As a matter of fact, on a per-play basis, the Steelers actually do quite well in terms of limiting big plays. Their 31 explosive plays surrendered on 393 total pass attempts yields one explosive play per 12.68 pass attempts, which ranks as the fifth-best league-wide, behind only the Buccaneers, Falcons, Rams, and Bengals. I will have a more extensive look at this list tomorrow.

Nevertheless, the team is still giving up nearly 280 yards per game through the air, and 7.5 yards per attempt, even if a proportionally small number of those attempts go for big gains. As Allen said, “these last few weeks, 300 yards a game is not good”. The Steelers have only held opponents to under 250 yards passing just four times this year, 40 percent of the time. Can they lock down after the bye?