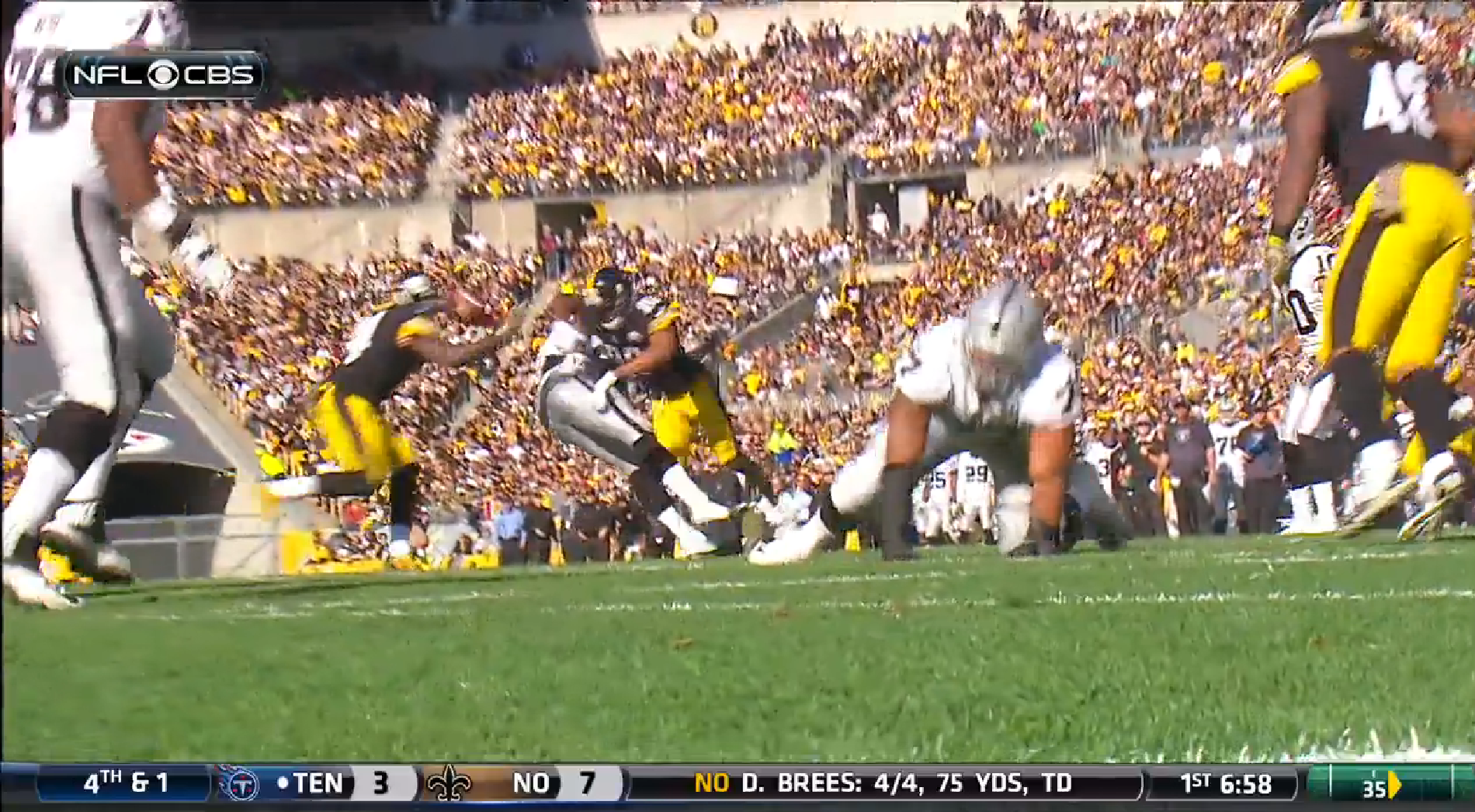 Pittsburgh Steelers veteran safety Will Allen not only returned from injury, he also returned to the starting lineup after missing the past three games, and all but eight snaps of the game before that, due to an ankle injury.

It was a bit of a questionable decision given that, in his place, Robert Golden had seemed to establish a level of comfort and consistency with the rest of the defense over the course of the previous four games; Allen was never set in stone to be the starter in the first place.

But while Golden did get some playing time in the game, registering a couple of tackles, it was Allen logging most of the snaps during the game, and he had a seemingly typical performance at this stage in his career, missed tackles and all. He had a couple of impact plays, including a hit that broke up a third-down completion on the Raiders’ second drive to force a three-and-out.

In the second quarter, on the same drive, he was taken out by a pulling blocker on a sizable run, missed a tackle on another run, and then had good coverage on a third-down incompletion, throwing in a routine tackle on a running play earlier in the drive.

On the next drive, he was the one to take out the lead blocker, forcing the back to bounce the run outside, where the help was, and the result was a fumble, though the ball popped out of bounds in a lucky break for the Raiders.

Then on the Raiders’ second drive of the third quarter, Allen inexplicably spun off the back of a wide receiver making an attempt at a run block, in doing so spinning out of control and opening up a running lane for 15 yards.

It was Golden who had to clean up and make the tackle down the field. Allen gave up a reception over his head in his coverage for 17 yards on the next play, with Golden again making the tackle on back-to-back plays. But it was Allen who made the tackle following a blown coverage at the one-yard line who temporarily prevented a touchdown.

Toward the end of the third quarter, Allen put a hit on the tight end on another third-down target that popped the ball loose and was nearly intercepted, two third-down passes broken up because of his hits during the game.

Then the 12th-year veteran proceeded to miss a tackle in the hole on the Raiders’ backup fullback on a 19-yard touchdown run that started a treacherous fourth-quarter roller coaster that forced the Steelers to win with a late field goal after being up 14.

The quality that the Steelers value so highly in Allen, as the veteran presence, is his intimate knowledge of the defense, and his ability to always be where he is supposed to be to give himself and his team the opportunity to make the play. The problem is that, particularly during this season, he has frequently not been able to make it. Even if he does make some plays, the missed tackles are hard to overcome.